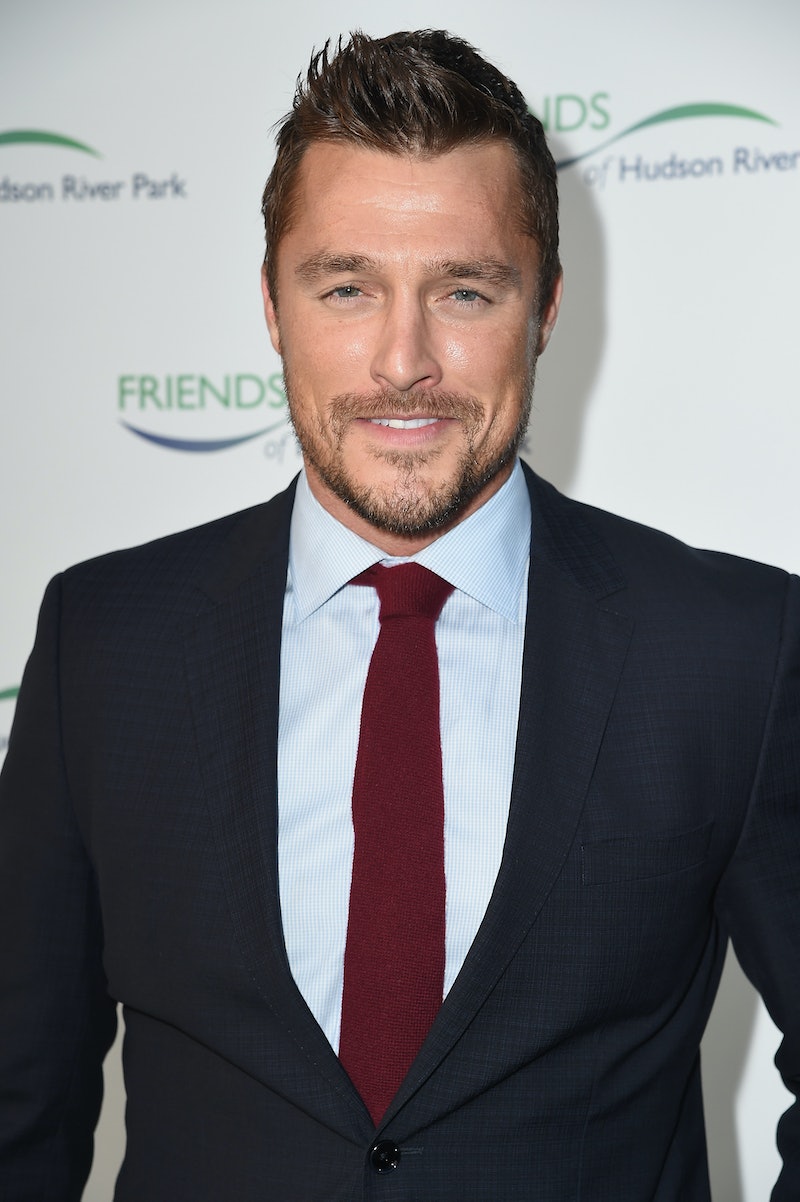 As a self-proclaimed Bachelor expert, I'd like to think I'm a pretty good judge of ABC's leading men. And although his season was a little dull, I always thought Chris Soules was one of the most normal Bachelors to ever look for love on the show. After all, he's just a friendly, good looking guy's guy from Iowa who's super into his farm — kinda boring, but totally harmless. But, after following him on Twitter, I'm slowly starting to realize I may have been wrong. Chris Soules' tweets are insane, and if you haven't realized it, it's time you did.

Don't get me wrong — a lot of what he posts is just kind of #farmlife-themed stuff, plus pictures of his niece. But, the way he puts things is occasionally really confusing, and I'm a little concerned about him. Chris, are you OK? Did The Bachelor do this to you, or was it Dancing With The Stars? Did you have one too many two-on-one dates? You can tell me, Chris. This is a safe space.

Here are some of Chris' most insane tweets, just in case you don't believe me. Follow him. It's worth it —if just for the laughs.

Chris. You see these every day on the farm.

2. The Sexiest Investment In The World

Um, are you sure?

3. Gotta Get 'Em In The Ground

I realize these are Blake Shelton lyrics, but at this point it's just making me uncomfortable.

Chris, no. Leave them alone.

I think by this point he realized his typo...

10. Farmers At The Oscars

These awards are for actors, Chris, not just people in various trades.

You're telling me a man who willingly participated in both The Bachelorette and The Bachelor doesn't know what Teen Mom is? I'm not buying it.

Is he seriously using scissors instead of knives?

Chris, you live on a farm and you buy frozen broccoli?!

TBH this sounds better than the Badlands.

19. Hanging With Children As A Last Resort

Please tell me he hangs out with these adorable kids even when the ground isn't too wet.

20. Straight From The Mississippi

This just makes me sad.

21. And One Of Too Many Tractor Tweets

In case you couldn't tell by these tweets, Chris owns a farm.

I hope so much that Chris finds the woman he's been looking for so she can maybe introduce him to the parts of life that involve things other than corn, using words like #felfie, and cooking with scissors. He needs all the help he can get, and I just want the best for him... and his Twitter.