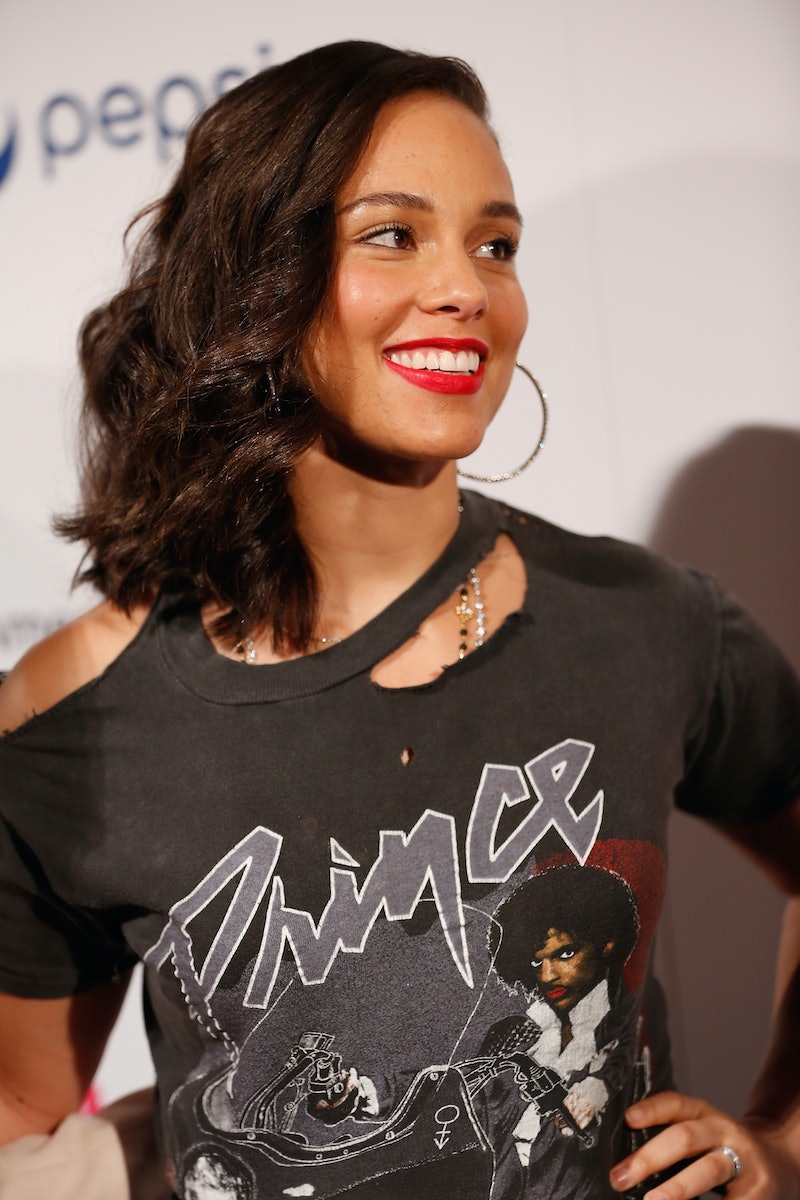 After four years of silence, R&B diva Alicia Keys' new single "In Common" has dropped, and it's oh-so fresh. It's a bold new sound for the former piano enthusiast: I'm hearing a Drake/The Weeknd influence in its stripped back flavor before the Latin-infused chorus kicks in and we realize we're squarely in pop anthem territory. The whole Drake/The Weeknd influence also makes itself known in the lyrics, which seem to channel a similar "I'm a troubled millennial who likes partying and sexual encounters minus emotion" vibe.

I don't know if I buy it; can a lady who sung the love song of the early '90s really expect us to believe she's a zero-commitment Cool Girl? Regardless, the song gives us some great texting options for that person in your life who's way more into you than you are into them.

So, if you've been hiding your phone in your flatmate's room to avoid the crushing guilt of not having responded to their last ten Whatsapps: this is for you. Go forth and give them some truly great reasons to not be so into you, courtesy of a female powerhouse who once made it into VH1's 100 Greatest Women In Music.

This is a great text to send while lying next to the person in question. Passive aggressiveness 101: "Why are you texting me?" they'll ask, baffled. "Why not just talk about it?" Give them the enigmatic eye roll Alicia Keys is doing above.

Now that they're nice and confused, build on your winning streak and text them this. It's enigmatic. It's puzzling. It's vaguely, guardedly aggressive. Is this you saying you'll never see them again? Maybe.

This is the perfect text to send to that long-time pursuer who gave up hope for a few months before dropping you a half-hearted 5am "Hi :) :)" as a last ditch attempt at winning your heart. Snub your way back to freedom.

Since every human on this planet has a guilty conscience about something, this text should shut things down nice and quickly. I know what you did, and you should probably stop texting me, says the message. Leave me in peace and I p-r-o-b-a-b-l-y won't tell anyone about the time you drew a mustache on your little sister's Barbie in felt tip.

5. "We've Got Way Too Much In Common/If I'm Honest With You"

The "let-them-down-gently:" this is the text message that says, hey, we're both wonderful sexy charismatic individuals, but we should probably cut thing this loose so we can bless the beige, boring world with twice as much of our special-snowflake-ness.

You probably need some caps lock for emphasis: "Who wants to love someone like ME?" Your point is you're gross, you're repulsive, you're a sorry excuse for a human being.

7. "If You Could Love Someone Like Me/You Must Be Messed Up"

Seriously dude, why would you be into me? Get some self-respect.

8. "We Used To Talk Till Midnight"

Emphasis on used to. The past was fun, but let's not get nostalgic.

9. "All Those Days That You Stayed At My House/We Were Just Passing The Time"

Time to drop a truth bomb: the days hanging out that inspired them to pen several pretty slushy poems dedicated to you with a questionable rhyme scheme ("Those eyes/Your creamy thighs") were actually just the equivalent of watching Adventure Time for you. Fun, but no big deal. Just passin' the time.

Go for the vital organs: they're a mess. Did they hear you? Maybe not, text it them again: "messed up too/just like you." OK, great. Switch your phone off. Your work here is done. You have successfully alienated the person who thought you were a shining beacon of hope in a cruel, dark world via Alicia Keys lyrics. But hey. More time to curate your Tinder profile, right?

More like this
Courtney Cox Shared A Super Cute IG Post For Her Boyfriend’s Birthday
By El Hunt
The Controversy Around Beyoncé's “ENERGY”, Explained
By Frances Stewart
60 Empowering 'Renaissance' Lyrics That Make Perfect Instagram Captions
By Catharina Cheung
Monica Lewinsky Wants Beyoncé To Change “Partition” Lyrics Amid Recent Song Edits
By Grace Wehniainen
Get Even More From Bustle — Sign Up For The Newsletter