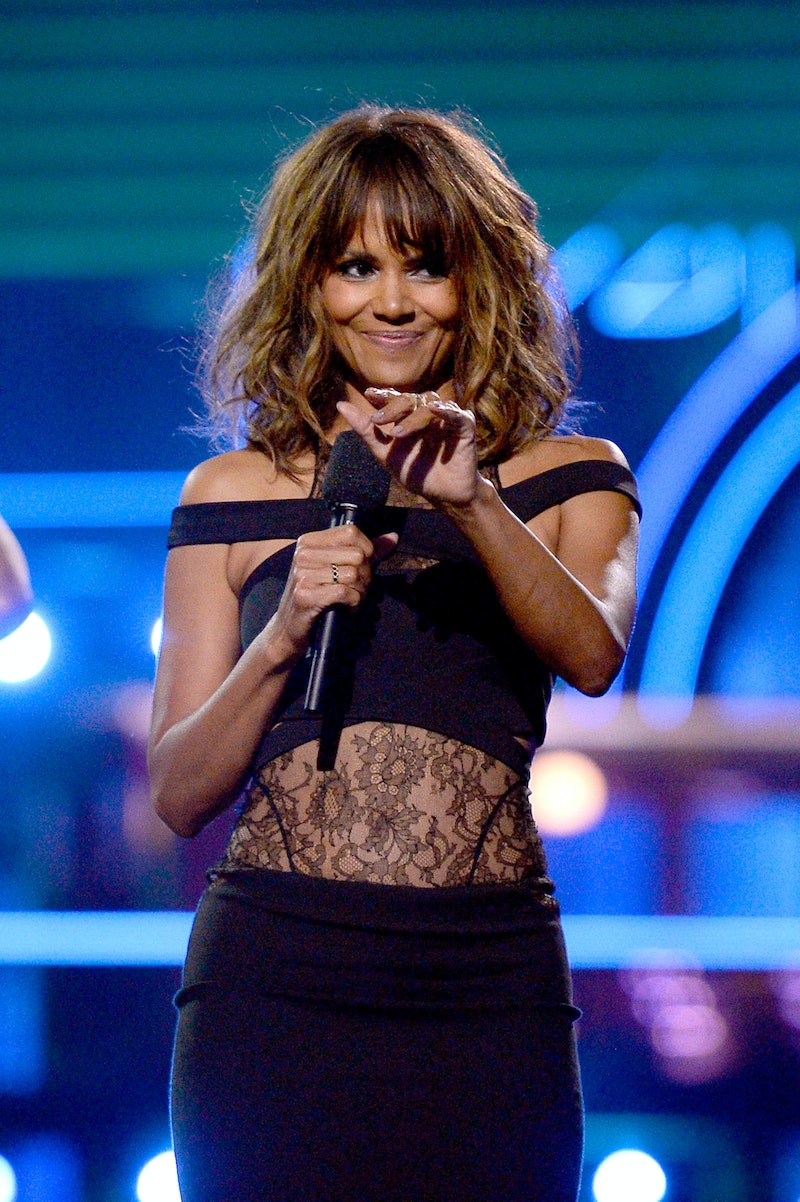 Yet another starlet has changed up her hairstyle. Halle Berry debuted a super short haircut recently, following the example of Kylie Jenner, Kerry Washington, and Kate Hudson, who have all undergone hair transformations as of late. I guess it's just that time of the year again, when celebrities get antsy about their current style and opt for a change for the new season.

The 49-year-old is no stranger to dramatic haircuts. She has experimented with many lock lengths in the past, from barely there pixie cuts to textured lobs and ultra long mermaid styles, I had assumed she has pretty much done it all — until now. According to PEOPLE, the actress was spotted arriving in New York City on Tuesday rocking a much shorter style than she had been before. Her warm, honey-colored hue was still in tact, but she sported a shaggy, layered bowl cut that hit right at her ears. Although the actress is notorious for being adventurous with her tresses and rocking many styles, this particular look is definitely one we haven't seen from her before.

The last time we got a glimpse of the movie star was at the MTV Movie Awards just back in early April, and she had a longer than usual lob that grazed her collarbone. Fast forward to a month later and she has chopped nearly half her hair length — quite a bold move.

Check out the fierce new 'do.

Quite the change, eh?

In the spirit of drastic hair change-ups, let's take a look at 9 other hairstyles Berry has rocked in the past, shall we?

This has been her signature style for as long as we've known her.

I call this the "in between" hairstyle. Not quite a pixie but not quite a bob yet, either.

I'm obsessed with this length on her.

Is there any style she can't pull off?!

Pin straight hair looks just as good on her as tight curls.

Front bangs are not an easy look to pull off, and Berry does it flawlessly.

Is that a hint of a blonde I see? She would look so rad as a blonde.