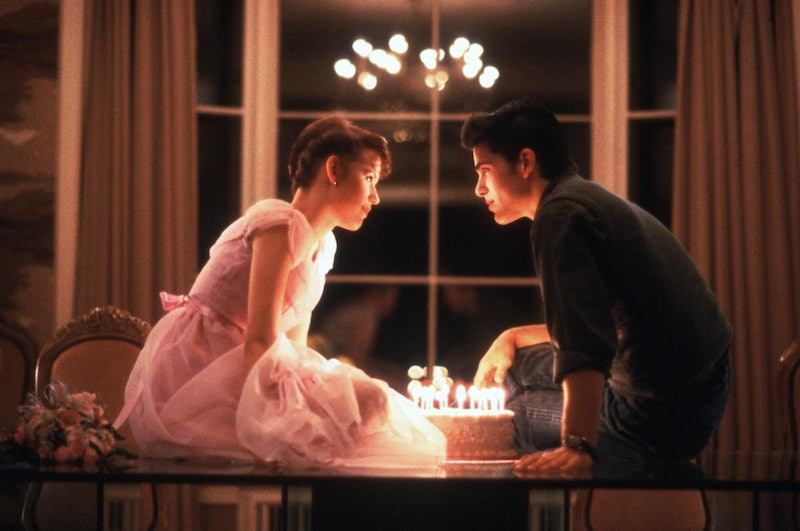 Today is Molly Ringwald's 46th birthday and no, we are not going to "fucking forget." Ringwald herself was only 15 at the time, but her relatable character and talented acting skills helped launch her career with Sixteen Candles , which quickly became a cult classic. She went on to star in several other '80s classics like The Breakfast Club and Pretty in Pink ... but what happened to Ringwald after the '80s?

Well, nothing too much. Though Ringwald didn't drop off the acting planet —she's acted in 27 separate projects from1990 to 2000 — none of them really gained any notoriety. In 2002, she took a break from acting to have a baby and didn't re-enter the industry until 2006, but even then she wasn't doing much that people actually found out about.

But in 2008, she landed a big break and was cast as the mom in the ABC Family show The Secret Life of the American Teenager, which concluded last year. While the show wasn't Emmy-award winning material, it was the first time Ringwald had been part of a production that really went anywhere in 20 years. Ringwald even payed homage to Sixteen Candles in one of the episodes where she repeats the past. "How could we forget our own daughter's birthday?" she asks her husband. "I feel so bad about this."

But now that the show has ended, today Ringwald is following different passions: writing and singing. Ringwald released a memoir in 2011 called Getting the Pretty Back and has now moved on to fiction. Her latest book, about the trials and tribulations of adult relationships, was released in late 2012 and it's a novel called When It Happens to You: A Novel in Stories.

In addition to her writing career, Ringwald has moved into the world of music. Always a passionate singer, she released an album last April titled Except Sometimes that she says had been "a lifetime in the making."

Here, she can be seen singing The Breakfast Club classic, "Don't You Forget About Me" as a tribute to John Hughes.

Having booked no other film jobs since her ABC Family show ended, for now it seems that acting will be taking a back seat as Ringwald takes the time to explore her other passions. So while we'll miss her on the screen, it's nice to see she's still doing something she loves to do. Happy birthday, Molly!