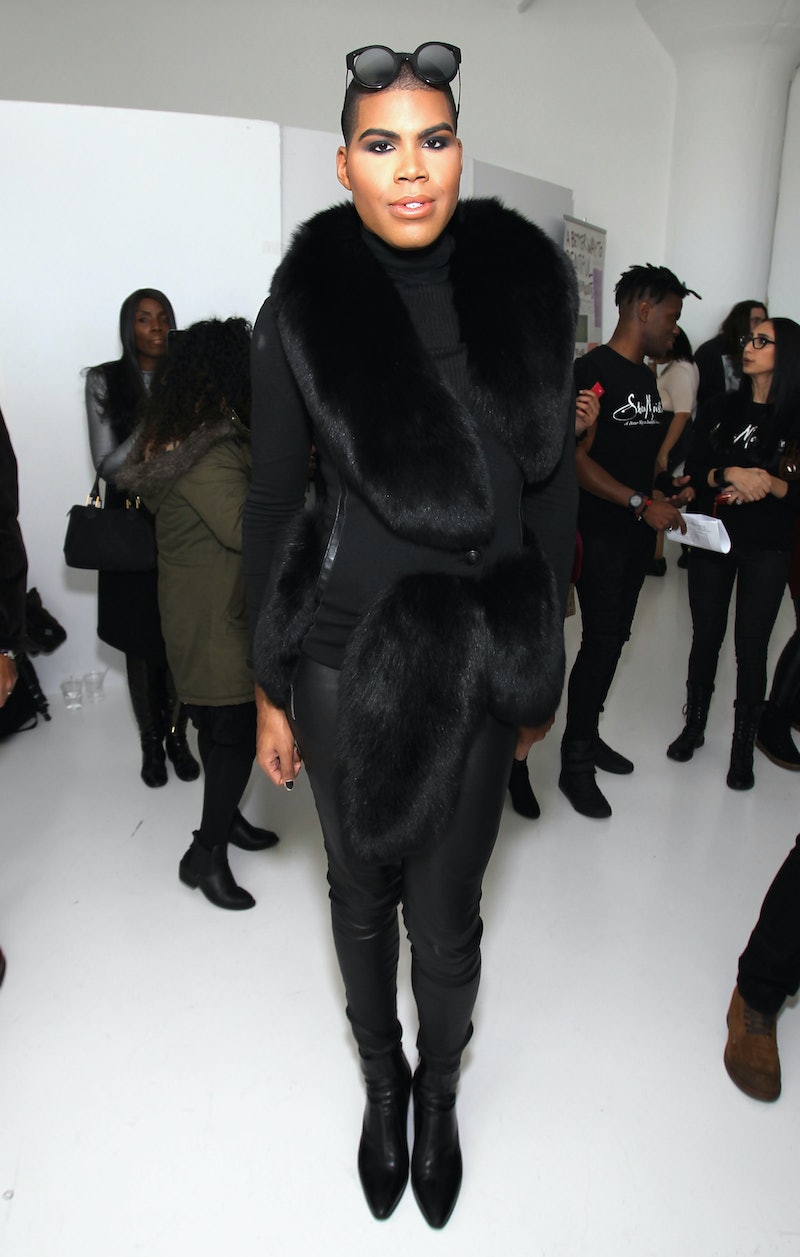 We all know the cast of E! Entertainment reality series Rich Kids Of Beverly Hills, is just that — rich. But, how rich are they? What is Rich Kids Of Beverly Hills star EJ Johnson’s net worth? Well, since the show chronicles the lavish lives of adult children of prominent Beverly Hills families, it's probably pretty high. And, chances are you’ve heard of EJ’s famous parents, Magic and Cookie Johnson. In fact, EJ stands for Earvin Johnson, Jr. (That right Magic Johnson’s real name is Earvin.) His NBA star father’s net worth is estimated at a whopping $500 million, according to Celebrity Net Worth. But, EJ is personally worth reportedly $2 million, according to the same site.

Bustle previously reported on the Johnson family’s wealth, so if $500 million seems high, remember the former Los Angeles Lakers point guard is revered and was inducted into the Basketball Hall of Fame. He is also an entrepreneur and founded Magic Johnson Enterprises in 1987, which invests in other companies like movie theaters, restaurants, and ports teams, including ownership of the LA Dodgers, according to ESPN. And, Magic’s wife (EJ’s mom) Cookie Johnson also has a denim line called CJ by Cookie Johnson.

But, $2 million isn’t shabby for a 23-year-old. What is contributing to EJ’s net worth? Here are all of the Rich Kid star’s current ventures.

I'm sure being a Johnson is contributing to his wealth.

EJ is such a character, he is getting his own E! spinoff, EJ and the City, which I'm sure pays a pretty penny.

Like appearing on Real Husbands of Hollywood with Kevin Hart.

EJ's sense of style is enviable.

As An E! Personality

The red carpet suits him.

With all this going for him, it's no wonder he's a rich kid!

More like this
Everything We Know About Chèrie & Jessey’s Abrupt Exit From Bling Empire
By Alyssa Lapid
Twitter Is Upset About The 'American Idol' Top 3 Results: "Who TF Is Voting?"
By Jake Viswanath
There's Plenty Of Drama Brewing To Warrant A 'Summer House' Season 7
By Brad Witter
Kourtney & Travis Crashed His Daughter’s TikTok Live In Their 2nd Wedding Outfits
By Grace Wehniainen
Get Even More From Bustle — Sign Up For The Newsletter