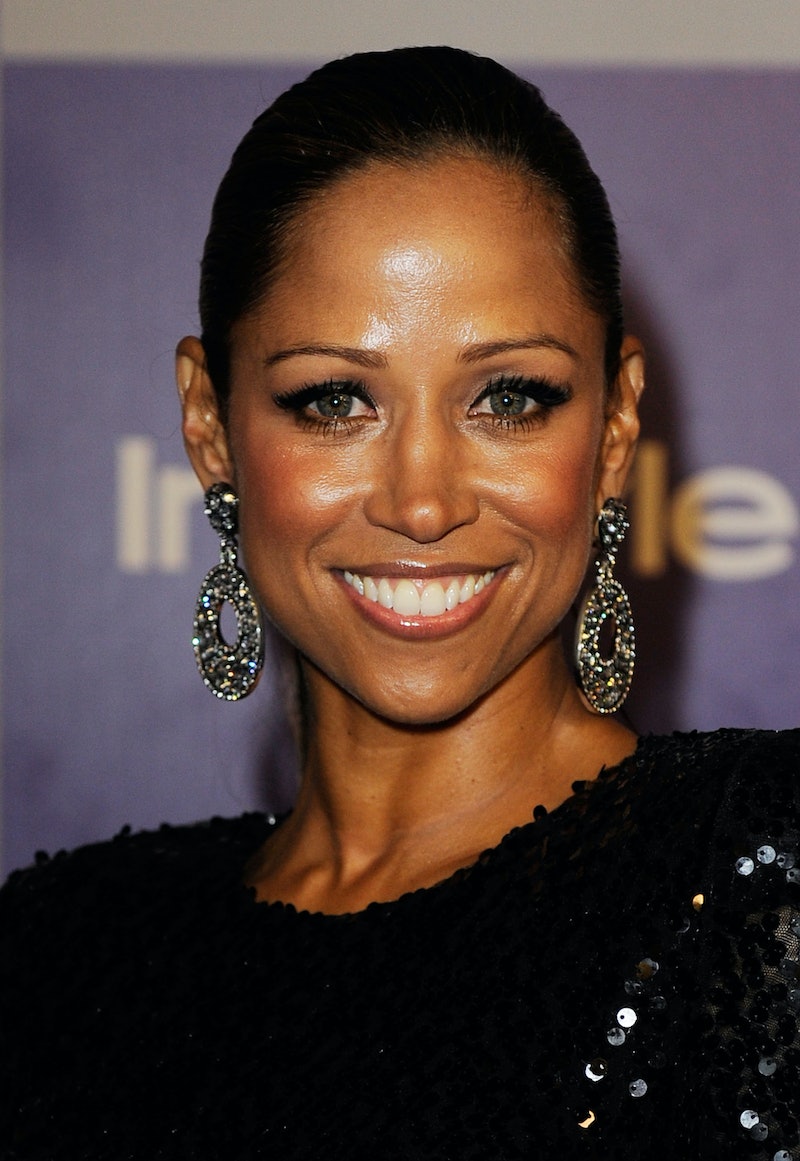 Big news, world. Firstly, the new Sharknado 4 poster is everything your eyes were craving on May 4th, aka the date of the May the Fourth Be With You holiday, aka Star Wars Day. It's basically a play on the Star Wars: The Force Awakens poster with the same color scheme and all of the characters channeling Luke Skywalker as hard as they possibly can. Sharknado: The 4th Awakens is set five years after the action in the rather wonderfully titled Sharknado 3: Oh Hell No! takes place. Fin has been blissfully free of sharks and tornados full of sharks, but all that’s about to change. And hardcore Sharknado-ers can breathe a sigh of relief: Ian Ziering will be back as Finn and Tara Reid will also be back as April Wexler.

Joining them is Stacey Dash (Clueless; CSI: Crime Scene Investigation; Single Ladies), who, in a brilliant stroke of casting, will be playing the town's mayor. This seems a particularly tongue-in-cheek decision, since, in real life, Dash isn't just an actress, but a political pundit with a spot on Fox's talk show Outnumbered. There are also going to be a whole ton of celebrity cameos, because it's a Sharknado movie, so, what did you expect?

Syfy announced a rather tasty list of celebrity cameos: everyone from that guy in the metal band you once crushed on even though he wore a mask to an MMA fighter. Can't even.

Can we please all agree that this is going to be the best Sharknado installment ever? Watching Dionne-from-Clueless try and save her town as sharks fall all over is going to be too much. Yes, I know Stacey Dash isn't technically everyone's fantasy best friend aka Dionne. Kind of, anyway. But starring in the much-loved movie could help Dash regain some fans. She caused a stir this year by arguing that complaints about lack of diversity at the Oscars were "ludicrous."

We'll also get to find out how fond Sharknado's audience is of Tara Reid's character April Wexler: a Twitter campaign last summer invited the audience to vote to decide April's fate with the hashtags #Aprillives or #Aprildies. The third movie ended on space wreckage hurtling towards her character and left us on that cliffhanger, and there'll be no big reveal of the Twitter results, so we'll only find out on watching the movie. Fingers crossed for April. Don't make Finn combat the sharknadoes that follow him around on his own, cruel fate.