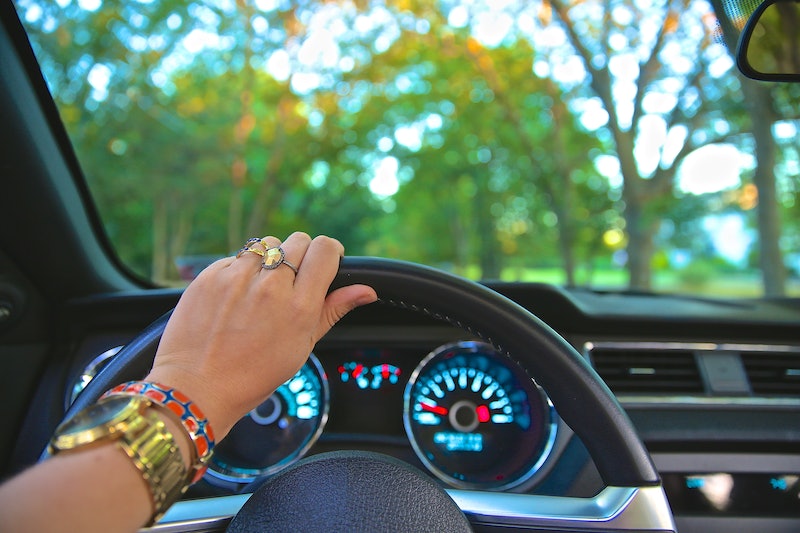 Beth Newell, creator of the satirical site Reductress and all around very funny person, knows her way to a good punchline. But when the comedy writer gave birth in the back of her car, it was no joke. This past Sunday, Newell, 30, who lives in Mamaroneck, New York, started to go into labor. She was getting ready to leave for the hospital when her water broke, and things began to progress very quickly. Her husband, Peter, and doula, Silvie, rushed her to the car that would soon become famous. The Honda Fit, a subcompact that boasts a “spacious cabin that hardly feels compact,” according the Honda website, was about to get a lot more cramped.

“We quickly got into the car but didn’t make it five minutes down the road before my daughter’s head was out,” Newell told BuzzFeed. While her husband dialed 911, the doula was able to safely deliver baby girl Maeven into the world and onto the durable polyester seat lining of the most stylish hatchback with a five star Overall Vehicle Score from the National Highway Traffic Safety Administration.

While mother and daughter were both safe and healthy, the interior was left worse for wear by the ordeal. Quick witted even after giving birth, Newell casually tweeted to @Honda asking for a new car.

In just two days, the new mom's tweet has gone mega viral with 17,000 retweets and 30,000 likes. As the tweet's popularity continued to grow, her supporters took to social media to pressure Honda into fulfilling the request.

Honda responded with congratulations but, according to Newell, they weren't quite ready to just give away a 2016 replacement model. Even though that would have been a baller move on car company's part (after all, their sales have been on the rise).

Honda has agreed to pay for the cleaning and replacement seat, which is pretty sweet considering Newell was just "making a joke" when she posted the tweet. However, this reporter believes that it would still be pretty great if Honda would give Newell a car. (And then give me one, too. Because I'd also like a car please. Thanks!!)

In the midst of all the social media hubbub, baby Maeven is doing great. "She’s healthy and happy and hungry and clearly does what she wants when she wants to," Newell told BuzzFeed.

While the speed of the birth was quite a surprise, art does imitate life. Newell didn't know how close to home her humorous piece "Adult Diapers To Low-Key Keep In Your Bag In Case Your Water Breaks" would hit when she wrote it nearly a month ago. As Newell writes, "Good luck, Mama!"

Right back at ya!

More like this
12 Cheeky Instagram Captions To Use When You Haven’t Posted In Weeks
By Emma Carey
How To Use The Whatnot App To Thrift Vintage Items
By Emma Carey
The “Teenage Dirtbag” Trend Is TikTok's Latest Nostalgic Obsession
By Meguire Hennes
25 Things I've Reduced My Life To, In Addition To WFH In My PJs
By Ginny Hogan
Get Even More From Bustle — Sign Up For The Newsletter