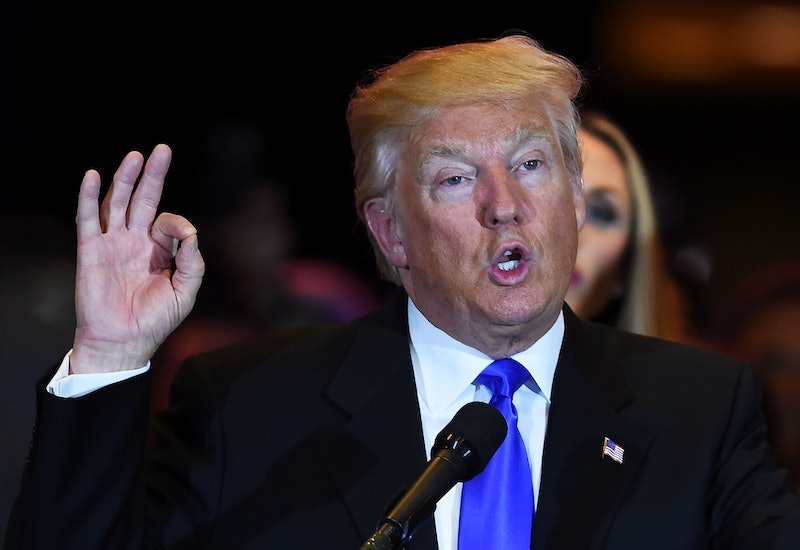 Money has always been a major component of presidential elections. This year, candidates like Bernie Sanders — whose campaign focus has been breaking up Wall Street and big banks — have made finances an even more important issue. Since the Republican frontrunner is a businessman, many have been interested in the funds behind his campaign, especially compared to those of his presumptive Democratic opponent. The spending behind Donald Trump and Hillary Clinton's campaigns reveals a shocking truth.

The tricky thing about campaign fundraising is that donors don't always get a return on their investment. Just because a candidate has raised millions of dollars doesn't mean those dollars will result in votes at the polls. This became a reality for the countless donors who helped raise nearly $150 million for Ted Cruz before he dropped out of the race on May 3. But donors are the ones who make things possible for successful candidates like Trump and Clinton, and their habits have proven that Clinton spends a lot more money than Trump.

Sure, each campaign has raised significantly different amounts of money, which can account for the difference in spending. However, Clinton has outspent Trump throughout the election by more than $150 million.

Trump is reportedly worth $4.5 billion. However, he has spent less money than most other candidates in recent history. In fact, no candidate since 2000 has spent nearly as little money as Trump. Even then, Al Gore spent $126 million throughout his 2000 campaign, compared to Trump's mere $49 million in 2016.

Meanwhile, the Clinton campaign has spent $227 million of the $264 million it's raised this election season. A lot of campaign spending for most candidates has gone toward advertisements. Clinton's campaign reportedly spent $4 million on ads ahead of the Iowa caucuses and New Hampshire primaries. But Trump had a strategy for his conservative spending on advertisements: get free advertising. In September, Trump told the New York Times that he didn't need to spend a lot of money on ads since so much of the conversation has been about him and his campaign.

I’ve gotten so much free advertising, it’s like nothing I’d have expected. When you look at cable television, a lot of the programs are 100 percent Trump, so why would you need more Trump during the commercial breaks?

The free publicity has assuredly help Trump keep his campaign spending low. And Clinton's high spending has told a completely different story. Clinton's campaign has arguably had to spend so much money this election because she has been nearly tied with Bernie Sanders throughout the race. At one point, Clinton and Sanders were in an ad-spending war ahead of Iowa and New Hampshire.

If Trump becomes the next president, he will make history as one of the most fiscally conservative campaign spenders in recent history. His low spending could make some voters believe he is qualified to be president, given his background in business, or it could not matter to those who already support him. If there's one thing Clinton can learn from Trump, it's his genius use of Twitter for free advertising and his campaign spending habits.