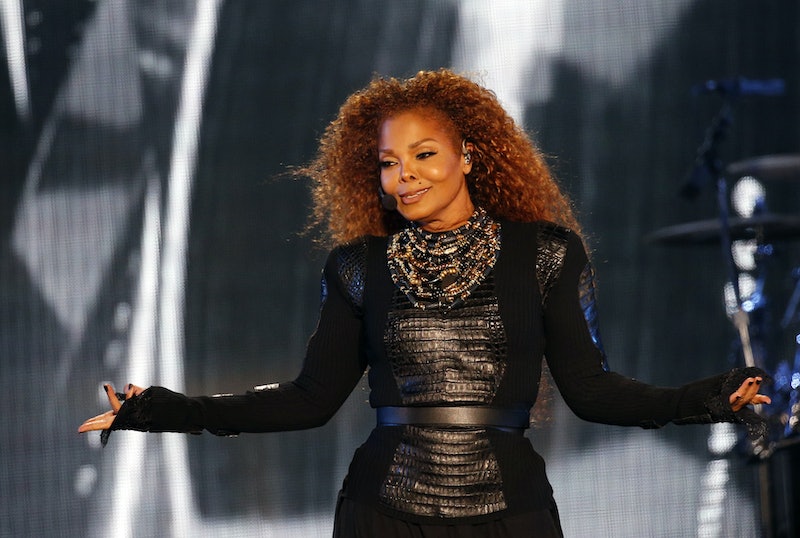 Sounds like Ms. Jackson has some very exciting news. According to Entertainment Tonight sources, Janet Jackson is pregnant with her first child. While the news may be surprising to some, Jackson actually hinted that this might be the case a month ago when she announced she was delaying her tour. In an April 6 video announcement on her website and social media pages, the 49-year-old said,

My husband and I are planning our family, so I'm going to have to delay the tour. Please, if you can try and understand that it's important that I do this now. I have to rest up — doctor's orders — but I have not forgotten about you. I will continue the tour as soon as I possibly can.

Jackson did not say at the time that she was pregnant, but "planning our family" seemed like it could only mean that a child was coming — it just wasn't clear if she meant adopting, using a surrogate, or if she was pregnant herself.

The singer has not yet confirmed the pregnancy reports herself, but she has been teasing the music video for her new song, "Dammn Baby." While it seems like she means "baby" more in the pet name sense in the song, it definitely makes me raise an eyebrow to see #DammnBaby all over her Twitter timeline considering ET's report.

If the news is true, congrats to Jackson and her husband Wissam Al Mana at this exciting time!

Bustle has reached out to a rep for Jackson for comment on the pregnancy report, but has not yet heard back.