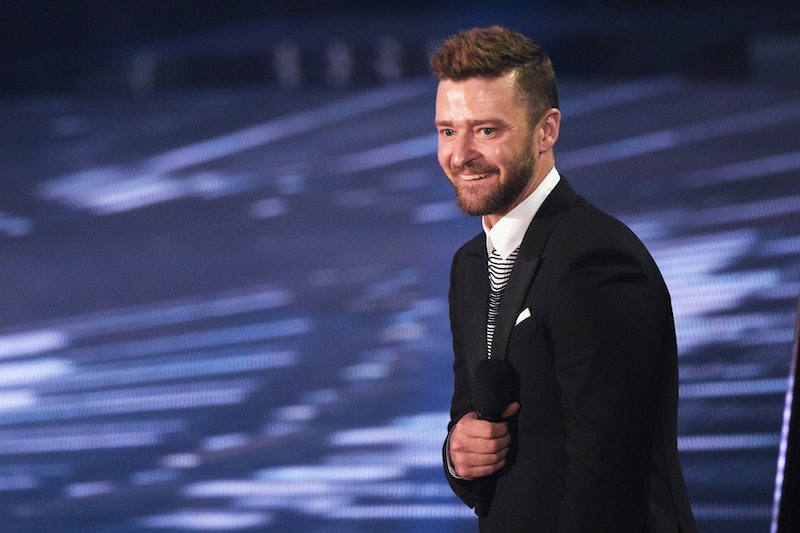 There's something about a Justin Timberlake song that makes you feel things. Whether those things are a sense of smugness towards your ex ("What Goes Around Comes Around," naturally) or an overwhelming desire to get up and dance ("Suit & Tie," but also pretty much the rest of Timberlake's discography) the former NSYNC boy bander just gets it. That's why it's been a long, sad road since Timberlake released his most recent album, The 20/20 Experience. The two-part album was released in 2013, which means it's been over three years since we've heard new Timberlake music. Fortunately, the wait will soon be over: Justin Timberlake will release new song "Can't Stop The Feeling" on Friday, he revealed in a tweet, and it's already stirring up major emotions.

Though the wait for new JT music hasn't been an easy one, this guy has definitely been keeping busy since 2013. That same year, he appeared in critically-acclaimed film Inside Llewyn Davis and action flick Runner Runner. He also acted as executive producer on documentary The Short Game, about children golfers vying for the championship title. But all of that pales in comparison to the reveal of new music, which came in the below tweet.

Though he's certainly been busy in the film world, it's actually his personal life that likely has kept Timberlake ultra busy: His wife, Jessica Biel, gave birth to their son Silas Randall on April 8, 2015, making the baby just over a year old.

Check out how cute Timberlake looks now that he's part of the dad squad:

Timberlake may have taken a mini break from music, but it's good to know that he's back in the studio and ready to share his voice with the world once again. I have a feeling that his new song might just be his biggest hit yet — and well worth the wait.