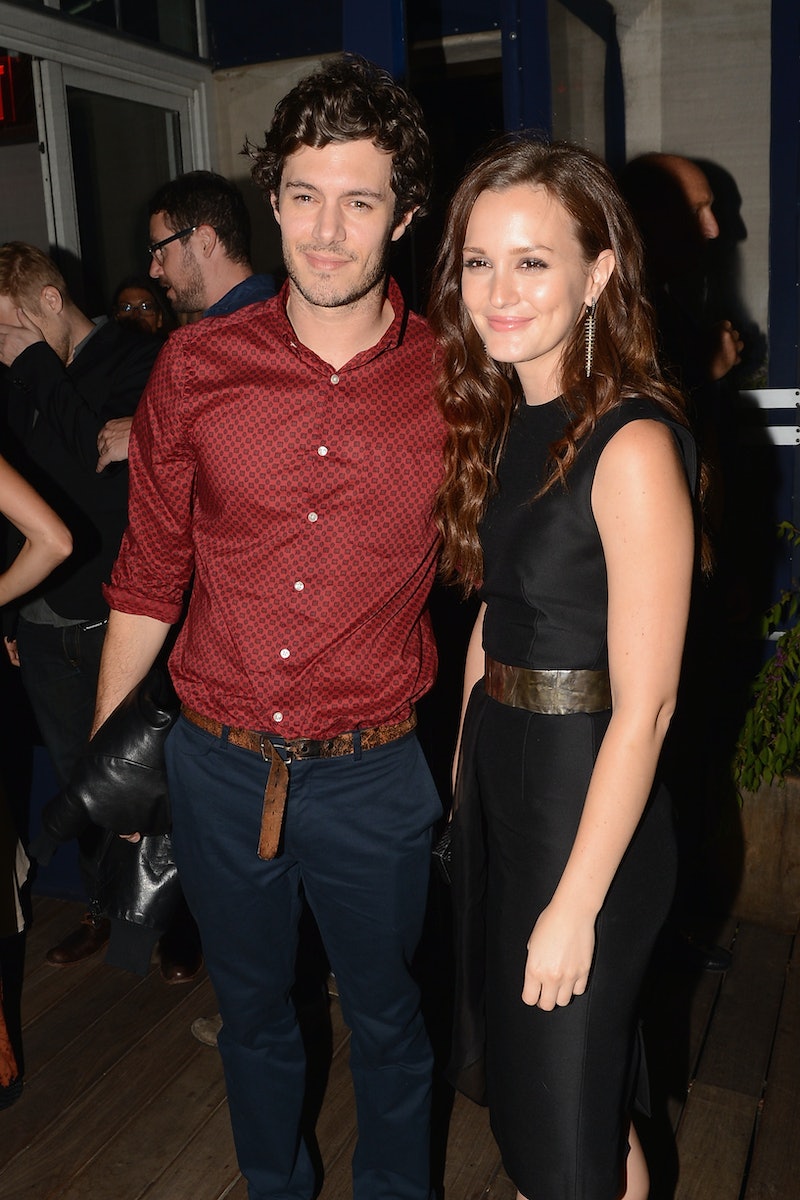 I guess all of those years on Gossip Girl paid off in the stealth department. Us Weekly has exclusively reported that Leighton Meester and Adam Brody have married. The couple, who announced their engagement in November of 2013, have allegedly tied the knot in a secret ceremony, according to multiple sources. Cheers to Mr. & Mrs. Seth Cohen!

Brody and Meester met on the set of the 2011 film The Oranges and "were always close and friendly," a source told Us at the time. They began dating in February 2013 and got engaged shortly after in November — crushing the hearts of all of us girls that were holding out for Seth Cohen and Summer Roberts. And now, the extremely private couple (Brody and Meester have yet to comment publicly on their relationship) and veteran on-screen schemers put their heads together to plan the perfect secret wedding that we never saw coming.

Sneaky, sneaky devils. No details have been revealed yet as to where and when the made in Josh-Schwartz-teen-drama heaven couple said their "I dos" — but we're hoping it was at the Cohen's house in Berkeley or on the steps of the MET. Sigh.

Either way — Congratulations Mr. & Mrs. Waldorf-Cohen! (Because you know Blair would totally keep her last name.)

More like this
Kaya Scodelario Always Posts The Sweetest IGs About Her Husband
By Kadeen Griffiths and Darshita Goyal
Rita Ora Celebrates Finding Her "Fairytale" Ending With Taika Waititi
By Sophie McEvoy and Catharina Cheung
This Sweet Moment Between Lenny Henry & His Partner Will Melt Your Heart
By Sam Ramsden and Sophie McEvoy
Who Is Nick Cannon Dating & How Many Kids Does He Have?
By Jordyn Tilchen and Radhika Menon
Get Even More From Bustle — Sign Up For The Newsletter