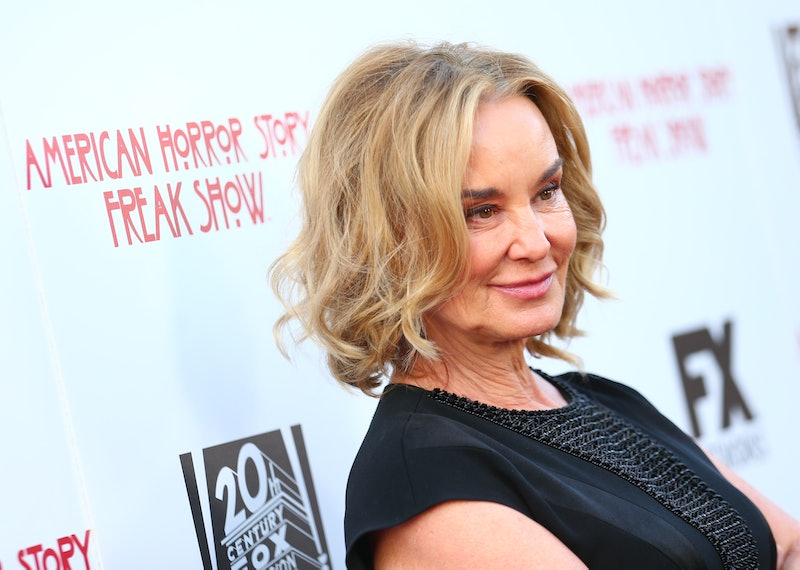 In the most amazing thing to ever happen news, American Horror Story creator Ryan Murphy is working on a new anthology series, and it will give anyone with a thirst for old Hollywood drama something to live for. According to TVLine, FX has ordered the Murphy-created series Feud , and it will tell the tale of a rivalry so great it makes Katy Perry and Taylor Swift's look like a playground squabble. According to the site, Feud will star Jessica Lange as Joan Crawford and Susan Sarandon as her bitter enemy Bette Davis and tell the story of the behind-the-scenes drama of their art-imitating-life 1962 film What Ever Happened To Baby Jane? I don't think I've been so excited for something since The People Vs. O.J. Simpson was announced, but unfortunately, excited fans may have to wait a bit for when Lange's series Feud will air on FX.

Considering that the series announcement was just released, it makes sense that it will take some time for the series to hit the air. According to The Hollywood Reporter, production on the first season of the eight-episode anthology series will begin in the fall of 2016. According to the report, the series will then be scheduled for a fall 2017 airdate, nearly one full year after the series began filming. Unfortunately for fans, that means it will be almost a year and a half until we see this show come into fruition.

Though we won't see Feud for a while, we can look forward to a few Murphy-made things on the horizon. Season 6 of American Horror Story will air in the fall, while Scream Queens will air its Season 2 sometime in the 2016-2017 schedule. Though it's unclear exactly when the sophomore season of Murphy's crime anthology series American Crime Story will air, we know that the new season will be about the aftermath of Hurricane Katrina.

We have a whole slew of new Murphy programs on the horizon to hold us over before Feud, but with a show that promises to be this epic, it's going to be a seriously hard one to wait for.