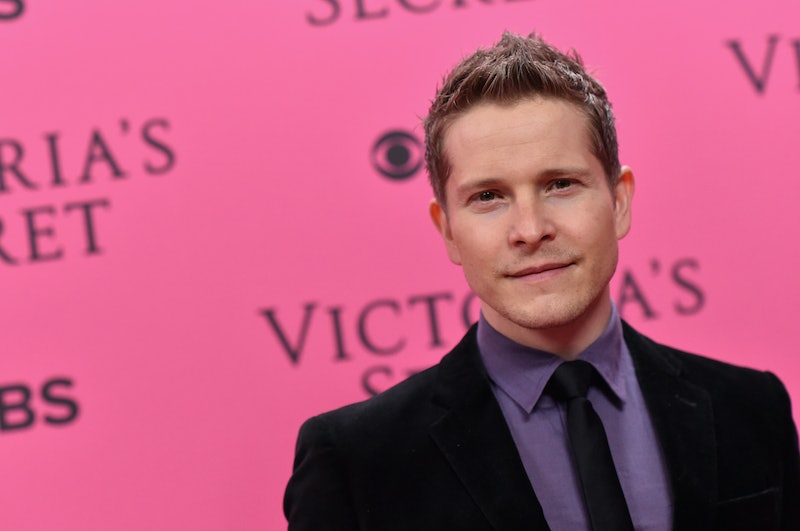 If you're like the rest of the planet, you are likely beyond hype for the upcoming Gilmore Girls revival. The four-part series — in which each part is named after winter, spring, summer and fall, naturally — has been getting diehard Gilmore Girls fans revved up for months now, and it seems that the cast is totally willing to play into our excitement. Since the official word that Netflix's Gilmore Girls revival was a go in January, Stars Hollow alumni have come out of the woodwork to snap photos with one another, giving fans something to live for while we wait what seems like eons for the new season. Now, a new pairing is sparking rumors that Rory and Logan could get back together when the revival hits Netflix. Actor Tanc Sade, who portrayed Finn on the original series, just posted an Instagram of Alexis Bledel and Matt Czuchry, and the caption is just cryptic enough to make us question everything.

As fans of the show already know, Rory was dating Logan during her time at Yale, and though the two shared some good (and not-so-good) times, ultimately they wanted different things. Logan proposed to Rory during the show's finale, which she declined, deciding to pursue her career aspirations solo. Logan was crushed, and abruptly ended things with Rory instead of, I don't know, waiting for her to get back from touring with Obama like a good boyfriend. (You can tell that I'm not a big Rory/Logan shipper, right?) Personally, I thought that might be the end of things for these two, but Sade's Instagram hints otherwise:

If you ignore the crazy blue eyes for a moment, you'll notice that Sade's Instagram hints at the possibility for a Logan/Rory reunion, which should make people who are firmly on Team Jess scream out of fury. Is Sade pulling one over on us, or is the Gilmore Girls revival really suggesting that these two could get back together? I totally don't ship it, but hey... at least we're getting more Gilmore Girls, right?