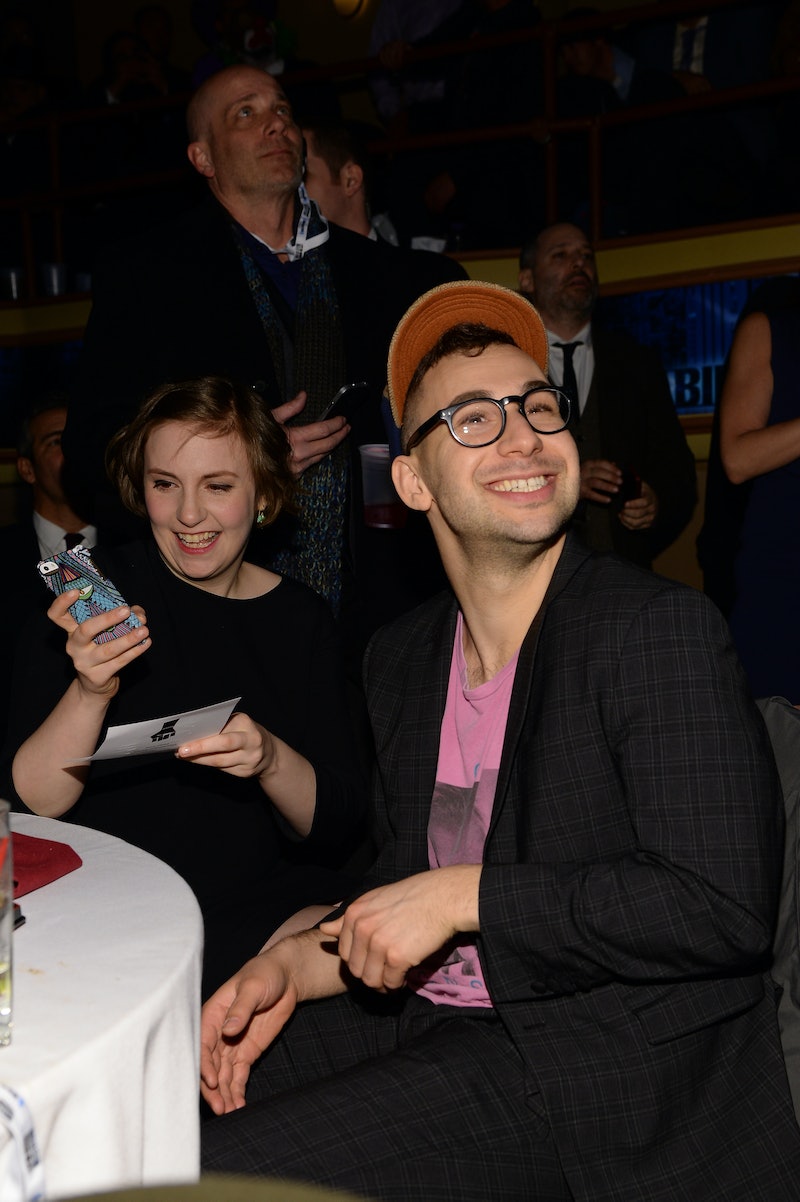 Jack Antonoff, guitarist from fun., brother to designer Rachel Antonoff, boyfriend of Lena Dunham, lead singer of Steel Train, doer of many things, has another side project on his hands: the band Bleachers. Seems as though Antonoff (or, as I like to call him, little Rick Moranis) cannot sit and let the mega-success of his primary band's Some Nights have its due, because he's managed to craft an entire album with Bleachers, releasing their first single "I Wanna Get Better" on the Internet Monday night via Twitter.

It's an upbeat, blippy, pop bouncer that certainly feels a little Devo and a lot of fun (the actual kind, not the band). Anthemic and destined to end up on many a summer teen playlist, the lyrics are equal parts catchy and introspective: exactly what we've come to expect from the New Jersey boy. As an expert in Jersey Boys thanks to my few years in college in the state, we can say with much confidence that the slightly gritty (in a loose glitter sort of way) ditty will find itself at home in many a stereo system in anticipation of the warmer weather this song was clearly made to encapsulate.

Check out the single below and, if you're so inclined, head on over to iTunes where you can pick it up. The band also put out an EP back in 2012 called — wait for it — Bleachers EP, if you're a completionist in need of more tunes. In the meantime we're going to spend a few precious minutes imagining all the MTV series this song is going to be on in 2014.