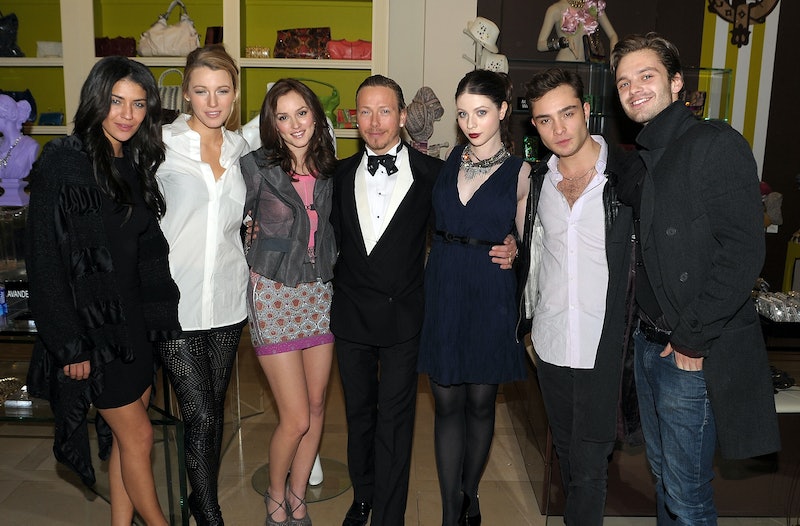 If there's one show that made living in New York seem undeniably glamorous but also more than a little terrifying, it was Gossip Girl. (Sorry, but an anonymous stranger stalking your life and then broadcasting intimate details to the entire planet? Seems a little too close to Pretty Little Liars for my liking.) I adored the dramatic shenanigans of Chuck, Blair, and the rest of the Upper East Side gang, and though we got a glimpse at what the characters would be up to in present day with the finale's flash-forward, I could always use another glimpse into the scandalous lives of Manhattan's elite. With the buzzy new Gilmore Girls revival on the horizon, it's hard not to think about the possibility of another GG getting new life. Luckily for fans, it sounds like Sebastian Stan is totally down for a Gossip Girl reunion and we could be one step closer to making it a reality.

Stan, who joined the Marvel Universe as Bucky Barnes, hasn't forgotten about his roots as bad boy Carter Baizen, who wooed both Blair and Serena during his time on the series. (Stan himself dated Leighton Meester in real life.) According to his interview with E!, Stan wouldn't turn down reprising his part in the potential Gossip Girl reunion, stating:

Be still our beating hearts. Though Stan wasn't a part of the core cast, his presence on Gossip Girl was definitely a major part of the show. Carter always toed the line between villain and good guy, and though his moral compass didn't always point north, his relationship with Serena was one that most of us could ship in between her breaks from Nate and/or Dan.

So now that Stan is down for a reunion, it's time to think about what Carter might be up to in 2016. Did he finally change his ways, escape the Buckley's indentured servitude, and find a nice girl to settle down with? Possibly, but I'd be far more interested in seeing a world where Carter is back to his former bad boy shenanigans — because really, what's fun about a well-behaved Baizen?