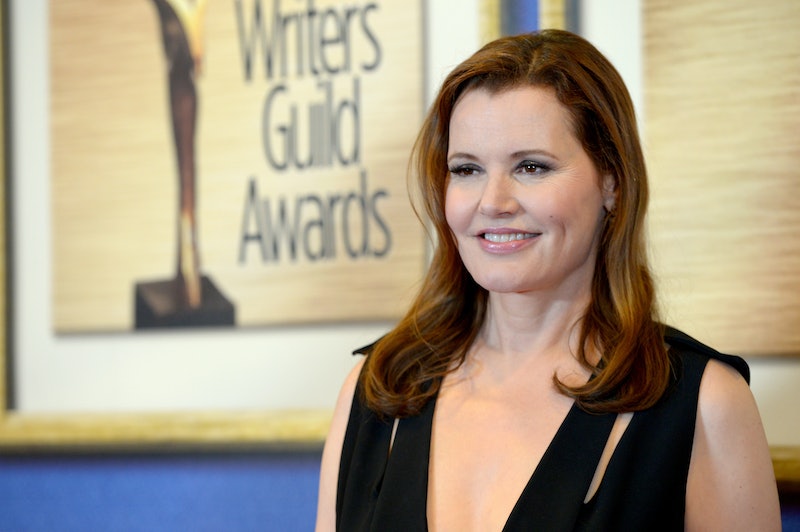 It's no secret that women and minorities are often (quite literally) left out of the picture when it comes to Hollywood films. A 2014's survey from the Center For The Study Of Women In Television And Film put the percentage of women filmmakers at a mere 17 percent, which is absolutely mind-blowing considering the extraordinary talents of female directors. It's a sad truth that women simply don't get hired behind-the-scenes (or in front of the camera, for that matter) at the same rate as men in Hollywood, and if we're ever going to have true equality, then something needs to give. Fortunately, there are certain women who are doing everything in their power to give ladies in film their fair shot. Geena Davis' Bentonville Film Festival is just one example of how the actress and activist is fighting Hollywood's inequality problem and it's about time more people followed her lead.

According to Davis' interview with Variety, the Bentonville Film Festival will accept films made by minority filmmakers and women in order to encourage Hollywood to work with diverse filmmakers. But it's more than just screening these films — according to Davis, the festival also guarantees distribution to each film that takes home an award at the festival. She told Variety:

We’re the only film festival in the world that awards guaranteed distribution to our winners. This includes theatrical release in AMC theaters, on television with Lifetime and on DVD in Walmart stores, all of whom are partners. Basically, we want to help showcase what research has shown to be true, that films with more diversity and more female characters make more money than otherwise. It’s not about having a festival that says, ‘Oh, yay, here are some films made by women or directed by someone of color, and we hope you like it.’ We want to show how commercial these films can be.

Last year, the festival had over 45 films in competition, and, according to Davis, roughly 90 percent of those films now have distribution. Distribution deals for films made by female and/or minority filmmakers means more of these stories are shown on a major scale — a very important part of increasing diversity in Hollywood.

Davis' work deserves serious applause, but I'm a little bummed that this festival is needed in the first place. Women make up roughly half of the planet — why should they only get the tiniest slice of the pie when it comes to helming films? We shouldn't be afraid to put a film in the hands of a non-white, non-male: we should be embracing unique viewpoints and thrilled that we can use the medium of film to get a different perspective on life.

Here's hoping that Bentonville Festival encourages Hollywood to rise up against the disturbing lack of diversity in film. We have a long way to go, but this is a big step in the right direction.