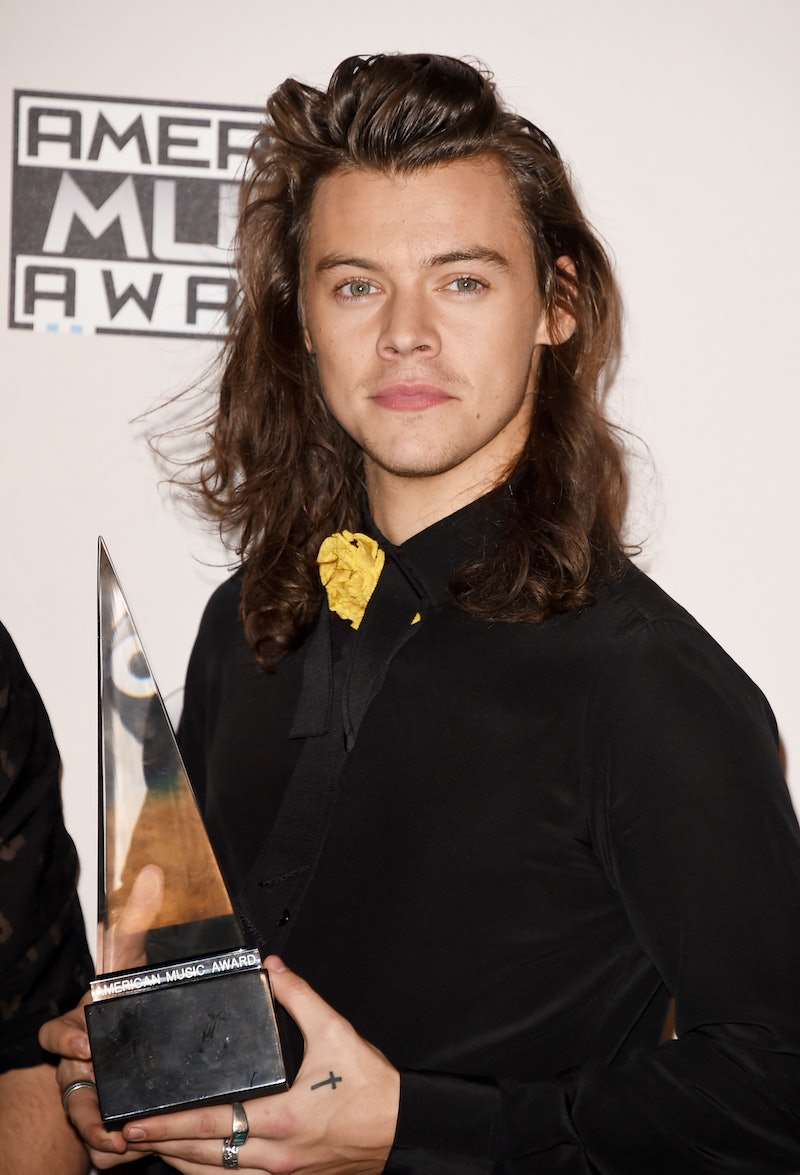 While the One Direction fandom reaction is split in regards to Harry Styles' jaw-dropping haircut (I'm personally in the "FINALLY, SELFIE NOW" camp myself), everyone is in agreement that Styles donating his hair to charity was the perfect way to say goodbye to his long locks. The singer, who shared a photo of his chopped-off braid and hashtagged "#littleprincesstrust," presumably donated his hair to the charity — an organization which "provides real hair wigs to boys and girls across the UK and Ireland that have sadly lost their own hair through cancer treatment." While Styles' luxurious curls may no longer be a part of his own mane, it's heartwarming to know that his hair will be used to create a wig for a child who will feel empowered by the locks (and maybe even especially so because the hair once belonged to Harry Styles).

Though the donation was a generous one, it did not come as a surprise (the actual haircut did, but that's mostly because it's a shocking change in Styles' appearance). Styles previously discussed growing out his hair and donating it to charity on The Late Late Show With James Corden back in December (you know, back when One Direction was still a thing), telling the host that he needed to grow it until it was nine inches and then he would probably donate it. Good to see he followed through on that one.

If the singer did, in fact, donate about nine inches of his hair, it's expected that it will be made into a short wig, according to Little Princess Trust's guidelines.

"If your hair measures between 7-12”/17-30cm, it may be mixed with similar hair and made into a shorter wig possibly, when required," the site reads. "Incredibly around 4”/10cm is lost when a wig is made because of the knotting process." The hair is sent to a manufacturer in China, where it is presumably made into a wig (though the site notes that there is no guarantee that the "hair will definitely be used in the making of a child’s wig.")

"This is because the decision is up to the specialist wig manufacturer in China and not us," the charity explains.

Hopefully, Styles' long locks will go to a child in need — one who would feel confident and so good about him or herself in an especially difficult and trying time. So no matter what your reaction to Styles' haircut, remember: It's going to a really good cause.