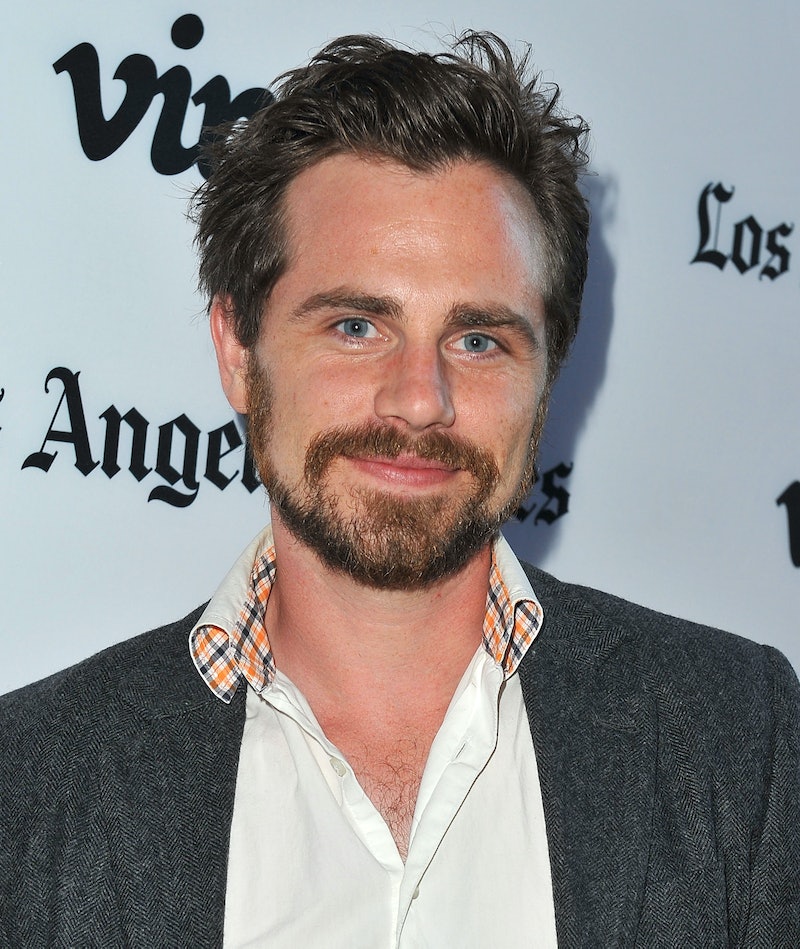 To some, the '90s were simply a decade. To others, they were the most pivotal time in their lives. To me, they were a glorious time, a magical time, a time full of hunks that were plastered time and again on the cover of Tiger Beat magazine. The '90s gave us so many heartthrobs it's hard to choose just one to pine over. While I was an avid Jonathan Taylor Thomas fan, there was another boy who stole my heart. Who? It was my favorite TV tough guy, the sensitive kid with the best damn middle part ever. It's Rider Strong! Now wait, you're going to try and tell me that there's other '90s heartthrobs (maybe those on #TeamDicaprio) who are worth pining for still. Rider Strong is forever the most underrated '90s heartthrob because we're so busy focusing on remembering the babes who graced movie theaters — television had its fair share too!

What good fortune did we create for ourselves to have it manifest in the form of Rider Strong? His career-defining role as Shawn Hunter on Boy Meets World holds a special place in (I'm just going out on a limb here) many hearts across the land. Not only was Boy Meets World one of the best shows of the '90s, but Shawn was one of the best parts of this show. Shawn was a moody, broody bad boy. He like to act tough, but time and again he showed his sensitive side — especially when it came to his friendship with Corey Matthews. Shawn was a jokester, an every man, a rebel. Rider Strong made Shawn into a '90s icon which means that Rider Strong deserves a lot more from us, the fans who once adored him way back when.

Rider Strong is playing it pretty low-key these days. He's back in a world he knows best, having returned as Shawn Hunter in Girl Meets World. He starred in a few horror flicks post-Boy Meets World, including the awesomely cringe Cabin Fever. But in general, Rider Strong has kept it pretty low key, which is totally not cool. We need more of him in our lives again! We need to retroactively get him on the cover of every Tiger Beat and Seventeen magazine in every drug store in this country just to make up for the injustice of not including him in the same breath as Joey Lawrence, Joseph Gordon Levitt or Justin Timblerlake.

I implore you: we cannot forget about Rider Strong. He deserves to hold a place in the hall of '90s heartthrobs for here until the end of time. He was a vital part of many a childhood, teaching us right from wrong, cool from lame and everything in between as Shawn Matthews. I say we start figuring out ways to really bring him back into the fold because dammit if Rider Strong isn't one of the best '90s heartthrobs that ever lived.