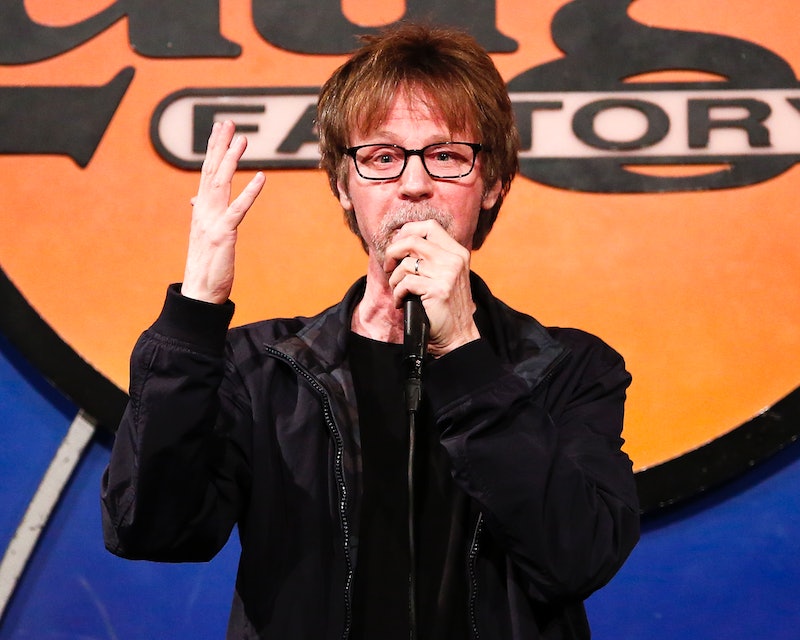 Saturday Night Live's classic characters never really die — they go onto star in movies and there's always a chance they may return to the late-night sketch show. Comedian Dana Carvey returned to Saturday Night Live as the Church Lady, who gave a piece of her mind to Republican presidential candidates Donald Trump (Taran Killam) and Ted Cruz (Killam) on Saturday night. The classic character, which Carvey originated in the '90s, described the 2016 election as one between a "godless liberal democrat and Hillary Clinton." And the Church Lady didn't stop there with the hilarity.

She dishes on some Met Gala gowns (calling Beyonce's dress "a latex condom") and introduced The Church Lady's own sponsored lemonade (a play on Bey's Lemonade album), which was "freshly squeezed, just like Jay-Z naughty parts," she says. Church Lady introduced her first guest as "Satan," who turns out to be Ted Cruz. She calls him preachy, but he remarks that this is all of God's plan. "Was it God's plan for you to be humiliated by an orange mannequin?" Church Lady asks him. Speaking of Trump, he's the Church Lady's next guest and he describes her church as "one classy fun house." He lists his favorite books of the Bible, which include "2 Genesis 2 Furious" and "the one where Jon Snow comes back to life," referencing Game of Thrones.

Melania Trump (Cecily Strong), Ivanka, and "just another model" also drop by, right before literal Satan crashes the Church Lady's show. Trump points out that Cruz has turned into Lucifer. "You're the first guy who got possessed and looks better," Killam's Trump says. Cruz remarks that everyone in Hell is way nicer to him. Aw!

It's always such a welcome surprise when an SNL alum returns and comments on 2016's crazy events — especially the presidential election. I didn't expect to see the Church Lady again on the show, but boy did I enjoy seeing her weigh in on these crazy times. From Lemonade to Trump/Cruz, the Church Lady knows what's up.