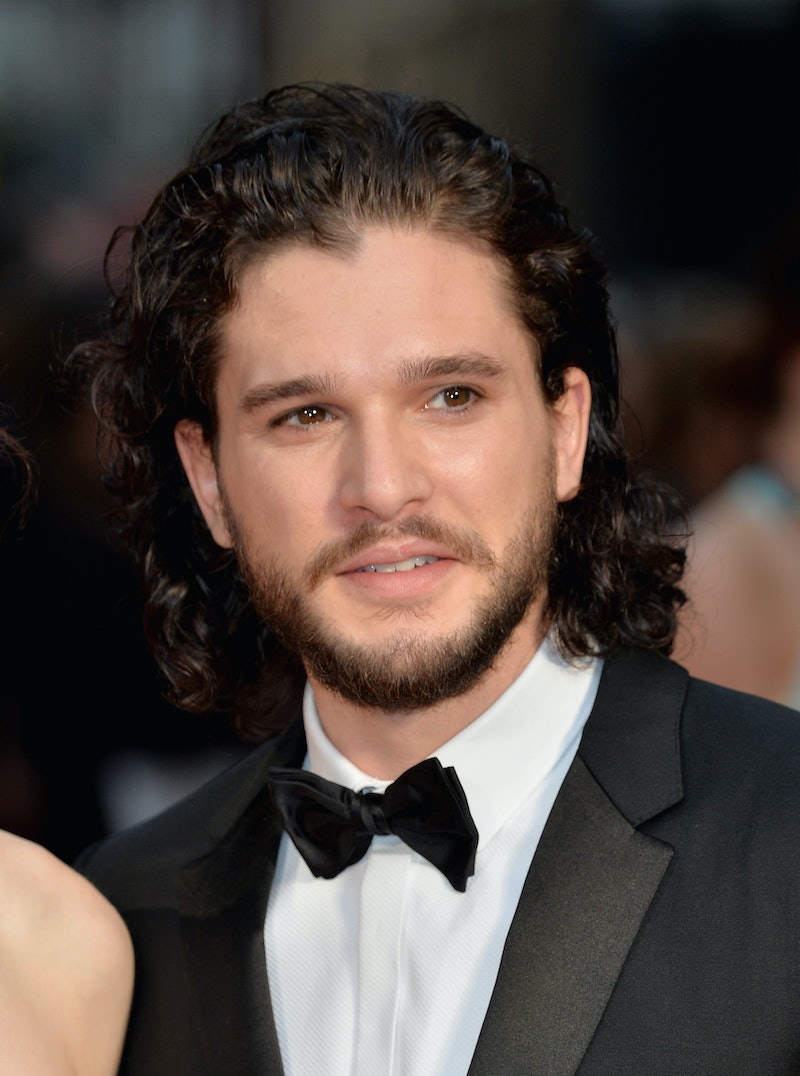 Game of Thrones fans have been abuzz about Jon Snow coming back to life, so naturally Saturday Night Live had a Westeros sketch ready to comment on all the resurrection action on Saturday night. Saturday Night Live resurrects Jon Snow in a hilarious sketch that features a dead Snow, Melisandre (Kate McKinnon), and plenty of Westeros onlookers who want the show to get on with it and bring him back to life already. It's a sketch that totally echos the thoughts about the season of fans and non-fans alike.

The Game of Thrones sketch opens with several unnamed characters declaring Jon Snow as very dead on the table at Castle Black, but the unidentified onlookers (Cecily Strong and guest host Brie Larson) step into the mind of some viewers and say, "Oh my God, this is slow." The women encourage the men to pick up the pace, because "we only get 10 hours of [this show] a year and we've spent two of them in this room." I'd say that's a fair argument, but the men aren't in any rush. Soon, Melisandre shows up and considers bringing Snow back to life, but she says, "I have to think about it for a full 10 minutes."

Eventually, Melisandre decides to go for it, but says that her magic only "works if I do it very slowly." Jon Snow even gets impatient, gasping and returning to living during the wrong times during her magic. Strong and Larson's characters continue to whine about this lengthy process, but Melisandre says, "I'm sure they're cutting away to King's Landing right now." When they say the show isn't, that's when she decides to pick up the pace. Finally, Jon Snow lives — but his first request is to go see Bran.

Sure, this sketch really hit hard the whole "GoT can be really slow" point, but isn't that part of what makes the HBO series so great? Every big moment — and hilarious sketch like this — is earned through true patience.