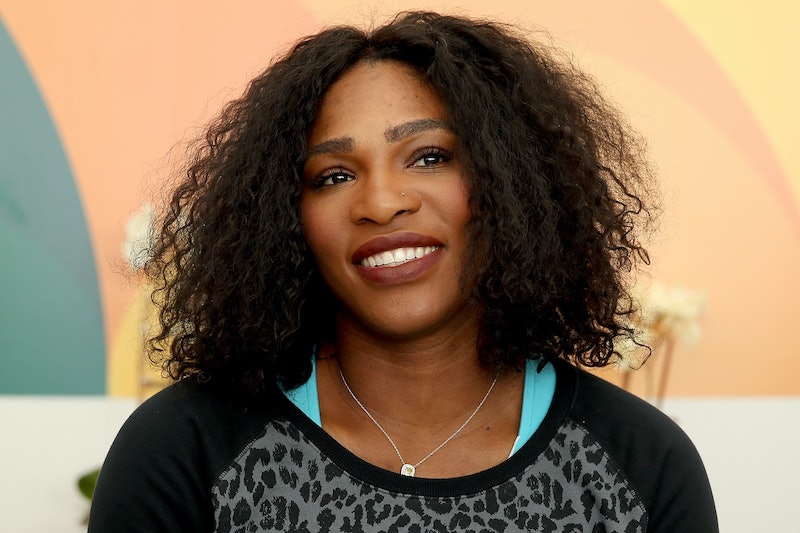 Beyoncé's surprise album Lemonade featured no shortage of amazing cameos, with appearances from Zendaya, Jay Z, and Amandla Stenberg, among others. The public figures who appeared ranged from Beyoncé's family members to the mothers of Eric Garner, Michael Brown, and Trayvon Martin to even A-list sports stars. As Serena Williams' Lemonade cameo proved, the athlete doesn't just have killer moves on the tennis court — she held her own dancing alongside Queen Bey during the track "Sorry," which couldn't have been an easy feat. Speaking about her cameo in May, Williams told The New York Times that she's known she knows Beyoncé pretty well, and the duo thought that the song was a good fit for her cameo because it places a strong focus on strength and courage.

Of course, dancing next to Beyoncé has got to be a little daunting, but Williams explained to the Times that the pop star offered these words of advice and encouragement:

"She told me that she just wants me to dance, like just be really free and just dance like nobody's looking and go all out. So that wasn't easy in the beginning, but then it got easier. ... I thought that particular song on the visual album was really a strong song, and it was also really fun at the same time."

Like everything else about the album, Williams' role was kept under wraps until Lemonade's April 23 release date. When the video album came out, the athlete shared an image of her cameo, and seemed as excited as anyone that she got to play a part.

Although she may have experienced some pre-filming jitters, Williams can rest assured that the public's response to her cameo was overwhelming enthusiastic and positive. USA Today was quick to report that fans on social media went wild — with some stating that she stole the show during "Sorry" and others clamoring for Williams and Beyoncé to collaborate again STAT. Based on the incredible success of the song and Williams' performance, it seems like a definite possibility that fans will get to see these two amazing women onscreen together again at some point.