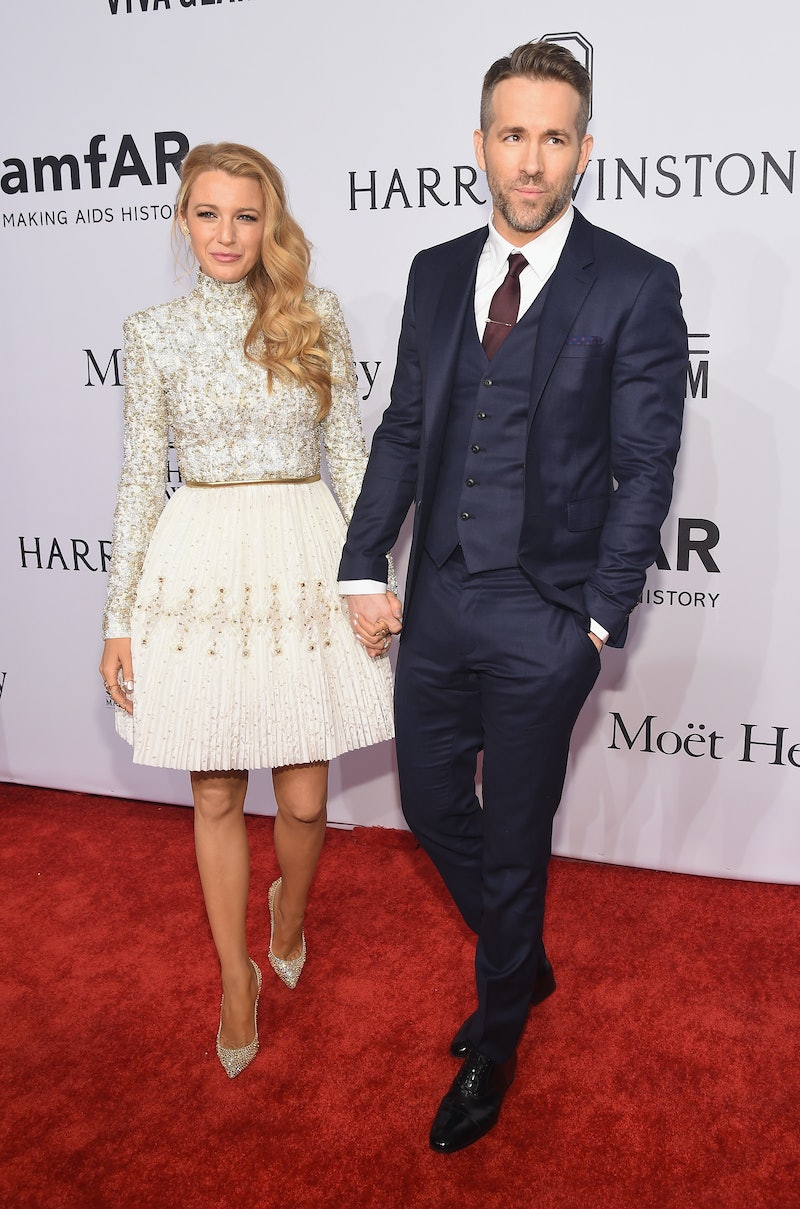 Not that I was exactly worried that the very obviously-in-love Ryan Reynolds wouldn't do something extra special for Blake Lively on Mother's Day — it's just that it's nice to be proven right. On Sunday, Lively posted Reynolds' Mother's Day gift to her on Instagram, and it's making every other celebrity co-parent and significant other look pretty bad right right about now. It's not that the Deadpool actor's present is particularly groundbreaking or unique — it's simply, that, as the saying goes, it's the thought behind it that really counts.

As a super successful celeb, I'd bet that Reynolds could have gotten Lively practically anything that's signify how much he appreciates her giving birth to and mothering their daughter, plus carrying their child-to-be. He could've bought her a yacht, a pony, a subscription to Tidal, the collector's edition of the Sisterhood of the Traveling Pants box set, you name it. But instead, Reynolds stuck with a tried and true Mother's Day gift that never gets old: flowers — a whole lot of them. The sweetness of his gift is less about the flowers themselves and more about the abundance of them. And when you look at the variety and beauty of them? It's clear that dude's got some great taste.

The other things especially sweet and genuine about this Instagram picture is its caption. Lively makes sure to wish her mother and sister a happy Mother's Day before getting into her own personal connection to the day, though she had a lot to celebrate. Wrote the star,

Happy Mother's Day to all the mamas out there!! Especially the two best mama's I know-- my mama and my sis @robynlively Thank you @vancityreynolds 🌷🌺🌸🌼🌻💐🌷🌸🌺💐😍 Best Mother's Day ever.

You can check out Reynolds' thoughtfulness for yourself, below:

At first, I questioned how he managed to carry all of those bouquets home, but then I remembered that he's Deadpool. *Sighs* I shouldn't have expected anything short of awesome from a superhero, anyway.