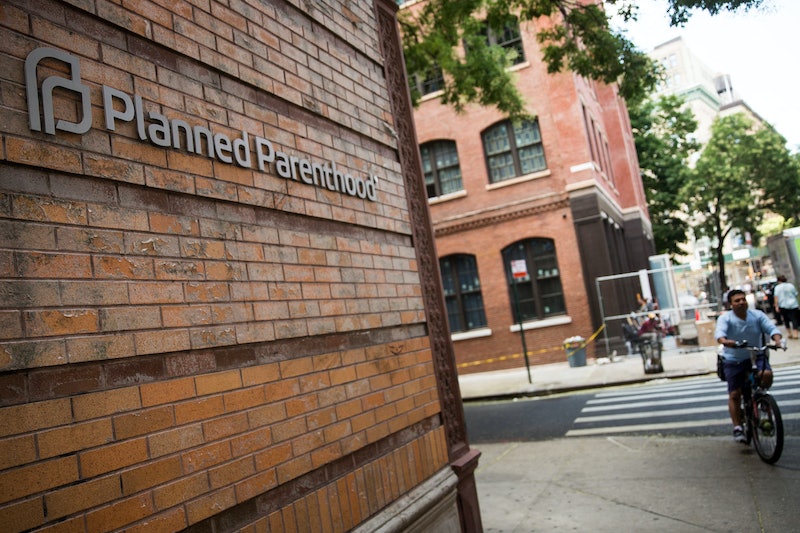 Planned Parenthood centers around the country are looking to further boost the healthcare services currently offered to transgender patients, including hormone replacement therapy, a common (and vital) treatment for patients looking to transition.

"Transgender people, like everyone else, have a fundamental need for quality healthcare, and deserve to be treated with dignity and respect," Eric Ferrero, the organization's now-former vice president of communication, told Teen Vogue. "The unfortunate reality is that not all healthcare providers have knowledge and understanding of transgender identities, so transgender and gender nonconforming people can encounter numerous obstacles to obtaining health care."

Planned Parenthood is helping to change that by making sure the underserved trans community has easy access to important health services.

"We offer preventive sexual health care services as well as hormone therapy for transgender women and men," the Planned Parenthood website states. "Patients under our care receive a written prescription for hormones which they fill at a pharmacy." However, Planned Parenthood is careful to state it does not directly provide hormones to patients, who must be 18 years or older, and not all centers currently offer hormone replacement therapy.

Are conservatives looking for a new reason to target Planned Parenthood following a grand jury's indictment of the anti-abortion activists responsible for the undercover videos? Defunding Planned Parenthood has certainly been a hot topic for conservatives in Congress in recent years with both the House and Senate voting on seven separate bills aimed at pulling federal funding from the national health organization in 2015 alone. Will vital transgender health services become conservatives' next target in the battle to defund Planned Parenthood?