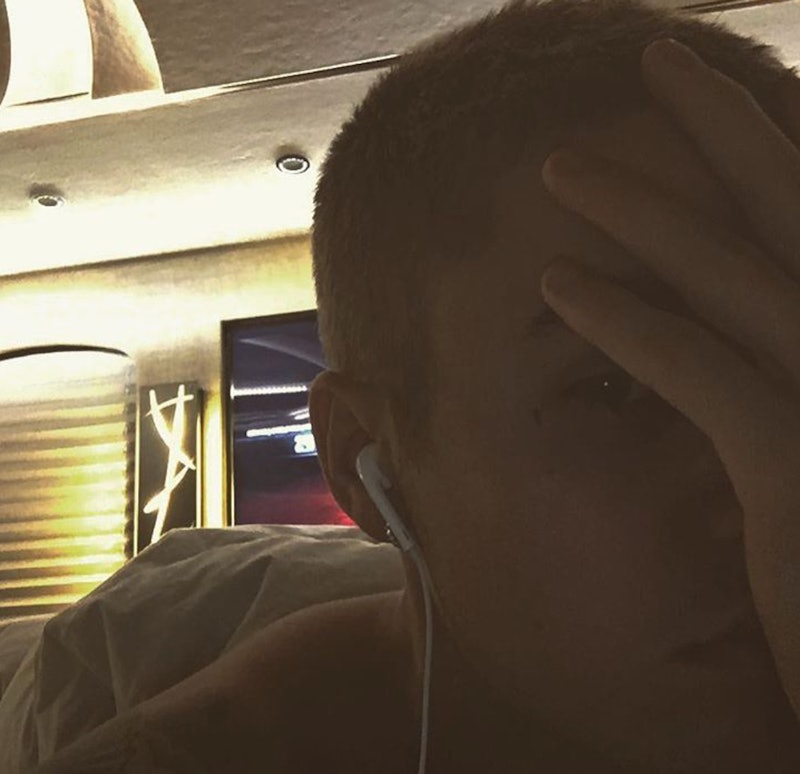 Face, neck, and throat tattoos are not necessarily for the tattoo newbie, simply because they become nearly impossible to hide, regardless of size. Justin Bieber got a face tattoo this weekend and of course the Internet and Beliebers lost their collective minds over The Biebs inking up that pretty face of his. Bieber has been loading up on ink over the past few years, from his sleeves to the wings on the back of his neck. He is living proof that tattoos can be addictive and that once you start, you can't stop. Bieber inked his face with a tiny cross near the corner of his eye. It's origin is actually quite sweet and much more meaningful than you might think.

Update: Justin Bieber's face tattoo was only temporary, according to a photo he uploaded a photo to Instagram on Monday night.

It's not just another piece of body art for The Biebs and as the meaning has come to light, some fans were actually really supportive of it.

The Biebs added this tattoo to his collection on Friday, May 6 in NYC. The artist, Jonboy, spoke to E! about the tattoo's meaning, saying, "Justin came in last night and decided on a small cross near the corner of his eye. It represents his journey in finding purpose with God."

Observe that face tattoo below.

So, it's real and it's of religious significance. The Biebs' good friend Joe Termini also got a matching tattoo with him. Therefore, the facial tattoo is also something that connects the singer with someone to whom he is close, further deepening its meaning.

Bieber has been very vocal about his relationship with God and even has a Jesus tattoo on the back of one of his calves. His new album is called Purpose, so it all makes sense.

See some of the fan comments? Beliebers "get" that deeper meaning.

Others were quite unhappy about the facial inking, especially since the singer reportedly told GQ earlier this year that he wasn't planning to get a face tattoo any time soon. He suggested he might do so when he is older. Us Weekly reports that he said he'd do a face tat when he was "maybe, like, forties or fifties or something" and that, "I think if they’re done right, they could be cool, but nothing supercrazy all over the face." So this shouldn't be too much of a surprise.

So while the face is rather rare real estate for tattoos, Bieber just got one for quite a powerful reason. Don't hate on him for that. It doesn't seem like a capricious, spur of the moment deal. He might even make tiny, meaning-rich face tattoos "a thing." Or not.

More like this
All The Products Hailey Bieber Used For Her Birthday Makeup Look
By Olivia Rose Ferreiro
Kim Kardashian On The Beauty Hack That “Changed My Life, My Skin, My Confidence”
By Taylor Jean Stephan
This Week’s New Makeup Releases & More Beauty Headlines
By Audrey Noble
2023 Piercing Trends That Will Upgrade Your Body Art Game
By Carolyn Steber
Get Even More From Bustle — Sign Up For The Newsletter