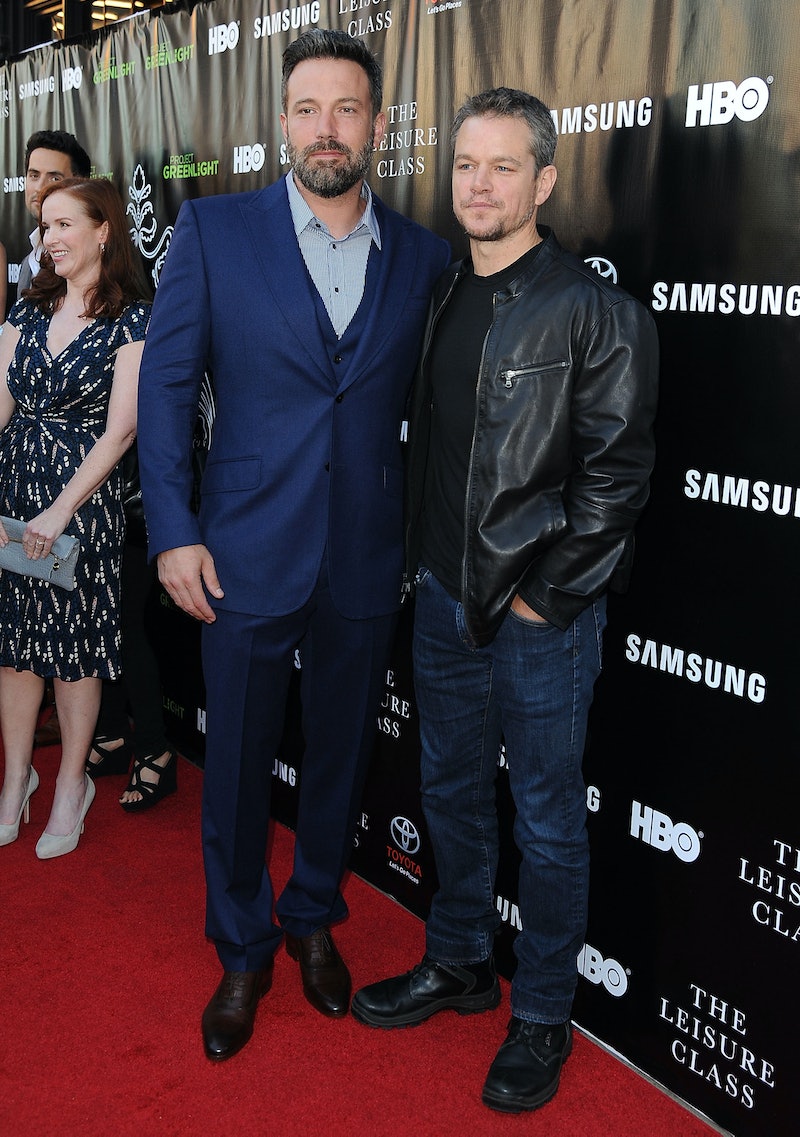 Matt Damon and Ben Affleck are doing, yet again, what they do best — working together to unify these United States. They started this kind of behavior back in the day with Good Will Hunting, the underdog story that movie people loved because it was a great story and also reminded the world that wealth and privilege doesn't make you smart. Everybody loved that movie: the rich, the poor, people on the East Coast, people on the West Coast. But Good Will Hunting was almost 10 years ago, and We The People need another Damon/Affleck collaboration to bring us together: Enter Damon and Affleck's project The Runner , a reality show that unites the entire United States... with a huge game of tag.

In the game, one chosen “Runner” attempts to make it across the U.S. unnoticed over the course of 30 days so he/she can claim the million dollar prize. Both the Runner and the eight two-person teams tracking him/her, aka the Chasers, follow clues sent to them via text message about where the Runner will be sent next. But we don't just get to watch people play a super intense game of tag and then talk about it over the water cooler at work the next day. Executive Producers and BFFs, Batt Daffleck have made it a part of the game that we bored citizens just going about our business can send tips in exchange for cash rewards in if we spot the Runner on our turf.

The show is set to premiere July 1 on Verizon's free, ad-supported video platform, Go90. I can't help but think that this is what our nation needs. Just a big 'ole game of tag to remind us all that every one of us was kid once. When The Runner premieres, lion will lay with lamb, vegan with hunter, grouchy Starbucks employee with impatient big time executive.

Because, if there's anything we can all agree on, it's that its fun to make money — and making money for being a busybody is all the better. Thanks Matt and Ben, you guys are really the best.