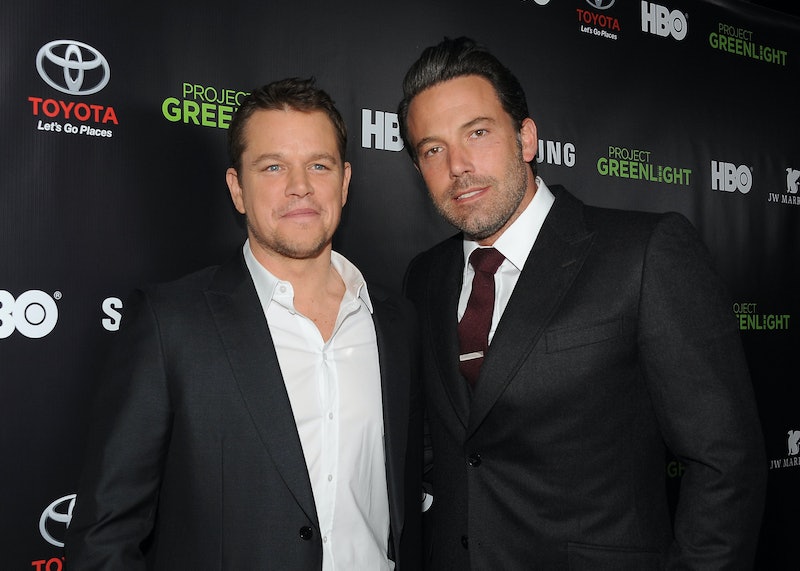 The filmmaking competition series Project Greenlight isn't the only reality series that Matt Damon and Ben Affleck have in the works. According to Deadline, the Good Will Hunting Oscar winners are back in the unscripted game once again, this time with a reality series that sounds like an action movie meets The Amazing Race. On Monday, Deadline released a trailer for Affleck and Damon's new series The Runner , which airs this summer beginning July 1. If the name doesn't give you any clues as to what to expect from this series, well, that's because this series is unlike anything you've ever seen before. The Runner may be the most "2016" competition series to ever happen, and it could be one game that you get seriously invested in this summer.

Think of The Runner like a worldwide game of tag. According to the new trailer, the show's "Runner" is following a trail of clues that will take him across the globe. If he gets to the end of the 30-day challenge, he gets a crazy cash prize. Unfortunately for the Runner, he's being chased down by teams of "Chasers" who want to catch him. If the Chasers get to the Runner before the end of the game, they are the ones who will claim the crazy cash prize.

It's not just the Runner and the Chasers who get in on the action in this competition series. No longer does a reality TV audience need to dial in to a hotline to vote for their favorite singers: The Runner is making audience members active participants in the game. Download the go90 app to stay connected with the show and see live updates of what the Runner and Chasers are up to, and if you provide clues or tips that could help capture the Runner, you can be eligible for your own cash prize. The best part? There's no running involved on your part.

The audience interaction isn't the only thing that makes The Runner ever-so 2016. The show won't be a network event: instead, the series will premiere on go90, the free, ad-supported Verizon platform. It's just another way that The Runner is proving itself to be one of the more innovative summer reality shows, and here's hoping a lot of people get in on this worldwide game of tag.