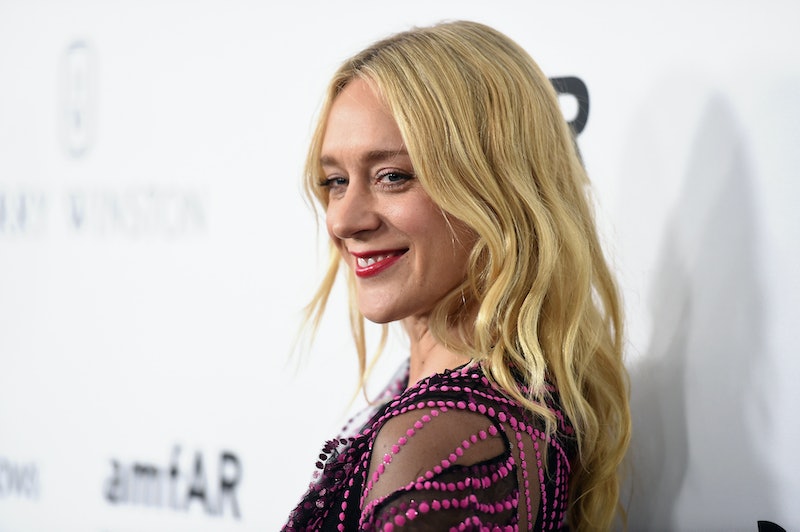 Jane Austen’s latest masterpiece brought to life on the big screen reaches new levels of female cunningness and deceit — and it’s awesome. If I've learned anything from the iconic writer’s pieces, it’s that a woman’s gotta do what a woman’s gotta do — guilt and second guesses are to be left at the door. At least that’s what’s expertly portrayed in Love & Friendship by leading ladies Kate Beckinsale and Chloë Sevigny. Their characters have everyone around them in the palm of their hand, and whether it’s for their own good or not, they know exactly what they’re doing. But is it wise to take these fantasies from the silver screen and apply them in real life? Sevigny is here to weigh in — honestly and unapologetically.

In the romantic comedy based on Austen’s Lady Susan, Sevigny plays Alicia Johnson, a woman in a less-than-blissful yet secure (i.e. he's very wealthy) marriage, who helps her friend Lady Susan Vernon (Beckinsale), who’s on a mission to find herself and her young daughter some husbands. Without any spoilers, it’s safe to say they get sh*t done and they do it their way. Although the original story was written in 1871, Sevigny explains how there are aspects every modern woman can learn from and apply to today’s romance struggles. “I feel like [mystery] is something we should all infuse in our relationships. Keep some things private, keeping an air of mystery about yourself, intriguing. Even in a long-term relationship.”

She admits though, the mind games played by women in Austen’s work can definitely get out of hand. “I feel like that’s just a way to carry along the plot as the twist. I don’t know if that’s really wrong or just a way to keep the story twisting and turning,” the 41-year-old tells me.

These mind games, however, aren’t always a bad thing. Manipulation is served in epic proportions in this story, but should women feel proud or ashamed of using this tactic to get what they want? Sevigny says women shouldn’t at all feel ashamed for being a little manipulative, that is, if they’re manipulating wisely. She says:

I think women can’t help but be a certain amount of manipulative because we’re so powerful. It’s such an easy tool for us to use. I don’t mean that in a negative sense whatsoever — totally positive. It’s a great power that we have and we should yield it. I would use it wisely. I feel like you can do it and still be a good person if the outcome is not going to hurt anybody.

Like Sevigny, I’m all for women using manipulation when, where, and how they see fit. But do people use it to get something they truly want, or simply because they can? A perfect example of this predicament is Sevigny’s character's situation. She manipulated her husband into marrying her for security, though she doesn't love him.

“Today, I wouldn’t be in an arranged marriage, but I might be in a marriage of convenience,” Sevigny says. “[My character] is in an unhappy situation and she’s confiding in her girlfriend and living vicariously through her, which I think a lot of us do. [She's] envious of her girlfriend’s freedom but at the same time wanting her to have sort of stability.”

Which led me to my next question: Do manipulations get so out of hand that people deceive themselves? To me, it seems the lines can be blurred, and that it’s difficult to assess whether people settle down because they feel pressure to, or they genuinely want to. Here's what Sevigny has to say:

I don’t know, because a lot of my girlfriends still aren’t married. I have a lot of friends that are artists or something, I don’t know if they’re all just too selfish… Very few of my girlfriends are in traditional families or relationships or however you want to put it. I think people might settle for different reasons. The modern predicament is finding yourself pregnant and then [laughs] it’s kind of a reverse.

To recap: Manipulation can be fun and exciting and powerful, just use it for the right reasons (and ultimate happiness), promise? Good.