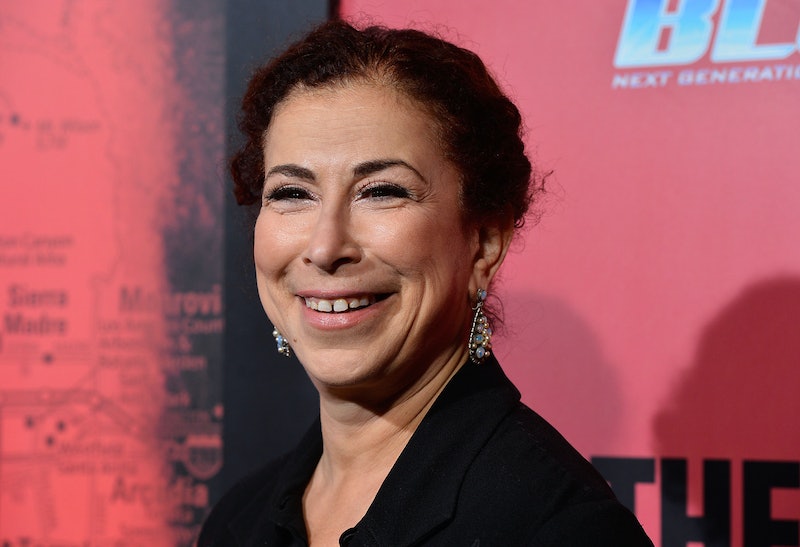 Do you recognize the woman in the photograph above? If you popped on an episode of Nip/Tuck, maybe it would jog your memory. The woman pictured is Roma Maffia, one of the actresses profiled in a fantastic and telling documentary on Netflix. Humorously titled That Gal...Who Was In That Thing: That Guy 2, the doc is a educational and entertaining addition to Netflix's lineup — and in my opinion, you should put it at the top of your queue immediately. Here's why.

Recently, the media has called attention to the disparities between men and women working in Hollywood today. From a study conducted by the Center for the Study of Women in Television and Film, Variety reports that, "Women didn't fare much better in professions other than directing. They comprised 11% of writers, 20% of executive producers, 26% of producers, 22% of editors, and 6% of cinematographers."

Unwittingly amplifying these stats, That Gal trains its lens on eight actresses who have appeared in major film and television projects as the supporting actresses, "you know from somewhere." These women come together and tackle not only what it's like to have a supporting status, but also talk about their experiences aging, having their appearance picked apart, balancing motherhood with their careers, and their treatment on set from their male peers.

If you want to get a better sense of what Hollywood gender disparity looks like, start with That Gal. The doc is divided into chapters, starting with an overview of industry practices. In one of the first chapters, "The Male Point of View," actress Alicia Coppola notes that there's so few female roles available because there's so few female writers. Versions of this notion are expanded upon by the other female interviewees, who note that men's roles dominate character breakdowns and that men who direct or write allegedly don't understand that women can adapt to a role (and want to) regardless of gender.

Chapters on ageism and motherhood in That Gal are especially affecting. Roxane Hart recalls during her time on Chicago Hope when a male producer encouraged her to get pregnant because it would make for a great storyline on the show. L. Scott Caldwell (Lost) tells a haunting story of the moment her son said she "didn't need him" during a cast party wherein she received some big career news. Even in typecasting, each women details the archetypal roles they've been cast in. Repeat offenders include lonely blondes, judges, mothers, and prostitutes.

While this seems like harrowing subject matter, the women who tell these stories find, at many junctures, the humor in how ridiculous the situations are. That Gal certainly doesn't intend to get up on a soapbox. Rather, it manages to awaken it's viewers to the fact that, even with a push for more female-driven film projects, the sexism is allegedly still deeply systemic.

You'll have fun watching That Gal and (bonus!) it is a great primer on just how unevenly that scales are tipped for women in Hollywood. Check it out and start a conversation with your squad. You'll be glad you did.