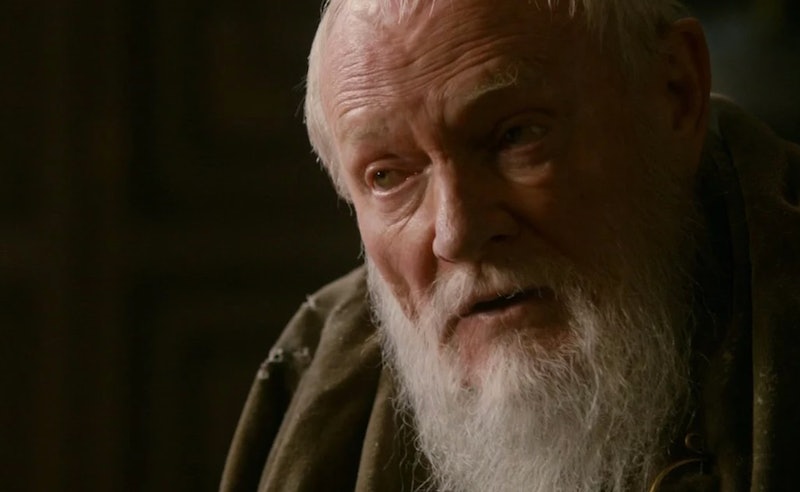 Fartget about Jon Snow coming back from the dead, because Sunday’s Game of Thrones was all about flatulence. During this week’s episode of the HBO fantasy epic, a most suspect, toot-like sound poured out of my television speakers when Cersei, Jaime, and the Mountain paid the small council a visit. Never one to take a fart joke for granted, my ears immediately perked up. Was that what I thought it was? Or was that one of the squirrels in my neighborhood yakking up a storm again? A quick rewind and a quick scan through Twitter confirmed what I hoped was the case: Someone totally ripped butt on Game of Thrones. As Uproxx astutely points out, this was not the first time a character has farted on GoT , but that didn't make the moment any less surprising (or delightful). As far as I'm concerned, a fart joke is never hack.

So, who dealt it? Who was the cheese-cutting culprit? Who broke the silence by breaking wind? It was probably Pycelle, but let's consider the top three most reasonable scenarios.

Scenario 1: While he is smack dab in the middle of saying some not-so-nice things about the Mountain, Grand Maester Pycelle notices that Cersei, Jaime, and the Mountain have entered the room. He exhales nervously and unintentionally releases some hot 'n' nervous gas. (Hey, it happens to the best of us. Even Grand Maesters.)

Scenario 2: When Mace Tyrell realizes Cersei, Jaime, and the Mountain are in the room, he is too paralyzed with fear to stop Pycelle in the middle of his anti-Mountain rant. As Pycelle goes on and on, Mace stares at the unexpected guests. When Pycelle finally stops throwing verbal daggers at the Mountain, Mace does not relax. He is frozen. Though he is too terrified to speak, Mace's bowels eventually react to the awkward situation.

Scenario 3: The Mountain says hello to the small council with a polite fart.

I will forever hold scenario number three in my fart, er, heart.