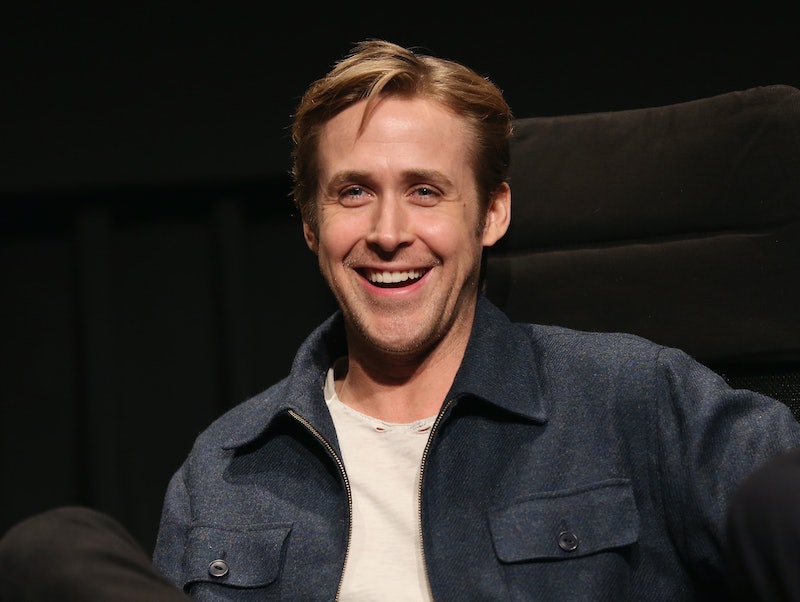 Who says that there are no more surprises left in the celebrity world? New reports about a super private couple suggests that this couple is very, very good at keeping a secret — or at least their private lives private. TMZ reports that Eva Mendes gave birth to her second child with Ryan Gosling, and though neither party has confirmed that this news is true, it's sending fans of the celebrity couple into a tizzy. It is, after all, the second pregnancy that Mendes and Gosling have been able to keep as under the radar as possible. According to TMZ, Mendes and Gosling have allegedly chosen a very special name for their daughter: Amada Lee Gosling. So what does Amada mean, and why might Gosling and Mendes have chosen it? It could connect Amada to her family.

Though Mendes and Gosling's first daughter Esmeralda was named after the character in the Victor Hugo novel The Hunchback Of Notre Dame, Esmeralda's middle name is Amada. The significance of this shared name makes sense, because, according to Mendes, it's a family name. Mendes told The Violent Grey that Amada is her grandmother's name, and therefore holds significance for the Place Beyond The Pines actress. Now, in addition to connecting Mendes' child with her great-grandmother, the name will also bond Amada and her older sister.

The fact that Amada is a family name isn't the only reason that Mendes chose that particular name for her child. The name Amada has a beautiful connotation in Spanish, as the name Amada translates to "beloved." Clearly this baby will be very loved in her lifetime, so it's only appropriate for her to have a name that evokes such strong emotions. The fact that Amada is a Spanish name is also likely important to Mendes, as her parents are from Cuba, a Spanish-speaking country.

Until Mendes and Gosling open up about their decision to name their alleged daughter Amada, we may never know all of the significance of her name. Still, it's safe to say that the name Amada is one close to this couple's heart.