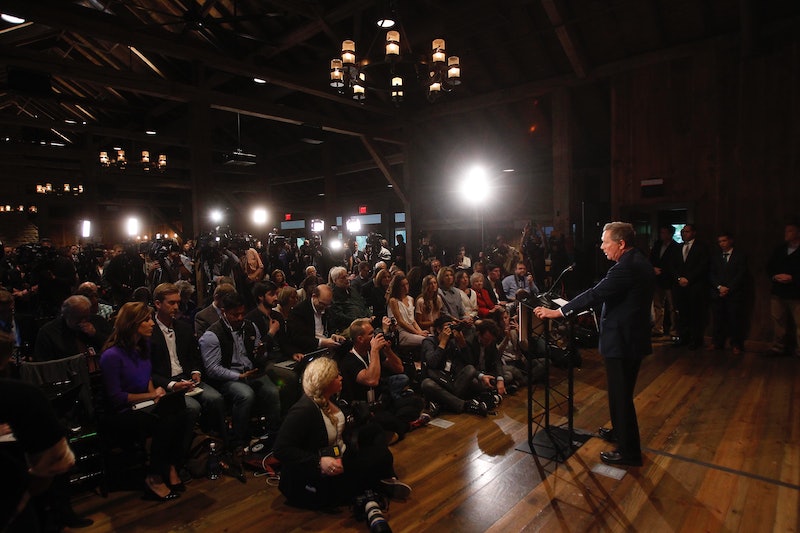 The chattering class has moved on from wondering who be the Republican nominee to wondering who the nominee will choose as his running mate. To be sure, he doesn’t have that many great options, because he’s effectively alienated, oh, half of the Republican Party. Still, there is one Donald Trump vice president pick that could save his campaign.

That would be the governor of Ohio, John Kasich. Before getting into the likelihood of this actually happening, let me acknowledge that it’s entirely possible that nothing can save Trump’s campaign at this point. There are severe and systemic obstacles to a Republican victory in 2016, and Trump makes just about all of them even harder to overcome. Still, tapping Kasich for VP could help him get past at least some of these obstacles, and he’d help more than almost anyone else gunning for a slot on the ticket.

First of all, Kasich is the governor of one of the most important swing states in the country. Whether he could put Ohio in the Republican column is anyone's guess, but as the state's incumbent governor, it certainly couldn't hurt. This alone is a very compelling reason for Trump to choose him.

It's not the only one, though. Unlike many of Trump’s other prospects — and unlike Trump himself — Kasich is widely regarded as a capable, level-headed, and pragmatic leader. Putting someone like that on the ticket would give the impression that there’s a steady hand behind the impulsive ball of madness and narcissism that is Trump, and could convince at least some on-the-fence Republicans, like House Speaker Paul Ryan, that a Trump presidency wouldn’t lead to World War III. None of the other contenders for Trump’s running mate (Chris Christie, Newt Gingrich) can accomplish this.

Of course, picking Kasich as his running mate won’t necessarily get Trump into the White House. But having the respected Ohio governor on the ticket could help accomplish the secondary Republican goal of preventing a bloodbath in down-ballot races across the country. There’s a widespread fear in the GOP that having Trump as the nominee will hurt Republican candidates in close House and Senate races. It's conceivable that putting Kasich on the ticket will get just enough extra Republicans to the polls to save some of those candidates..

This is a rosey-eyed scenario, though. Because let’s be honest: Trump’s campaign might be beyond saving. Furthermore, Kasich has ruled out the possibility of being Trump’s running mate on many occasions, and while he always backtrack on that, his repeated insistence that he has no interest in the position makes it a bit harder to imagine Trump picking him.

Still, if Trump wants his campaign to be remembered as anything other than an unmitigated catastrophe for the Republican Party, he’d be smart to pick the Ohio governor as his running mate. Kasich was the last man standing before Trump clinched the nomination. Why not give him the number-two slot on the ticket?