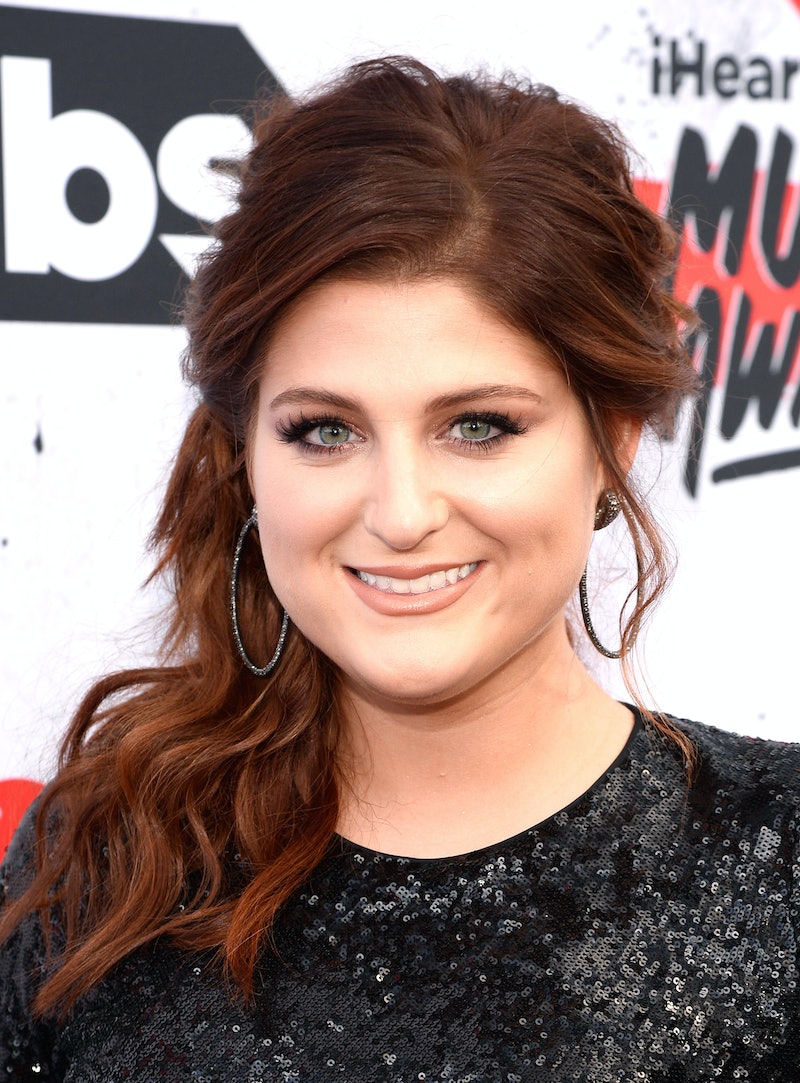 Since she debuted her first single in 2014, Meghan Trainor has been all about that body confidence, and she's not giving up on the cause anytime soon — especially when it comes to a little controversy over her latest release. On Monday, Trainor pulled her music video for "Me Too" shortly after its launch. The singer claimed that Photoshopping had been done without her consent less than 24 hours after its initial premiere. In fact, the 22-year-old claimed that her waist was made smaller in editing, and said that she's not too impressed with that particular choice. Update: Trainor has now reposted her video on YouTube and it's a version she approves of.

Earlier: Bustle has reached out to Epic Records for comment, but has not yet heard back.

Trainor took to Snapchat to explain what happened, and why she decided to take the video down. And in case you missed it, don't worry — plenty of fans captured her explanation from the app. In the clip, she says she's "embarrassed" about the changes that she says were made without her approval, and that the video won't go back up until the editing is fixed:

"My waist is not that teeny. I had a bomb waist that night. I don't know why they didn't like my waist, but I didn't approve that video and it went out to the world, so I'm embarrassed."

And if you don't already love Trainor, you might become a fan now, because it seems like she's taken what could be a really awkward situation and turned it into an opportunity to prove that tiny waists are not required to create good music — or entertaining music videos.

In "Me Too", Trainor sings about the things that she loves about herself, walks around wearing a giraffe onesie, and even kisses her Grammy when she wakes up in the morning. Does that sound like the kind of woman who would be OK with this type of editing in one of her music videos? Nope — especially not for a song with lyrics like this one.

Here's hoping that the video gets fixed and returns to the internet ASAP. Minus the alleged Photoshopping, it was a pretty awesome video that preached confidence, and isn't that exactly what Trainor's doing by standing up for her body? Fortunately, there's still plenty of time before her latest album, Thank You, drops Friday, May 13. And who knows? Maybe this bump in the road will make fans love the video in its true final form even more.