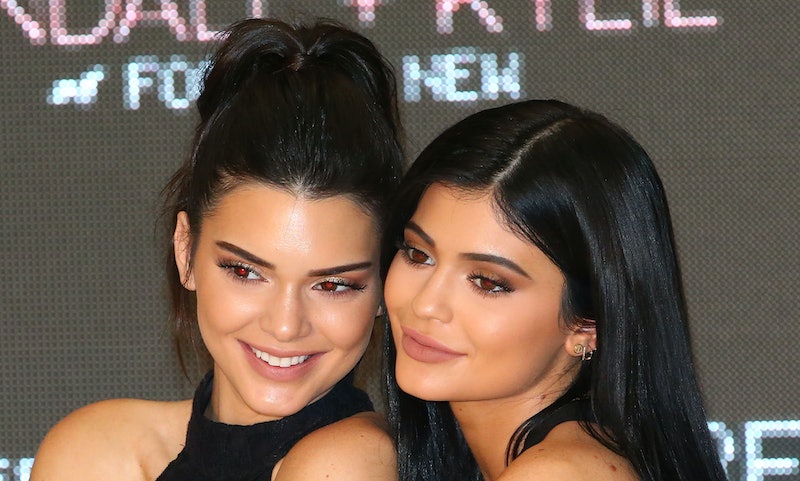 I don't know about you, but the best part of my elementary (and even junior high) school career, was going on field trips. Because let's be real here, who is going to choose learning long division over getting to do some extra cool stuff during class time? That's right, absolutely no one. (Except maybe a future mathematician, but how many are there of those, anyway?) And just because my school career is over, that doesn't mean that those school-aged dreams have died along with it, and this holds true for the Jenner girls. Kendall and Kylie Jenner went to Legoland, and it was the trip of all your elementary school dreams realized.

First off, I can proudly say that they did things the right way. As People relays, the girls hired a legitimate school bus to ferry the "class" — aka them and their besties — to their destination, upping the nostalgia factor and my unabashed envy by approximately one billion percent. And, as with any memorable school field trip, there was singing (or in this case, lip syncing) involved, per the youngest Jenner's Snapchat, to pass the time. Except, you know, on a way more Kardashian scale.

Then, as if the bus ride wasn't enough fun, they did actually end up going to Legoland, which included riding the rides and, obviously playing with legos, which, let's be real, is what every adult secretly wishes they were doing instead of working 9-to-5. And on top of that, People reports that that night, the group went to a Rihanna concert, too, and took the bus home.

You can check out a more in depth view of their shenanigans below, because honestly, it seemed like the best day in the history of ever, and everyone should take some notes.

I bet there weren't any chaperones telling them they needed to wear their seat belts, either.

Another Shot Of *The* Bus

Remember when we thought going on the cheese bus wasn't cool? How stupid of us.

The Tour (Of Sorts)

I want to jump through screen and build a not-so-structurally-sound multicolored building.

Basically, if you aren't simultaneously looking up Legoland ticket pricing, texting your friends, and calling a bus company right this minute, you're doing it wrong.