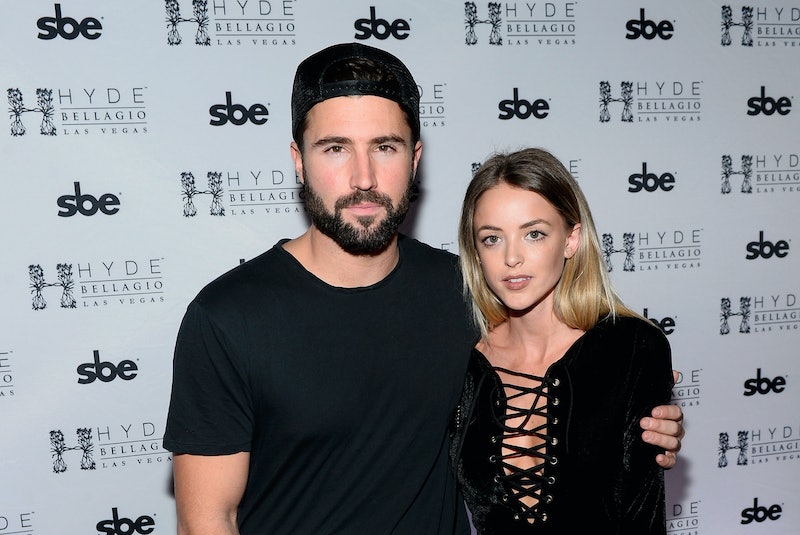 In case you missed the big news, the Kardashian/Jenner clan is about to get even bigger. Earlier this month, Brody Jenner and girlfriend Kaitlynn Carter announced their engagement, which seemed imminent after all the adorable photos they always share on Instagram together. Brody popped the question on May 4 during a family vacay to Bali, which obviously made for a pretty insane setting for the couple to celebrate their decision to spend the rest of their lives together. But even though it's awesome news, it does bring up an important question that's been on a lot of fans' minds: Will Kaitlynn Carter take Brody Jenner's last name?

So far, the answer to that question isn't quite clear just yet, but it's pretty obvious why so many people want to know. If Kaitlynn does decide to change her name, that means there will be two Caitlyn Jenners in the family, and that could get confusing — and not just when the whole gang gets together on holidays. Not only is Caitlyn such an established figure in her own right, but Kaitlynn is also a style blogger herself. Even though they spell their names differently, it's not an ideal situation for two women who want to be known for their work, especially since personal branding has become so important.

But even though Kaitlynn is the only one who can make that final call, a lot of her followers have been speculating in the comments of her Instagram posts, and what they have to say isn't always kind. Some are mocking the fact that there would be two Caitlyn Jenners in the family, while others are suggesting that Brody should change his last name to Carter instead — and there are plenty of rude and insulting remarks to be found there. That really sucks, because an engagement is a really exciting time in someone's life. Why bring them down over something so trivial? Ultimately, the decision of what Kaitlynn decides to do after she and Brody are married is totally up to them, and whatever they decide will be the right choice for them.

Besides, it's 2016. Many women opt not to change their last name when they get married, and Kaitlynn could be one of them, especially since she's already launched her blog, Western Wild, as well as her fashion website, Foray Collective, under her maiden name. Guess we'll just have to wait and see! In the meantime, I'm just excited to see what dress Kaitlynn decides to walk down the aisle in. Judging by what she's already shared of her taste in fashion on her blog, it's going to be gorgeous.