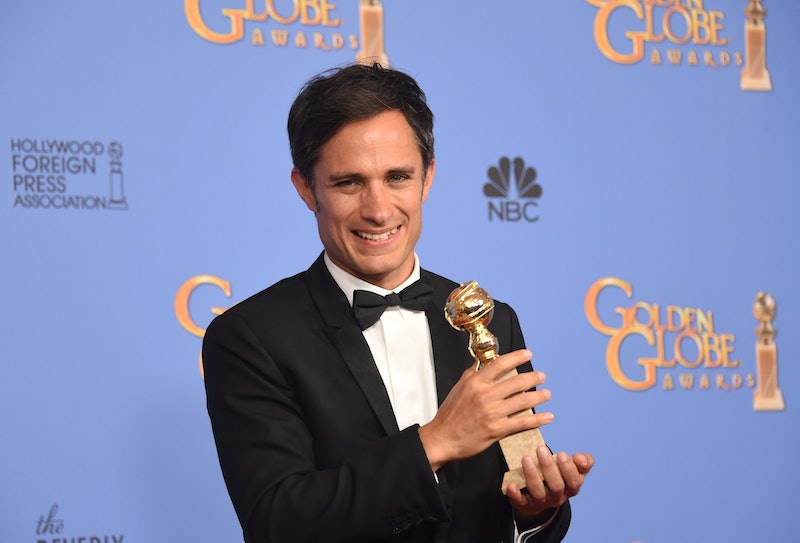 Antonio Banderas' best role is unarguably Zorro. The Spanish actor was the last to play the swashbuckling vigilante in the 2005 film The Legend of Zorro, a sequel to The Mask Of Zorro, which introduced him as the character in 1998. But now, 11 years later, there's a new masked man for a whole new generation, and he couldn't have been chosen better: the next Zorro is Gael García Bernal, who has more charm in his little finger than you do in your whole body. He is the perfect next Zorro.

García Bernal will be playing a futuristic Zorro in director Jonás Cuarón's version of Zorro in a film called Z. Cuarón is indeed the son of Academy Award-winning director Alfonso Cuarón, and Jonás had a hand in that: he wrote the screenplay for Gravity, which won his dad the Oscar. Jonás Cuarón is also currently working with García Bernal on their film Desierto, which will be released later this year. The young director said of the role: "Zorro is a hero who is charming, witty and clever. Gael possesses all those characteristic and he’s able to deliver them with a modern spin to introduce the Zorro character to a new audience."

If you weren't a teen or tween when The Mask Of Zorro came out in 1998, then you probably aren't as excited as those of us who were. A young Antonio Banderas in a mask and an open shirt riding horses and saving Catherine Zeta-Jones was enough to make us all swoon. And it was so cute when he fell out of the tower trying to land on his horse. Zorro was also one of the first roles that made Banderas a household name to American audiences.

García Bernal has seen his fair share of success; he recently won an Emmy Award for his role as Rodrigo in the Amazon series Mozart In the Jungle, and was named one of Time's 100 Most Influential People of 2016. And guess who wrote his introduction? Alfonso Cuarón. But much of his work is serious, political, or dark, and Zorro could bring him to a whole host of new audiences.

Even though a lot of García Bernal's past roles have been heavy and dark — think Rosewater, Y Tu Mamá También, Amores Perros, and Babel — he's always charming, quick, and in command. He basically is the legendary masked man already, the endearing Zorro for a whole new generation. One of his lighter films, the very surreal Science Of Sleep, proves that he is capable of playing a dreamer just as much he is someone entrenched in violence and politics. It's lighter fare for the Mexican actor, but do you blame him for looking for a little break?

Unfortunately, Z hasn't even started production yet, though there is a date and time set: Cuarón's Zorro will begin filming in the fall at Pinewood Dominican Republic Studios. No word yet on who Zorro's love interest will be, but they've got a big job following in the footsteps of Catherine Zeta-Jones. If you want to get a feel for what Cuarón and García Bernal can do together, though, check out Desierto, the film they just wrapped.