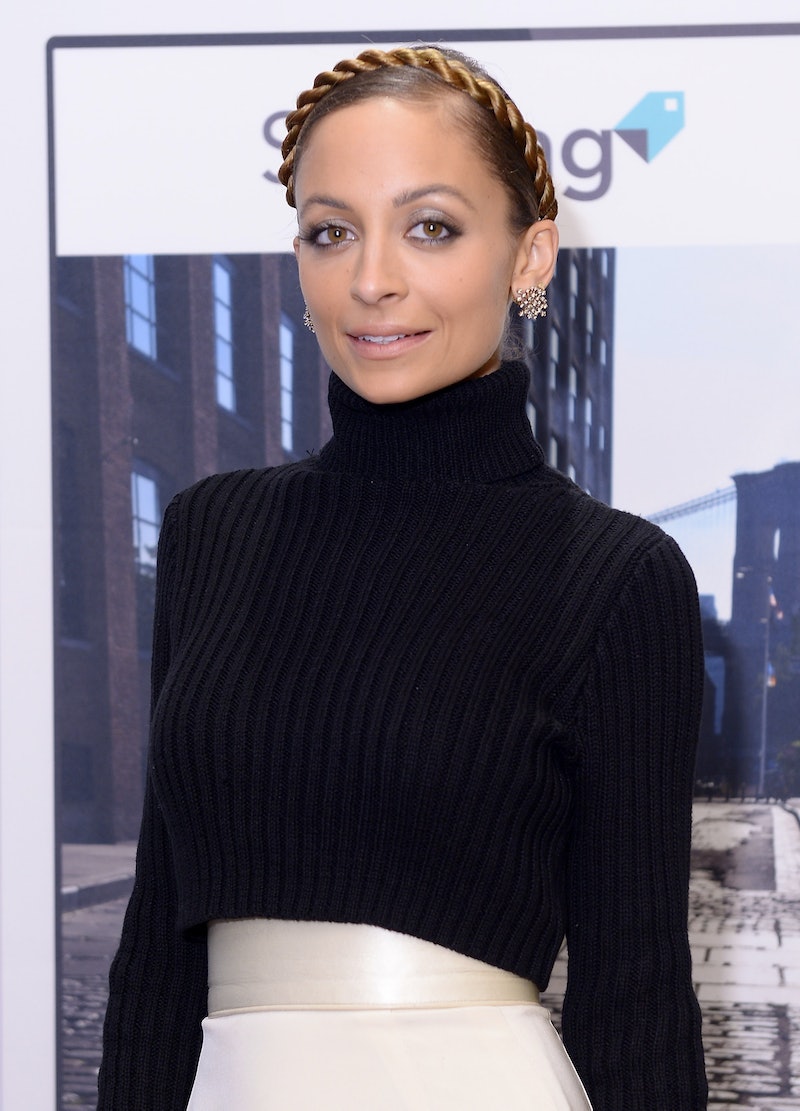 Nicole Richie did something extremely horrifying, but extremely exciting yesterday. Nicole Richie was brought on stage by Britney Spears during her Vegas show, "Britney: Piece of Me." Richie was called up from the crowd and not only had to dance, but also had to crawl on all fours while being walked on a leash by Spears. This is such a scary idea, but Richie seemed as excited as any Spears fan. Screw the fact that Spears became Paris Hiltons' new BFFN (best friend for now) back in the day, now these ladies are grown up and ready to walk each other on leashes!

Getting through dancing on stage with Britney Spears while not peeing your pants would be hard enough, so add in the hundreds of people that were watching and the whole acting-like-a-dog thing and this is would be so terrifying.

Richie seems to have handled it well. In a video taken of the performance, Richie doesn't freeze up on stage and dances along with Spears' backup dancers. She did look a little awkward when she had to crawl on all fours, but it would be near impossible not to. It is a tradition for someone from the audience to be walked on a leash while Spears sings "Freakshow" (again, terrifying!) and so Richie went along with it.

Afterward, Richie posted a couple photos of herself on stage to her Instagram account. In the pictures Richie looks super excited giving Spears and hug and holding up a t-shirt with Spears' face on it. Spears thanked Richie on Twitter saying, "Can we all give a round of applause to @NicoleRichie for playing along in the show tonight? U looked hot crawling on all fours ;)" She also thanked Richie directly and she responded in the only way acceptable.

We would all wonder if we were alive after that.