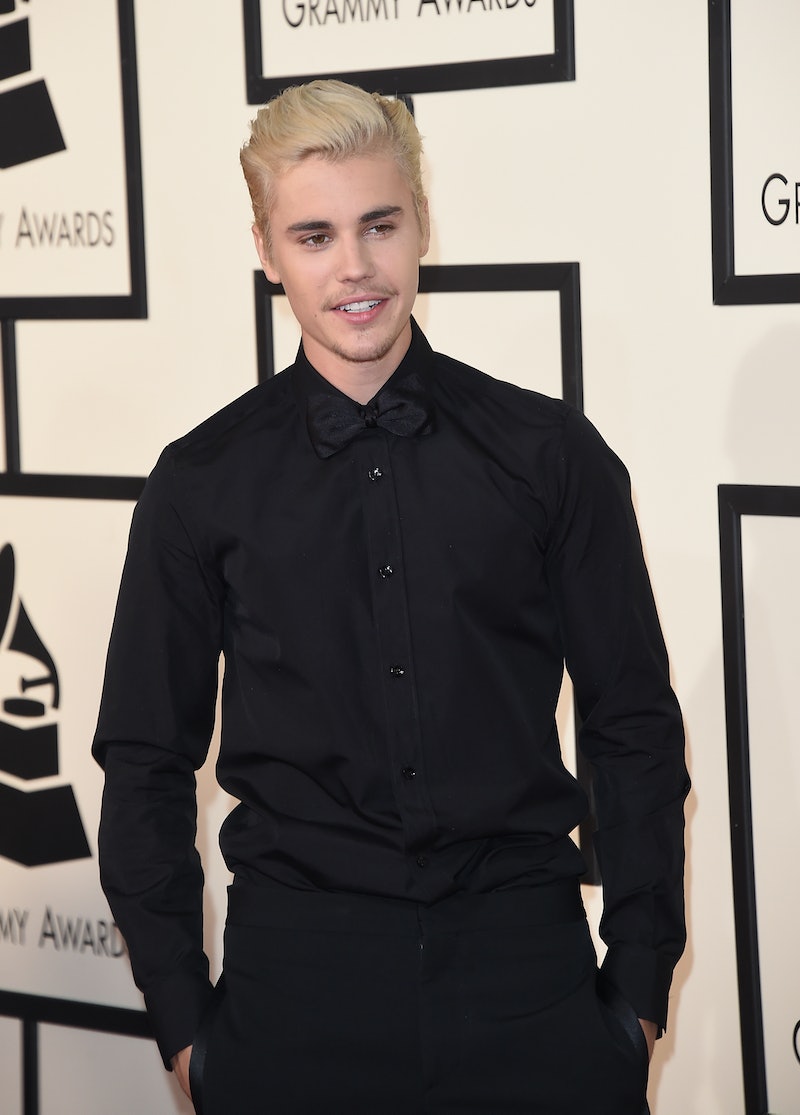 I feel a change coming, friends, and that change has something to do with how celebrities interact with fans. On Tuesday, Justin Bieber announced via Instagram that he would no longer be taking pictures with fans. As far as the public knows, there was no one incident to cause this decision, and the tone of Bieber's message seemed to one of general annoyance and feeling fed up. Interestingly, his announcement comes just one week after Amy Schumer revealed via Instagram that she would no longer be taking pictures with fans, either. Unlike Bieber, Schumer provided a reason why — she reported being accosted by a man as she was walking down the street — but regardless of the motive, all of these public declarations have me wondering if more and more celebrities are going to stop taking pictures with fans.

In his Instagram post, Bieber announced his reasons for the break from taking photos with fans, writing:

If you happen to see me out somewhere know that I’m not gonna take a picture I’m done taking pictures. It has gotten to the point that people won’t even say hi to me or recognize me as a human, I feel like a zoo animal, and I wanna be able to keep my sanity. I realize people will be disappointed but I don’t owe anybody a picture. and people who say “but I bought ur album” know that you got my album and you got what you paid for AN ALBUM! It doesn’t say in the fine print whenever you see me you also get a photo.

I can’t say that I blame Bieber for his decision. Non-celebrities can't imagine what it is like to not be able to walk down a street without being approached or harassed for your image or your autograph. Bieber is so famous that he likely has to consider security and his personal safety whenever he leaves the house, and so deciding to no longer take pictures with fans for this reason alone seems perfectly understandable to me.

So, no, I don’t think Bieber is wrong for publicly stating that he won’t take pictures with people anymore. He’s a real person trying to live his life without being harassed, and while the news may be disappointing to some fans, it makes a lot of sense. I hope this change helps Bieber to be able to live his life more peacefully, and feel more at ease with his devoted fans.

More like this
Justin & Hailey Bieber's Bond Is "Unbreakable" Amid His Ramsay Hunt Diagnosis
By Bustle Editors
Will Beyoncé Be At The BET Awards To Perform “Break My Soul” Or Attend The Show?
By Jake Viswanath
Twitter Has *A Lot* To Say About Justin Timberlake’s Beat Ya Feet Dance
By Sam Ramsden
Selena Gomez Is Fine Being Single, But She Still Manifested Romance On 'SNL'
By Martha Sorren, Jake Viswanath and Jack Irvin
Get Even More From Bustle — Sign Up For The Newsletter