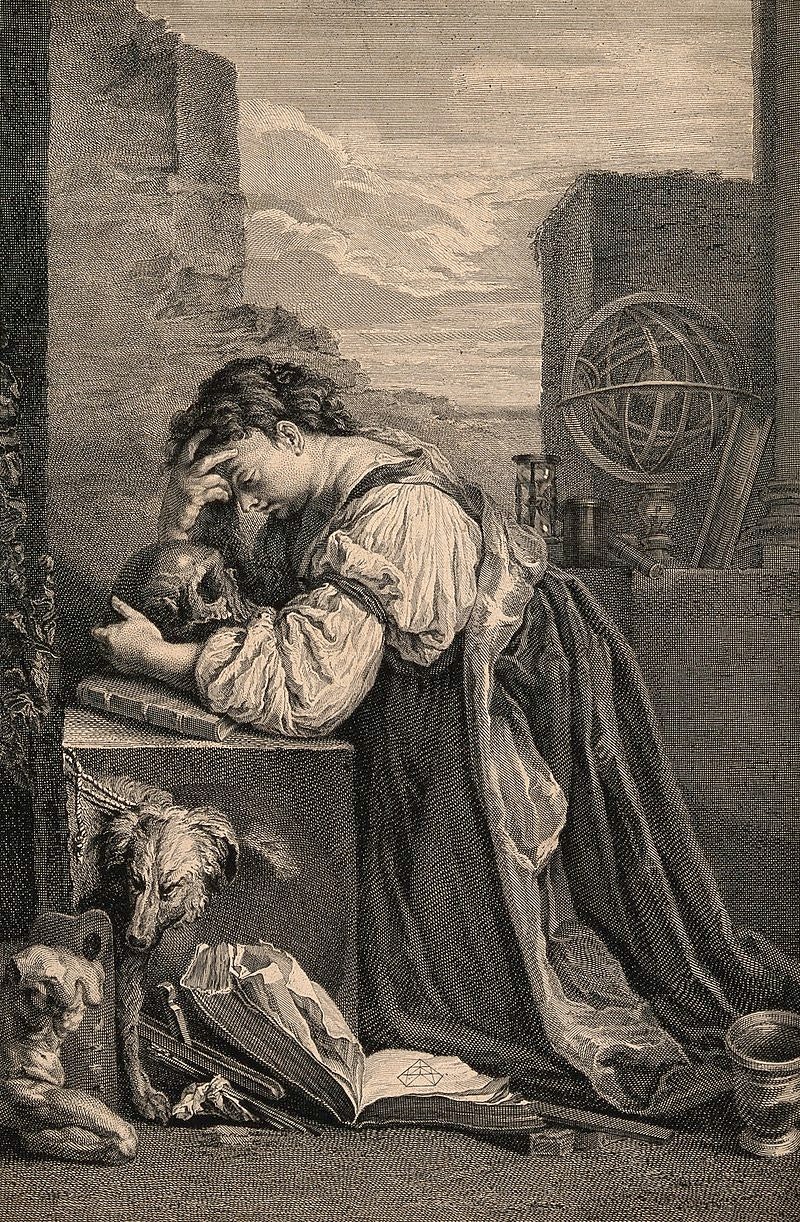 If you're suffering from emotional burnout these days, you're not alone. Burnout is a recognized reaction to hugely stressful environments, common in high-pressure careers like law and medicine and among perfectionists and high achievers; Psychology Today characterizes emotional burnout as "physical and emotional exhaustion, cynicism and detachment, [and] feelings of ineffectiveness and lack of accomplishment." To treat burnout, doctors these days would warn about the serious mental and physical impacts of prolonged stress, recommend meditation, exercise, and a reduction in pressure, and possibly prescribe antidepressants. They wouldn't, however, get you drunk, offer a prescription of boiled calf dung, or give you electro-shock therapy, unlike at other points in history. So at least there's that.

Burnout is a modern term for a very ancient problem; humans have probably been pushing themselves too hard, causing exhaustion, depression, and emotional damage, since the dawn of time. But there have been many different definitions of it throughout history, and a huge variety of ways of dealing with it. Many of them, as we'll see, were well-meaning — but not exactly successful, hygienic, or practical.

So while we're still learning a lot about the brain and body's responses to stress and how far-ranging they are, at least we now know that covering everything with olive oil is not likely to help very much.

Cure #1: Use Wine As Therapy

Ancient Romans had a distinct love of wine, and it turns out that they also saw it as emotionally helpful. According to historian of medicine Salvatore Lucia, ancient Roman physicians prescribed particular types of wine for kinds of emotional distress, from sadness to fatigue to flat-out misery. Most medical herbs of the time were served distilled in wine, possibly to try and dilute their active ingredients or make the whole experience of medication a bit more pleasant; but straight-up getting gently drunk was definitely seen as a way of curing your case of the Mondays. Guess some things haven't changed.

Cure #2: Cover Yourself In Olive Oil

This one comes from the ancient Greeks. If you were feeling a bit low, physically exhausted, miserable, and generally under the weather, they had the cure: cover yourself in olive oil. Everywhere. The physician Galen pointed out at the time that doctors were in disagreement about what olive oil actually did to help; some thought it helped the body's heat, others that it leached into muscles or acted as a replacement to the moisture lost during extreme activity. It's also a bit unclear whether just bathing in oil was meant to be the solution, or if you were meant to drink it as well.

Cure #3: Have Some Boiled Calf Dung Or Burnt Goat Hair

Good old Pliny the Elder. You can always rely on the Roman physician's Natural Histories for some truly disgusting recommendations for diseases of any kind — and he outdid himself when it came to his proposed cure for melancholy. One suggested cure was calf dung boiled in wine, but if you didn't have any to hand (shame on you), you could be given life and energy again by having goat hair burned under your nose. And if that didn't work, you could either put wild boar liver on your face, or place donkey skin pickled in vinegar around your nostrils. I suppose it would restore your desire to"get up and go," in that you'd want to get up and go very far away from the person trying to serve you calf-dung wine.

If you want to know what people took for basically any complaint in 15th century England, Nicholas Culpeper has your answer. He was a physician and botanist who produced huge compilations of herbal remedies for everything, and his ideas about dealing with exhaustive melancholic burnout were interesting, and likely deeply disgusting. In particular, he recommended a parasitic plant called the dodder vine (otherwise known as devil's guts or witch's hair) as a laxative medicine. Apparently, he said, "it purges melancholy, as also choler, it resists madness, and all diseases coming of melancholy, and therefore let melancholy people esteem it as a jewel”. Dodder vine isn't poisonous exactly, but it's not exactly encouraged as part of a healthy diet, either.

Cure #5: Be Swung Around A Pillar At High Speed

There was no precise term for "emotional burnout" for much of Western medical history, but melancholia came close. It was the term for a deep depression, exhaustion, and lack of motivation, and people came up with some very interesting ways of getting rid of it. Some suggestions, like Richard Burton's in his Anatomy Of Melancholy, were actually quite sensible: walks, relaxation, good diet, that sort of thing. But there were others who proposed a more radical cure — like being swung rapidly around in circles by a gigantic machine.

That was the brainchild of the 19th century physician Nathan Cox, who invented the "rotary machine" for people suffering from nervous complaints. It was basically a medical fairground ride: the patient was strapped into a chair that was then whizzed in circles around a pillar at great speeds. It was thought by Cox and other doctors who adopted the contraption that the centrifugal force of being spun would "force out" the exhaustion and misery of the afflicted patient. Mostly what it forced out, of course, was the contents of their breakfasts.

In the early 19th century, a new condition was apparently discovered: "neurasthenia," a condition of nervous collapse because of the demands of modern life. It was described as "a condition of nervous exhaustion, in which excessive stimulation atrophied the nerves to a point of extreme irritability and physical lassitude." It persisted in the official manual of nervous disorders until 1980, but in its heyday, it was the explanation for everything from post-traumatic stress disorder to insufficient semen in men.

The interesting thing about neurasthenia was that it was thought to be a physical problem with the body's nerves, not just a mental result of overwork. And that led to an interesting treatment regiment: Rest — hopefully somewhere entirely away from all the "stimulation" of an urban environment — and go in regularly for electroshock therapy. You were with me until that bit, weren't you? Yep, neurasthenics were expected to go through a heap of electrical experiments, to give life back to their shriveled, angry nerve endings. I can't imagine it made anything more relaxing.