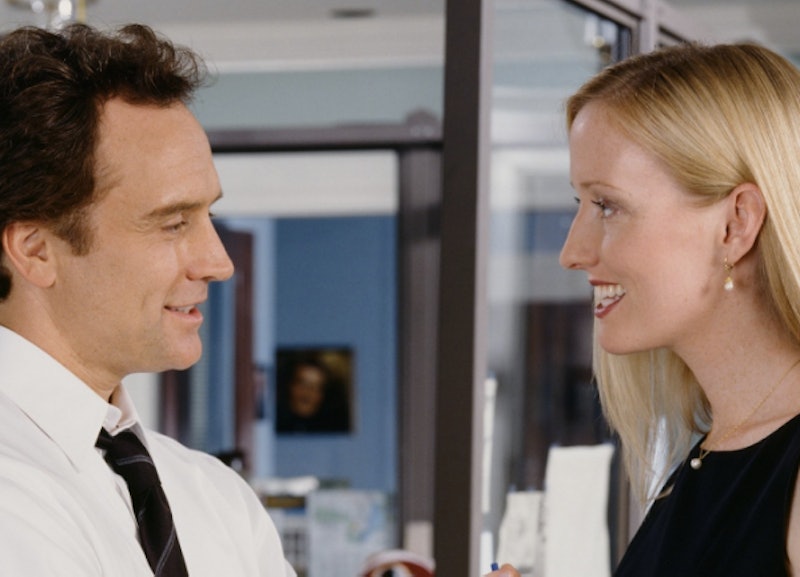 There are some couples that stay with you your entire life, couples that, dare I say, you consider #RelationshipGoals, and West Wing gave me one such couple. If you sit down and watch the amazing series from start to finish, there's one quote that stands above the rest that proves what I have always believed, which is that Donna Moss and Josh Lyman were the best couple ever. It might sound crazy to you, given that they didn't even get together until close to the end of the series, but these two really did form the most important relationship of the whole show. It was built on a working relationship, with Donna working as Senior Assistant to Josh's position of White House Deputy Chief of Staff. It was a role that she held for entirely too long because she was A: impossibly good at it, and B: Josh basically refused to part with her on account of, y'know, being in love with her.

Neither one of them knew or admitted for the longest time that they had any interest in each other, but it was incredibly obvious to the audience, because of the lingering looks and longing stares. Still, Josh and Donna themselves seemed blissfully ignorant of their own feelings until they were basically slapped in the face with them and couldn't deny it any longer. By the end there, it seems like every tertiary character was like, "Hey, you two are in love, right?"

But there was one exchange between Donna and Josh that proved above all other interactions that these two were the best couple in the series. It was in "17 People" (Season 2, Episode 18), and it was a surprisingly candid early look at their feelings for each other, even though nothing would come of those feelings for another four seasons or so.

The moment comes about when Donna is explaining how and why she came back to work for Josh after her breakup, saying she realized what she needed to do after she was in a car accident and her boyfriend stopped to have a beer on the way to the hospital. Josh is surprised, and says,

"I'm just sayin' if you were in an accident, I wouldn't stop for a beer."

Donna stands up and fires off,

"If you were in an accident, I wouldn't stop for red lights."

This moment is especially potent given how these two actually do show up for each other after tragedies, like when Donna nurses Josh back to health after the assassination attempt; when she is the first to notice his symptoms of Post-Traumatic Stress Disorder; or when Josh drops everything to rush to Donna's bedside in Germany after her convoy explodes in Gaza. In both of those instances, Josh and Donna are almost single-minded about reaching the other, and this is before they've even admitted their feelings. The fact that they were this committed to each other when they were still "just friends" (using quotes because honestly, when were they ever?) is a perfect indicator that they were meant to be, full seasons before they actually figured it out in any sort of real way.

These two were the perfect couple before they were even a couple, before Josh tells Donna he misses her after she leaves her job, before that first kiss on the Vinick campaign, before they sleep together at the hotel, before Donna's ultimatum that Josh figure himself out or else, and before they committed to each other for the long haul — and nothing proves it more than those two brief lines of dialogue. It was an insane amount of buildup, and it easily could've blown up or not paid off. Instead, it was perfectly handled, all the way back to the first moment. So satisfying, so perfect, so everything.