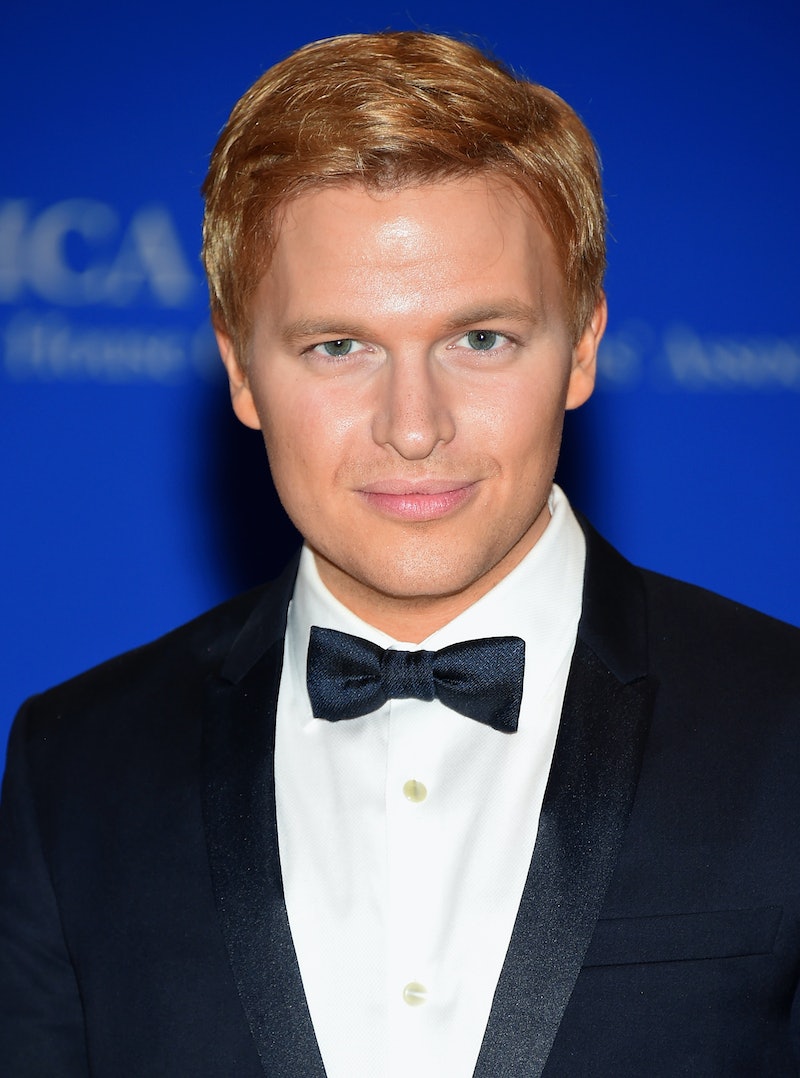 It's been more than two years since Dylan Farrow wrote about allegedly being sexually assaulted by her father, Woody Allen, in an op-ed in The New York Times, revealing very personal details about growing up with the director. At the time, her claims made headlines, but since then, her allegations seem to have faded into the background — until now. On Wednesday, her brother Ronan Farrow called out reporters for not asking Allen about the accusations against him in the form of a guest column for The Hollywood Reporter that brings his sister's story back into the spotlight. (In 2014, Allen responded to the allegations in a piece he wrote for the New York Times in which he stated: "Of course, I did not molest Dylan. I loved her and hope one day she will grasp how she has been cheated out of having a loving father and exploited by a mother more interested in her own festering anger than her daughter’s well-being.") And that spotlight is right where Dylan's accusations should be until more people, including the actors who still work with Allen, start taking her claims seriously. As Farrow points out, people, including actors, don't want to take claims like Dylan's personally, but taking the stories personally, being empathetic, and simply giving these kinds of accusations the time of day is what's going to bring about change when it comes to the way abuse allegations are covered in the media and in the way victims receive justice. In short: Good on you, Ronan Farrow. Update: Allen responded to Farrow's essay telling Vanity Fair, "I said everything I had to say about that whole issue in The New York Times. I have moved so far past it. I never think about it. I work. I said I was never going to comment on it again. I said everything I have to say about it."

Earlier: In his column, Farrow writes about his own memories of growing up with Allen and the behavior he allegedly witnessed when his dad was around Dylan. Farrow admits that when Dylan first began to share what allegedly happened to her publicly, Farrow wanted her to stop because of the negative attention it could bring their family. But Farrow explains that he later realized her claims weren't about public opinion or about the light it might shine on his burgeoning career; it was about giving Dylan the support she needs while also supporting other women who could be at risk of alleged abuse. And in being honest about his thought process, he brings up a very important point about the way we talk about sexual assault allegations when they involve powerful men: It's entirely possible to report to the verified facts and to support these women and take them seriously without making assumptions about the veracity of their accusations.

"Very often, women with allegations do not or cannot bring charges. Very often, those who do come forward pay dearly, facing off against a justice system and a culture designed to take them to pieces. A reporter's role isn't to carry water for those women. But it is our obligation to include the facts, and to take them seriously. Sometimes, we're the only ones who can play that role."

And as Farrow points out, slowly, the reporters are starting to realize the importance of not backing down from asking those difficult questions when reporting a story that involves allegations like Dylan's. After the accusations against Bill Cosby first started resurfacing in 2014, the approximately 60 women who have brought allegations against him are finally being taken seriously. Instead of sweeping what they've said under the rug because Cosby has been such an institution in TV and pop culture for so long, these women have appeared on magazine covers, able to tell share their claims in places where they will be heard. (Cosby and his lawyer have adamantly denied the claims against the actor.)

But unfortunately, it doesn't seem like Dylan has been able to receive that same support for her claims. Instead, so many well known actors continue to work with Allen, despite her highly publicized allegations. In fact, this week, Allen's latest film, Café Society, made its debut at the Cannes Film Festival, and the movie's lineup includes Kristen Stewart, Blake Lively, Jesse Eisenberg, and Steve Carell, among other stars. And as Farrow writes, it upsets Dylan that influential actors like these people are still starring in Allen's movies.

"'It's not personal,' [an actor] once told me," Farrow writes. "But it hurts my sister every time one of her heroes like Louis C.K., or a star her age, like Miley Cyrus, works with Woody Allen. Personal is exactly what it is — for my sister, and for women everywhere with allegations of sexual assault that have never been vindicated by a conviction."

The feeling of these allegations not being personal seems to be a pretty common theme. In an interview in the latest issue of Variety, Stewart admitted that she considered not working with Allen but ultimately decided that since she doesn't know Dylan, it would be "very wrong" to make the situation personal to her by refusing to work with Allen herself. She said,

"At the end of the day, Jesse [Eisenberg] and I talked about this. If we were persecuted for the amount of sh*t that’s been said about us that’s not true, our lives would be over. The experience of making the movie was so outside of that, it was fruitful for the two of us to go on with it."

It's incredible that the Variety reporter asked Stewart that question, but her answer proves just how far we still have to go. It's obviously Stewart's prerogative to make her own career choices, but the comparison she's making here really doesn't fly with me. There's a vast difference between rumors involving Stewart's dating life (see: past rumors that allegedly cheated on Robert Pattinson with her Snow White & The Huntsman director) or what she's like to work with on set (people have not been kind) and Allen's daughter coming forward to accuse him of sexual assault in an essay where she specifically calls for people's support. Until Allen and other men who have faced these kind of accusations are made to answer to the claims against them, victims will likely continue to feel like they should have just stayed silent. Like Farrow has pointed out, it has to be personal for any kind of change to come about.

And as Farrow says in his essay,

"That kind of silence isn't just wrong. It's dangerous. It sends a message to victims that it's not worth the anguish of coming forward. It sends a message about who we are as a society, what we'll overlook, who we'll ignore, who matters and who doesn't."

Things are changing, but there's still so much more that needs to be done. Hopefully, Farrow's column is just the start of a bigger conversation about what we can do to make alleged victims feel like they matter and that they can hold those who they claim have hurt them accountable — no matter how many legendary movies the recipient of those allegations has directed.