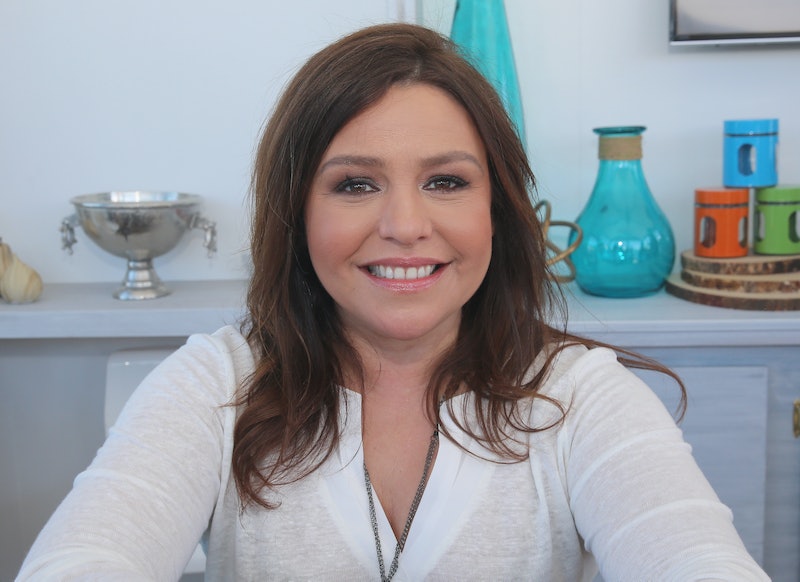 After "Becky with the good hair" candidate Rachel Roy Instagrammed a photo and caption that seemed to imply she was the woman Beyoncé was singing about on Lemonade, the Beyhive ruthlessly dragged her on every social platform available, even mistakenly going after Rachael Ray in the madness. Though Roy later denied that she was Becky (and took to Twitter to denounce all forms of bullying), Ray has largely kept silent on the mess — until now. Speaking to Us Weekly, Ray revealed that she sent Roy "a big bottle of wine and a straw" during the social media frenzy, a response to the bouquet of flowers that Roy had sent her.

"Rachel [Roy] sent me flowers and I sent her a bottle, a big bottle of wine and a straw," the chef and talk show host told the magazine. "[I was going to send Roy] Brunello di Montalcino, where I was married, but I said for our office to ask her office if she drinks red and if she didn't drink red, to send Grande Dame. So I don't know actually which one she got. I wrote the card and she got the straw and the booze." Which is obviously the most important part.

While Ray's gift to Roy may be inherently funny in its nature ("here's alcohol to help you deal!"), the exchange of gifts between the two Rach(a)els is actually an empowering display of support. Women supporting women is always powerful in itself, but it's even more so when the two women "unite" to help each other get through, frankly, some rather sexist backlash. Think about it: If Roy was, in fact, the "Becky" was Beyoncé was singing about, why not go after Jay Z with the vitriol instead? Why is the hatred reserved solely for "the other woman?"

In any case, Roy and Ray's exchange of gifts is an important display of solidarity between women, particularly between women who were being ruthlessly — and ultimately, unfairly — attacked online. It's a show of support from both sides, gifts that say "I'm here for you," "I've got your back," and "Let's drink a big-ass bottle of booze until this whole thing becomes funny again." At the end of the day, Beyoncé's Lemonade is all about female empowerment, and I love how even the offshoots of its aftermath are being turned into opportune moments for just that. YAS.

Bustle has reached out to reps for Beyoncé and Jay Z regarding the cheating allegations, but has not yet heard back.