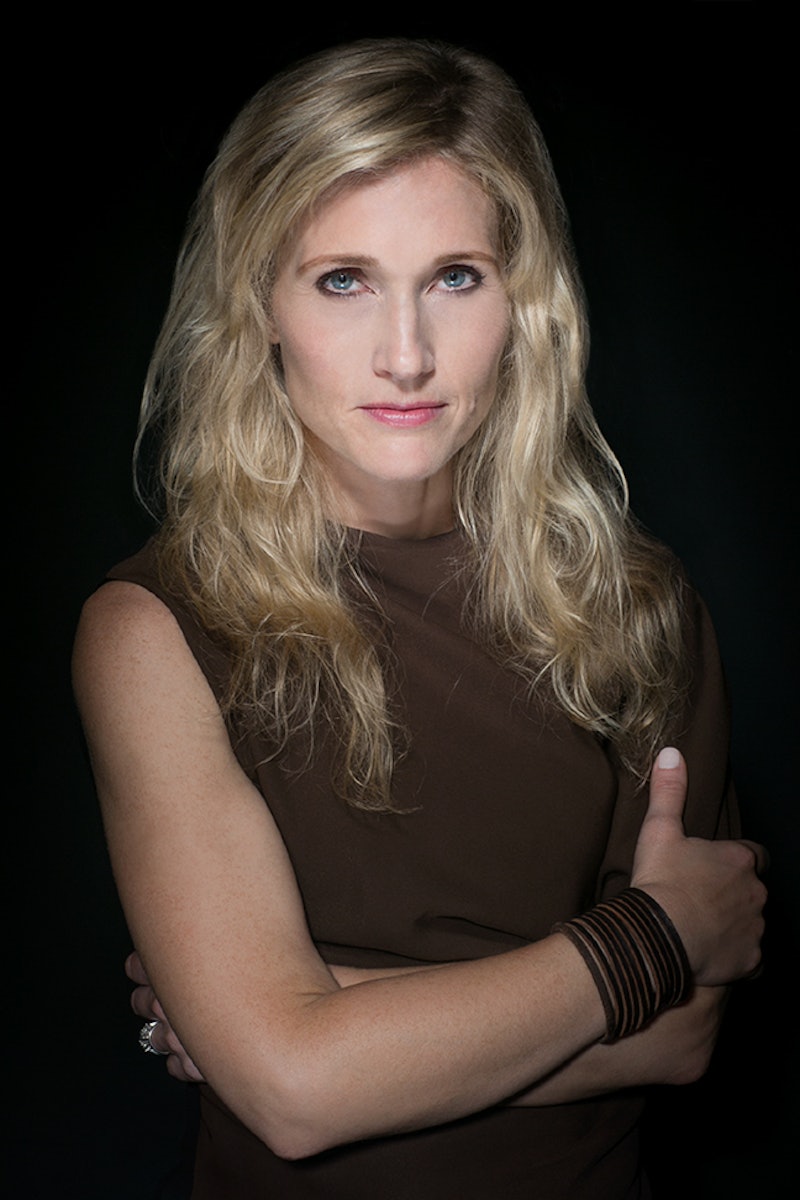 Author Kimberly McCreight is a prime example of a modern-day literary success story. Though she began her career as a lawyer, McCreight is now the author of three wildly successful books: suspense novels Where They Found Her and Reconstructing Amelia , and the newly released YA novel, The Outliers . To make the package even more complete, McCreight's works are on their way to Hollywood. Lionsgate and Reese Witherspon have recently acquired the film rights to The Outliers, and there is a movie in the works for Reconstructing Amelia, produced by and starring Nicole Kidman.

When it comes to the film adaptations of her books, McCreight is simply glowing with excitement. "I think I might pass out when I see Nicole Kidman open her mouth and speak as Kate from Reconstructing Amelia," she tells Bustle. "She is such an insanely gifted actress to have her play one of my characters would be a total dream come true. Actually, that feels like such an understatement. What’s more than a dream come true? A hallucination made real?"

She says the transition to film itself will bring its own set of hallucination-esque feelings. "I actually see the books play out like movies in my head as I’m writing so getting to see that story in front of me with others watching would be some kind of insane cosmic closure," she says. "Again, likely requiring the administration of CPR."

McCreight — a fast rising star in the world of literature — says her background in law certainly hasn't gone to waste despite her newfound fame as an author. "As a litigator, you must anticipate the responses and counterarguments of your adversary as you structure your own arguments," she says. "I do much the same when assembling the various threads of my mysteries, trying to predict how readers will respond, where they will think the story is going, how to use that to my advantage and plant effective red herrings. Structuring a mystery is much like assembling a persuasive legal argument."

With such a unique outlook on mysteries and investigations (both real world and literary), McCreight also has a special take on what creates suspense: "I think the greatest mystery in life is never what happened, but why. I am endlessly fascinated by the things people do and how they can rationalize it to themselves. Because they do somehow, that’s the crazy thing. I don’t think anyone walks around thinking they are evil, or even bad. I believe people manage to develop a narrative that justifies their actions—even the patently terrible ones."

Her new book, The Outliers, is the first YA-novel she's published, and it is the first book in a trilogy. When teenager Wylie's best friend, Cassie, goes missing, Wylie sets out in search for her, spurned forward by a stream of cryptic texts. As the road to save Cassie becomes increasingly dangerous, Wylie discovers that her emotional intuition actually has great power.

McCreight says that Wylie was inspired by her oldest daughter. "It was noticing how emotionally attuned my daughter was and how that was both a benefit and a burden that first inspired The Outliers," she says. "Especially, when I started thinking about how these were qualities she and I shared and so did most of my closest female friends. Then I started thinking about all the people who don’t operate at this heightened emotional frequency and how life seems so much more straightforward for them. But as much as I think it can be hard to be exceptionally sensitive, I do believe there are extraordinary benefits—ones whose potential we have yet to fully recognize."

In the book, McCreight taps into a connection between Wylie's anxiety and her powers of intuition. "It was my own personal experience that led me first to consider a connection," says McCreight. "I have long struggled with anxiety. It ebbs and flows depending on life events, but I absolutely think my anxiety is exacerbated by my tendency to empathize so acutely. It’s as if I have my own feelings to contend with, and everyone else’s too.

With this compelling idea at play, McCreight says she wants her readers to walk away with the message "that what they believe to be their greatest weakness, could one day prove to be their most important strength."

The Outliers, published by HarperCollins, is available everywhere books are sold.

More like this
Allie Rowbottom Will Have Her Feminism With A Side of Botox
By Samantha Leach
The 'Lady Chatterley's Lover' Book Leaves Us With A Troubling Question
By Catharina Cheung
The 'Firefly Lane' Book Ending Teases Way More Tears To Come In 2023
By K.W. Colyard
'Bridgerton' S3 Teases Exciting Social Season For Penelope Featherington
By Bustle
Get Even More From Bustle — Sign Up For The Newsletter