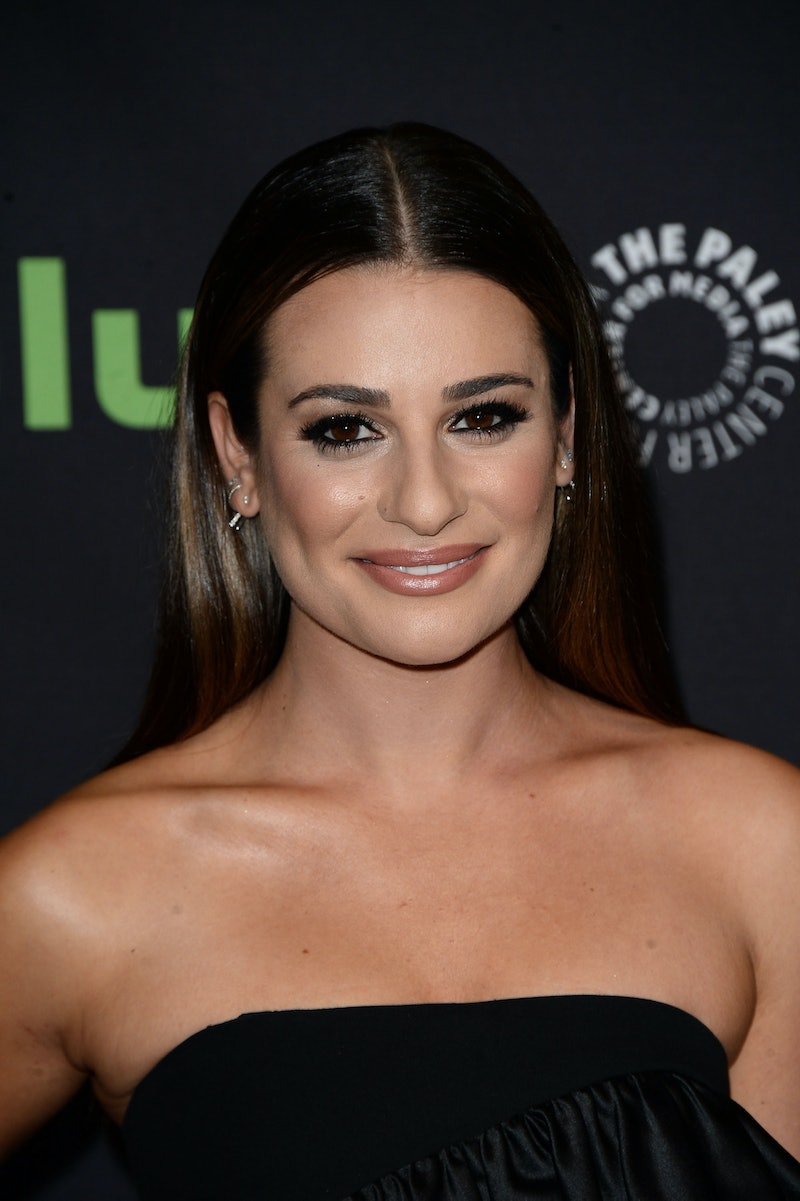 Well, there just might be a new celebrity couple for you to root for: Lea Michele and Robert Buckley are reportedly dating. Per a source who spoke with Us Weekly, "It's new," so they don't seem to be getting super serious just yet. Apparently, the Scream Queens star and iZombie actor were spotted during a "cozy" dinner date in Santa Monica, Calif. on Monday. "They were sitting at the bar all cuddly," a source told Us. "He pushed her chair in for her and everything." They were also said to be extremely touchy-feely. Whether or not they are, in fact, dating remains to be seen, but until then, let's try to figure out how Lea Michele and Robert Buckley met, because I know you're dying to know just as much as I am.

It seems likely that the TV stars met through friends, especially since Us Weekly reported the two "have several mutual friends." It's definitely not unusual for a couple to meet through friends or be set up on a date. That's how it goes for many people. Plus, it sure seems that everyone in Hollywood knows one another, so Michele and Buckley were bound to run into each other at some point in time and start dating, right?

So, if they did meet through friends, then who would those mutual friends be?

Well, I'm sure they both know a lot of other fellow famous faces, but a non-celeb might be the cause of their coupling. If you scroll through their Instagrams, both have photos with Candice Tab, who is a publicist. In March, Buckley posted a photo of Tab from her wedding, which he attended. In early May, Michele shared an IG with Tab of the two bowling.

Hmm... anyone else suspecting that maybe, just maybe Tab is responsible for introducing these two?

Based on Buckley's above IG caption, it sure seems like he believes Tab and her husband know the ins and outs of love. Hey, who better to introduce you to someone?

If they didn't meet through her, then really Michele and Buckley could've met through anyone, like Joanna Garcia, who is not only good friends with Michele, but also co-starred with Buckely on the short-lived Privileged. It's unclear whether or not Buckley and Garcia keep in touch. But if they do, she could've been the one to set up her two friends.

Or, you know, maybe the former Glee star is just a huge fan of One Tree Hill and just had to meet Buckley. And the same could also be said of Buckley, who I'm sure also is also a fan of Glee and Michele's pipes.

Yeah, I'd totally understand that.