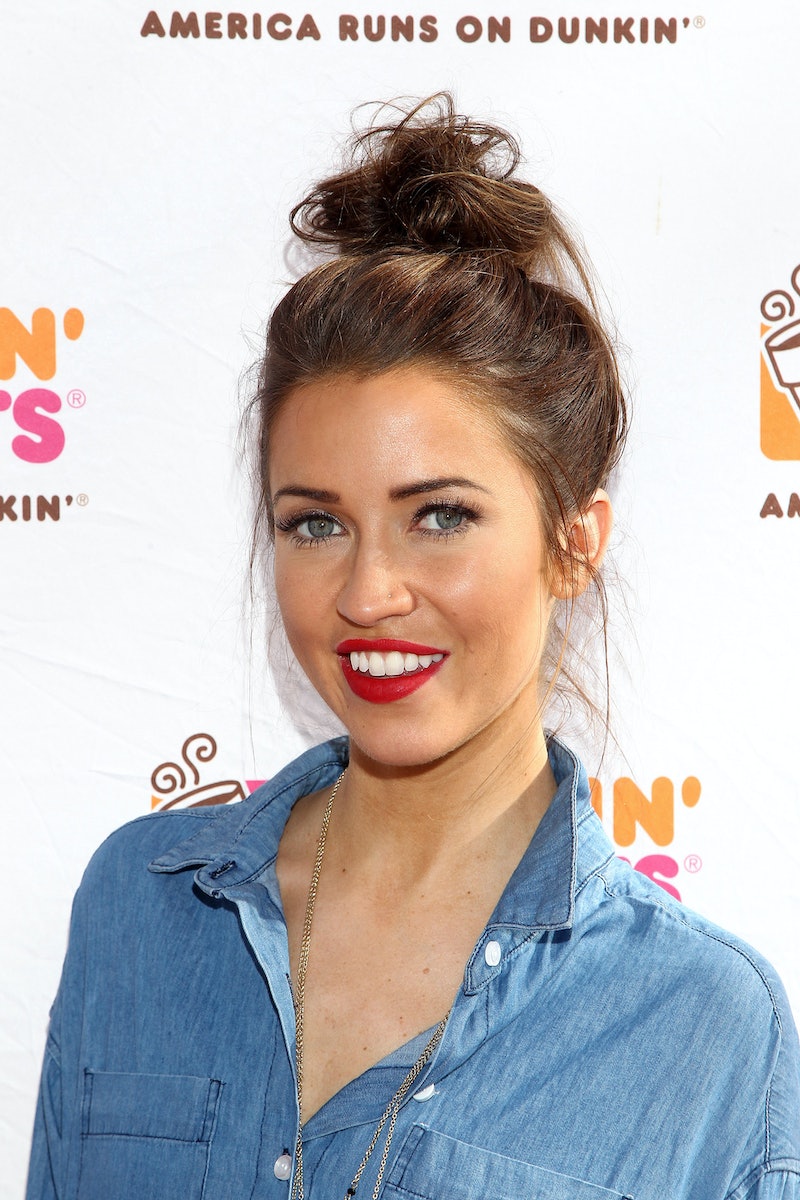 Confession time: I am a relatively new Bachelor fan. I used to be one of those terrible people who trashed the show without ever having seen it, but now that I've finally seen the error of my ways, there's no going back now. A couple of summers ago, I found myself totally glued to the TV watching Andi Dorfman's search for love. After that, I tuned in to see Chris Soules do the same thing that following January, and it didn't take long before I was hooked for life. If you're pretty new to the show, you might be trying to catch up on seasons past before diving into JoJo Fletcher's season, and in case you're looking for suggestions, I have 'em. There are a bunch of Bachelor and Bachelor ette seasons you should watch if you just got into the show, and it's totally worth the marathon.

Why? Because unfortunately, The Bachelor isn't one of those shows you can just jump in on anytime, especially if you want to appreciate the bigger picture of Bachelor Nation. There are years and years of history here, and if you're into the show, they're definitely worth watching. And if you can't find them online, you should at least know these important backstories.

Here are all the seasons you need to know about in order to fully get The Bachelor — in no particular order. It won't take long before you're addicted too!

This season is necessary to understand all of the Juan Pablo folklore... plus, the entertainment value is high, and you get to see a lot of women standing up for themselves against this mega creep of a dude. In case you were wondering: Yes, he is as bad as you're expecting him to be. You can watch his full season on Amazon.

It might be because I have a major crush on Perfect Ben, but his season is definitely one of my favorites. And that ending? It still makes me mad when I remember he told both JoJo and Lauren "I love you," but that's the sign of a good season. And as evidenced in the clip above, there are a lot of other reasons to love these episodes, and if you don't have time to do that, clips of all the important moments can be found here.

You should watch the first season of The Bachelorette for two reasons: It's the very first season, and it's crazy to think that after more than a decade Trista and Ryan are still together. The full season is hard to track down, but there are a few clips on YouTube.

And the first season of The Bachelor, too. For historical purposes. It's hard to dig up full episodes, but the clips in this video cover just about everything you need to see.

I know feelings are mixed on Kaitlyn, but she's 100 percent my favorite Bachelorette ever. From the beginning drama of having two Bachelorettes to all the stuff with Nick Viall and everything in between, this season was so much fun to watch and always kept me guessing. If you haven't seen it, watch this one ASAP! Fortunately, the whole thing is still available on Amazon if you're willing to pay up.

And if you watch this season, you have to find his edition of After The Final Rose online and watch it, too. It's officially one of the most cringeworthy pieces of television... but almost kind of sweet when you think about the fact that he and Molly are still married to this day. Almost. If you want to see it for yourself, there are tons of clips on YouTube.

There's a lot of drama in this season, but the real reason I love it is totally different. Since Sean and Catherine are still together and about to welcome their first baby — a serious rarity in the Bachelor community — it's sweet to watch their love story from the beginning, which you can do on Amazon.

Emily is everything you could possibly want in a Bachelorette: Smart, sassy, and not afraid to defend herself against the various douchebags she encounters all season long? What's better than when Emily goes "West Virginia hoodrat" on Kalon McMahon? Nothing. Witness it all here!

I fell in love with Ali after she left Jake Pavelka's season to keep her job, so of course her Bachelorette season is one to watch, too. She's one of those leads who is impossible not to root for, and when she flipped out on Justin Rego for coming on the show while he still had a girlfriend back at home is just even more proof of how awesome she is. The whole season can be found on Amazon in all its glory.

Chris is a sweetie, but he's not the reason you need to watch his season — the women are. From the eighth wonder of the world that is Ashley S. to Kelsea and her amazing story to the drama with Britt and everything in between, there's seriously never a dull moment. Watch his season here.

I love a good happy ending. and Ashley and her final pick, JP Rosenbaum, are still together, so watching this season will leave you with the kind of warm and fuzzies that Bach shows can't always provide. You can watch this one on Amazon here.

By the time you've finished watching these seasons, you will be a Bachelor expert. And trust me, watching the show (and reading the commentary) is way more fun when you know all of the history behind it!