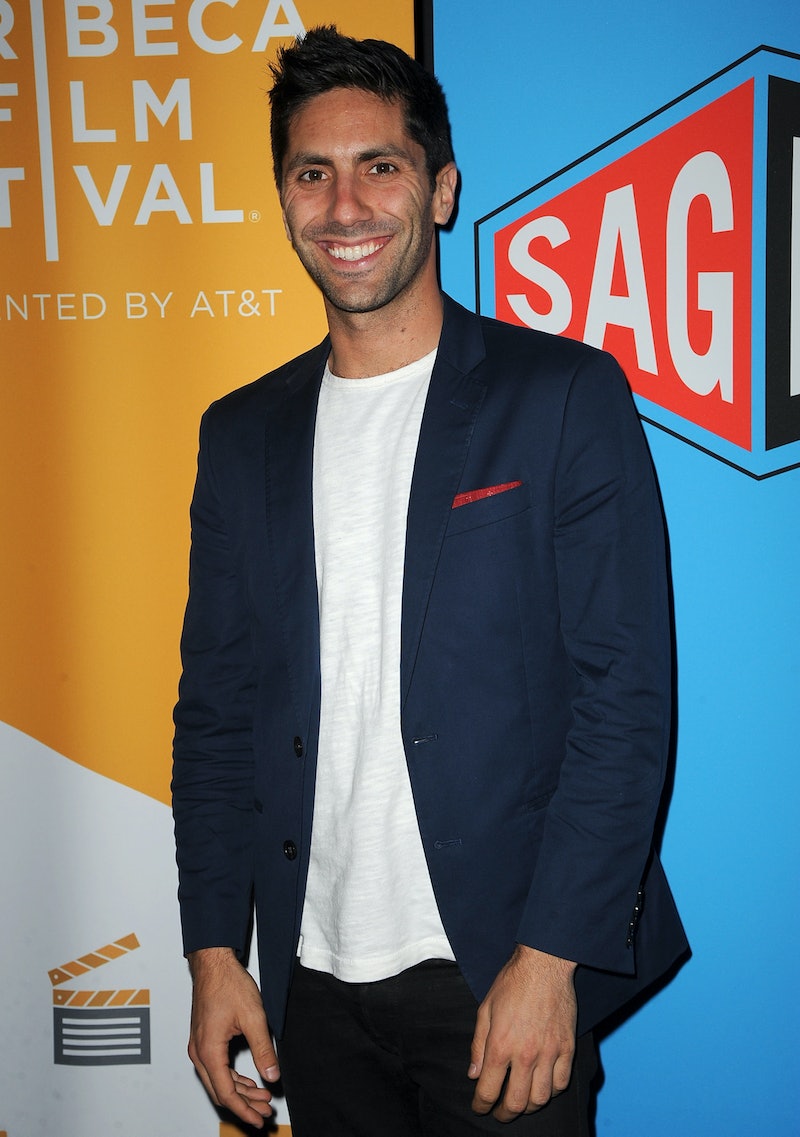 One of the faces behind MTV's extremely popular Catfish series has some really exciting news. Nev Schulman is going to be a dad, he announced via Instagram Wednesday. Alongside a photo of himself with his girlfriend Laura Perlongo getting a sonogram of their impending addition, he announced he will soon be a father to a baby girl. "IT'S A GIRL!" he wrote on Instagram. "No words can capture the excitement and joy I feel about becoming a father. I am so in love with you @el_peego and thank you for giving me this incredible gift. You inspire and excite me every day."

Like Schulman, Perlongo also shared the news on Instagram. "I ate a big sandwich and it has a heartbeat!" she wrote on IG. "Completely head over heels in love and excited to announce @nevschulman and I are bringing a new bb person into the world." At the end of her announcement, she added, "SO EXCITED FOR THIS BABYYYY!!!" So, yeah, I think it's safe to say these two are seriously thrilled about becoming parents.

But it wasn't all sunshine and rainbows when Perlongo found out about her pregnancy. In a post on the website attn:, she opens up about finding out she was pregnant, all of the emotions she felt about it, and her discussion with Schulman about how they should move forward.

It's definitely worth a read, especially since she reflects about the pressures many young women feel today when it comes to being a mom and choosing not to have children. It's clear that she thought the pregnancy out, and Schulman stood by her side about deciding whether or not they wanted to become parents at this point in their lives. She writes,

My boyfriend and I asked and re-asked ourselves all the cliché but important questions you ask when deciding whether you want to bring a new person into the world. Can we nurture them physically, emotionally and financially? Do we want to? Are we happy and excited about it? Yes! Yes! Yes! Yes! Yesyesyesyesyssss. (you know, with all the googling involved in figuring out what those yes’ mean — I do understand this will be hard, for the record)

Despite the negative feedback Perlongo received from her friends, which led to her freaking out and second guessing it all, she came to a decision that she felt was right for herself and that made her happy.

Perlongo is really excited about becoming a mom and wants other women to know that it's OK to ask questions about motherhood, including whether it's something they truly want. Just because you take time to think about it, it doesn't make you a bad person. She says,

I'm writing this because I believe baby-making times are strange for the growing population of girls like me (and most modern couples for that matter) and we shouldn’t feel dumb talking about the stuff that makes us wonder if we should stop procreating altogether.

With that, and after a lot of talk and discussion, Perlongo and Schulman are ready to become parents. She ends her post as follows:

To make a long letter short, Nev and I certainly have no idea what we’re doing, we just know we’re doing something we want to be doing. Hopefully we don’t suck at it or turn into know-it-all zombies. Mainly we’re just really happy and excited.

Congrats to both Nev and Laura on their next adventure together!