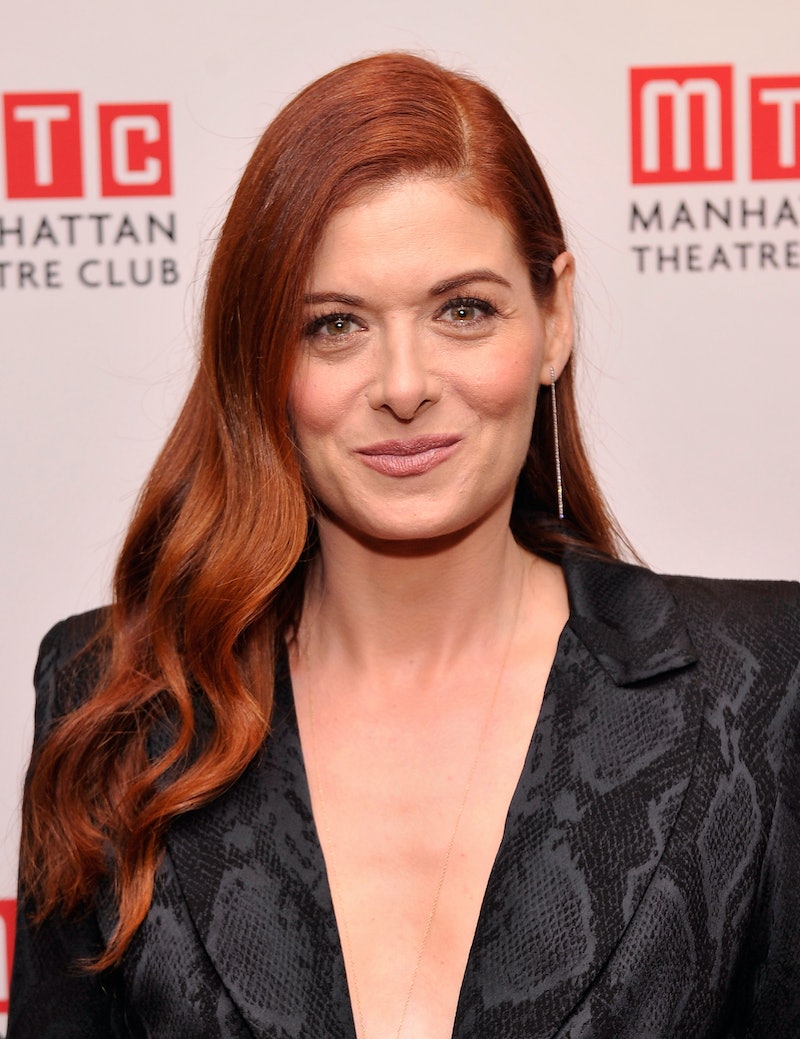 Call it the season of TV comebacks. After former stars of Friday Night Lights, Freaks and Geeks, The O.C. and more all announced upcoming projects, yet another alum from a beloved TV show is prepping for a return to the small screen this fall. On Wednesday, it was revealed that Will & Grace's Debra Messing has signed on to star in The Mysteries of Laura , an procedural drama premiering on NBC. Laura, an hour-long series, is based on a popular Spanish show, Los Misterios De Laura. Messing will play Laura Diamond, a homicide detective who routinely handles murderous criminals, but has more trouble dealing with her hell-raising twin children.

The show marks Messing's first TV project since Smash's cancellation last year. In the time since the cult show's end, the actress has been busy starring in Outside Mullingar, a Broadway show that premiered to huge acclaim in January. Despite the good reviews, though, fans of Messing's stints on Will & Grace, Smash, and The Starter Wife know that her true calling is TV — and so the news about Laura is big reason to celebrate.

A procedural drama, though? For those of us who know and love Messing best as loud, kooky Grace Adler, it's difficult to imagine the actress taking on such a serious-sounding role. Still, there's no question she's capable; Messing's starring role in the often-dramatic miniseries The Starter Wife earned her several Emmy and Golden Globe nominations, and the reviews for the poignant Outside Mullingar have praised her "amazing" turn as a lovelorn woman desperate for happiness. Messing' casting in Laura may be a surprise, but it's certainly not an unwelcome one.

Judging from the concept, Laura seems like it'll be worth watching; the element of Messing's character's twins' drama will likely give the procedural element of the show some levity. In a multifaceted role, Messing could get to be the actress we know and love — funny, relatable and self-deprecating. After the "drama" that was called Smash, though, we have reason to be nervous; NBC has a history of taking high-quality stars and putting them in laughable roles. Hopefully, no hate-watching will be necessary with The Mysteries of Laura, because with Messing on board a series with this much potential, Laura might just be a show to love.