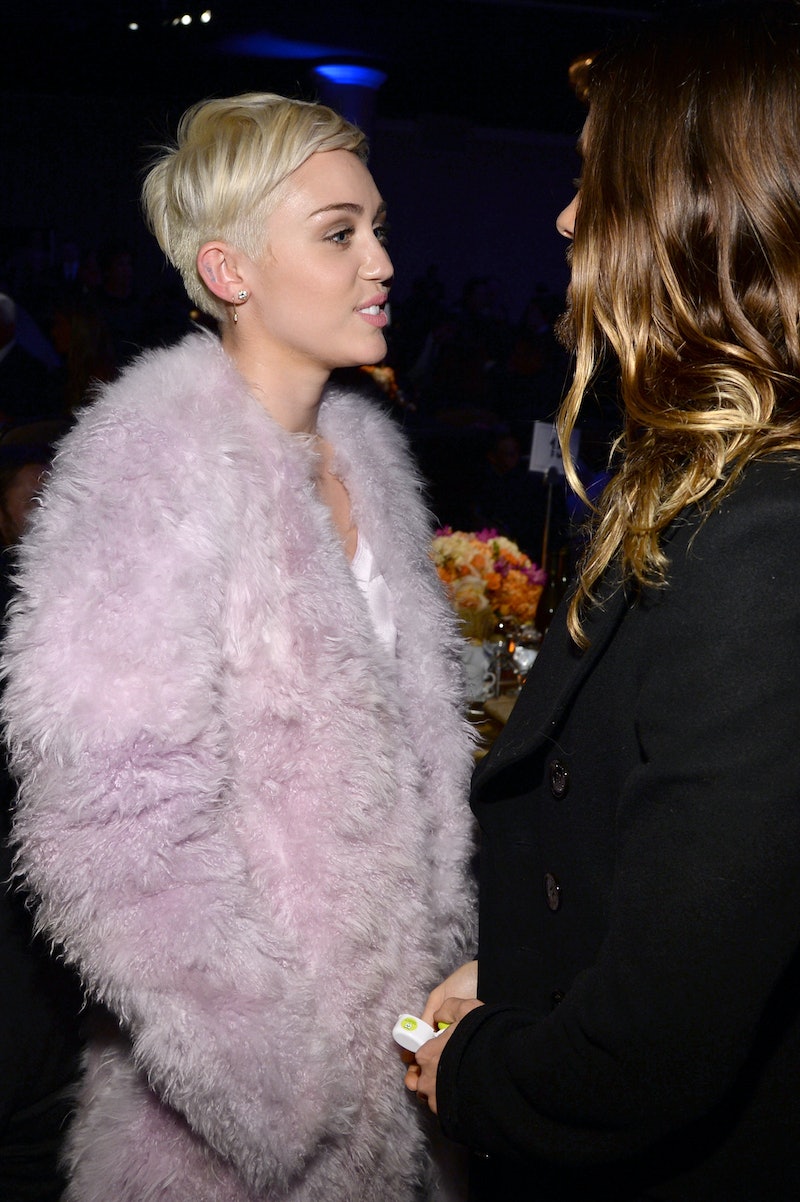 If there's one thing to be said for Miley Cyrus, it's that she never ceases to surprise us. She has chosen to continue down the dark-haired, blue-eyed route she began on with Liam Hemsworth, but this time with a certain older Hollywood star. Word on the street is that Miley Cyrus has been hooking up with Jared Leto and that they "love to talk about art and music," probably, we must assume, in the nude.

Oscar Wilde once said that life imitates art far more than art imitates life, so how can we align Jared Leto's body of work with Miley Cyrus's, and how might they have affected each other, had time travel been possible, and therefore allowed this relationship to have bloomed earlier? So glad you asked. If their work became one large and difficult to make sense of jumble of titles, fame, and catchy beats, it'd look like this:

1) Requiem for a Wrecking Ball: Drug addiction, it comes in like a wrecking ball. It wre-eh-ecks you.

3) Girl, Who Can't Stop: C'mon Winona Ryder, come away with me, lets get married, WE RUN THINGS THEY DON'T RUN WE.

4) My So-Called Best of Both Worlds: A teen story about hanging with friends, true love and chillin' out, then going to rock the show. It's about how being a teen is the best of both worlds.