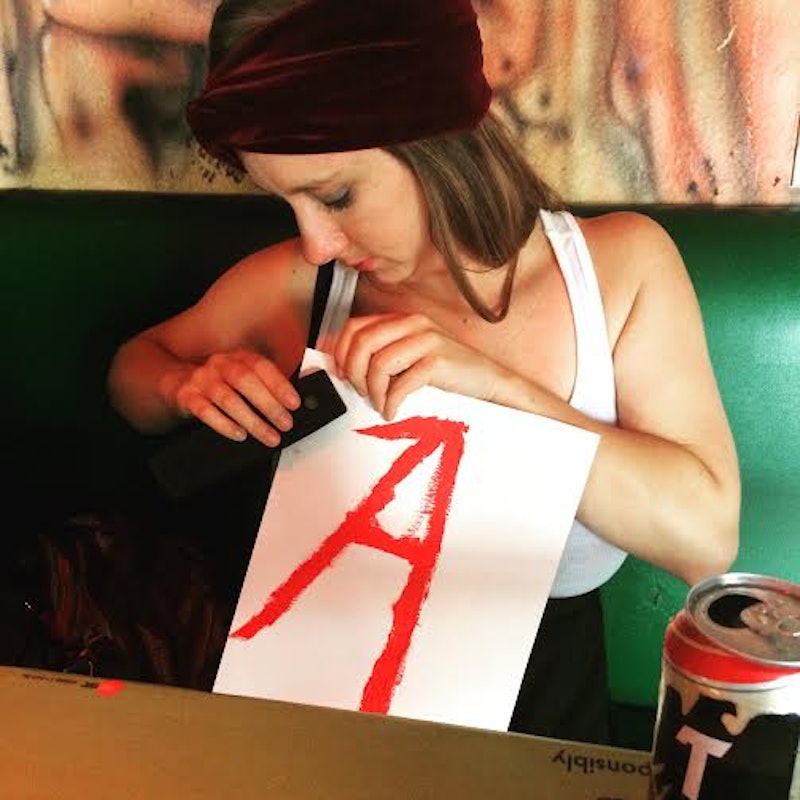 “How'd the new guy do?” my former boss asked me after I'd trained a fellow employee. I replied enthusiastically that he asked great questions and would make a good addition to the team. “WOW!" he said. "Sounds like someone has a crush on him...back off, he has a girlfriend!”

I should have responded to this by saying nothing — raising my eyebrows and looking at this man in disbelief until he got uncomfortable. Instead, I got nervous. I laughed awkwardly, said "No, no, why would you think that!"

In other words, I fed into his narrative of me as a single woman violently on the prowl for a boyfriend, hitting on every man to cross her path.

This was not the first time I had a variant on this conversation. In fact, it was not the first time I had a conversation like this with this specific person. This man, in a position of power over me, always seemed to notice when I said more than three words to a male, and often felt the need to comment on it. He'd accuse me of flirting with the chefs, make fun of me for using Tinder — all alongside frequent discussions of his long-term relationship.

But alas, there is one story that many men want to hear about single women, and it is the story where she is desperately searching for a boyfriend.

The message I got was that I am a threat to all people in relationships everywhere, and my boss was protecting his endangered tribe. As if all single women are out there plotting the grand blow up of the boiler room that constitutes relationships. I am not. I am probably sitting in bed in my underwear, drinking coffee and reading about social injustice. Perhaps I am making a sandwich.

I am not sexually interested in most men. My type is narrow. I get the insatiable desire to leave the conversation with many guys after approximately seventeen minutes. But alas, there is one story that many men want to hear about single women, and it is the story where she is desperately searching for a boyfriend. Even as my life is lived in opposition to this story, it is told back to me by coworkers, acquaintances, strangers, in order to enforce its power. This is the dominant narrative because it keeps men in the centerfold of the story even when they are not involved in the situation.

“At work, I have become pretty hardened about the way I express myself in order to not come off as flirtatious, to not be misread which can often mean I am not myself," Ashley Hull told Bustle about her experiences as a single woman in the workplace. "But I don't want anyone reading into my infectious and giddy laughter. As an assistant, I've had people tell me it will be good training for one day dealing with a husband. My position isn't me getting ready to make doctors appointment for a man or future children.” Her statement unveils a cultural contradiction: we're encouraged by popular social mantras to 'be ourselves' and yet we feel consistent pressure to change our behavior in order to avoid the judgments and comments that coworkers or acquaintances level against single women.

The media has stereotypes of the single woman, too: there's the artist that Jon Hamm has an affair with on Mad Men, the perennially "promiscuous" waitresses of sitcoms old and new. These are all roles that I could, theoretically, fit into: I am an artist, I have waited tables. But I am not those stereotypes, because I am a real person. If a man came to my room to have an affair, it would not be laden with scarves and half-dried paintings and incense. It would be like it always is, cluttered, almost too warm and scattered with empty beer bottles, miscellaneous papers. If a dude tried to have a covert conversation with me, I would inevitably talk too loudly, laugh inappropriately, or raise my eyebrows to the ceiling in an unmaskable look of incredulity. By which point he would realize, this is not a proper target. This is not the secretive adulteress of my dreams. This is a real human, who would inevitably blow my cover.

I'm a messy eater. There is cream cheese on my lip as I type this. My hair is dirty literally any day I am not being paid to keep it clean. I talk too much, using esoteric words and referencing very unhip culture. This is all to say that my persona does not cater to seducing men, especially ones who are already in relationships.

What is worse? To be a sexual pariah, gross and undesirable, or to be a sneaky wench, attractive and alluring but ultimately morally suspect? All of these place women in the category of sex object, or anti-sex object — but either way, they're related to men, as if that is the only way for a woman to have an interesting and worthwhile part of a story. When are women not spoken through men's definitions? When are we described with our own stories instead of the plots that develop in a man's imagination?

There are many books and articles being published today where women try to break this mold: All the Single Ladies by Rebecca Traister, Spinster by Kate Bolick. These books show the vibrant lives of single women and all the ways they spiral out from the scripted narrative. I have clung to them like a lifeline as I've become an adult in a world that wants to convince me that my primary goal is to find a serious boyfriend. But I'm continually frustrated by the fact that despite the existence of these vital narratives, they are not required reading for men. They so easily ignore these stories and revert back to the one that keeps the male as the protagonist.

When dating, I'm growing more and more comfortable saying the simple phrase: “I have to go home now.” I generally do not mean it as an insult or a dismissal, just a simple fact: it is time for me to leave. And the moment that I am alone again, whether it be stepping onto the train or into my dirty vestibule, I exhale. The fog that was slowly descending on my brain lifts, and I am happy.

When I describe this feeling, people generally tell me about how there are men out there who respect women who need space. I know they're right, and it'll be cool if I ever meet one, but that isn't the point. I am so happy when I return to my apartment – my messy apartment, my blankets and my books and my scrawls on receipts and my litany of water glasses. This happiness is the true story, the one that remains when you remove the filters that people lay over my single life. Not the story that makes men feel necessary, not the one that paints me in desperation, waiting for happiness to arrive.