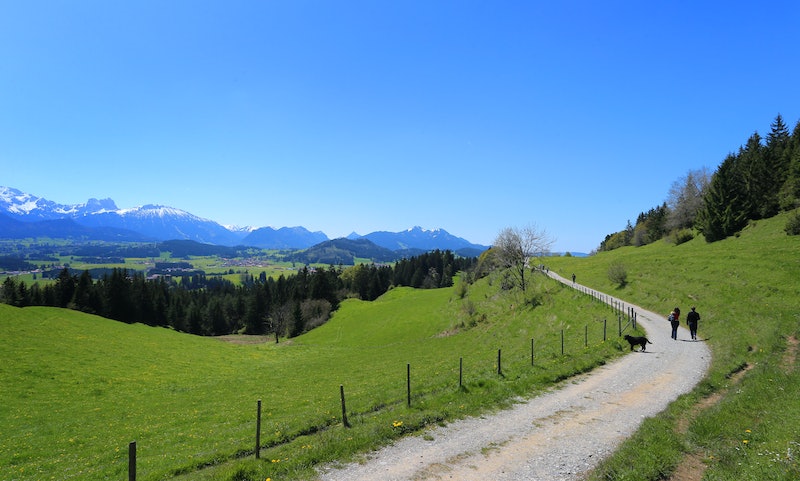 From the lush Biergarten in nearly every town to highways (mostly) without speed limits, there is a lot about Germany that Americans have to envy. But something happened last weekend that pretty much takes the cake. It proves that the Germans are on top of their game when it comes to creating a clean, green, modern economy. On May 8, a sunny and windy day, the central European country produced a record amount of its energy needs from 100-percent renewable sources.

An astonishing 87 percent of the total power consumed that day (55 gigawatts) came from the sun, the wind, latent geothermal heat, and recycled biomass. The country used a total of 63 GW of power that day, for comparison.

This revolution in sustainable energy is being powered by neighborhoods like Vauban, in the sunny idyll of the southwestern German city of Freiburg. Vauban and its sister district of Rieselfeld have been completely designed and constructed to use as little energy as possible. This is made possible through intricately engineered and attractive row homes that are carbon neutral or carbon negative.

It's called Passivhaus design, because the house can just sit and gather its energy needs without requiring any additional input. Some developments are actually producing more power than they are consuming — four times more. These homes aren't reserved just for well-off families, either; subsidized dwellings are made available as social housing stock, too.

This may seem like something out of science fiction to some. It could seem like an unjustifiable luxury to others. But the way I see it, German engineering has produced yet another brilliantly realized work of art. Much like a sleek Porsche or a powerful BMW roadster, Passivhaus design elevates the house — an ordinary, everyday object — through thoughtful, exacting design.

Yet unlike luxury German automobiles, these houses could be within reach of millions of everyday Americans, if only we'd truly make going green from the ground up a priority. Homes in the aptly-named Sonnenschiff (Sun Ship) district have precisely positioned solar panels that cover every square inch of the roof. In aggregate, these shimmering structures are metaphorically, if not literally, worth their weight in gold. On particularly sunny or windy days, public utilities give out energy credits for each kilowatt of power consumed. That means German consumers can be paid by their power companies to use energy.

Unthinkable to many in the United States, for sure. But take it from someone who was lucky enough to spend a few years living and working in the Freiburg area: It is most definitely possible. Forward-thinking governments of any size can start mandating Passivhaus standards in all new public construction under responsible bidder clauses. The federal government could reinstate President Carter's feed-in tariff plan to offset the initial cost of residential solar panel purchases. (Feed-in tariffs work in Germany, after all.)

Closing down corporate tax loopholes and enforcing our existing tax laws could result in a windfall trust used to power grant programs to state universities to research renewables. These are not only the kinds of things that the U.S. must do in order to comply with the Paris Climate Accord, but they're also essential for the long-term survival of human civilization as we know it.

We have the all the essential building blocks to remake our society into a cleaner, healthier, greener place for everyone. One important thing is missing, however, and that is the belief that we have the power to make our world as we truly like it. With that being said, it might be worth looking into how communities in the United States can realize this kind of dream sooner, rather than later.

More like this
The Families Of Grenfell Tower Are Still Waiting For Justice, Five Years On
By Bustle UK
How To Fight For Reproductive Rights, Based On How Much Time You Have
By Courtney Young
17 Powerful Photos From March For Our Lives Protests Across The U.S.
By Michelle Toglia
The 15 Best Dresses For Hot Weather
By Andrea Gale Boerem
Get Even More From Bustle — Sign Up For The Newsletter