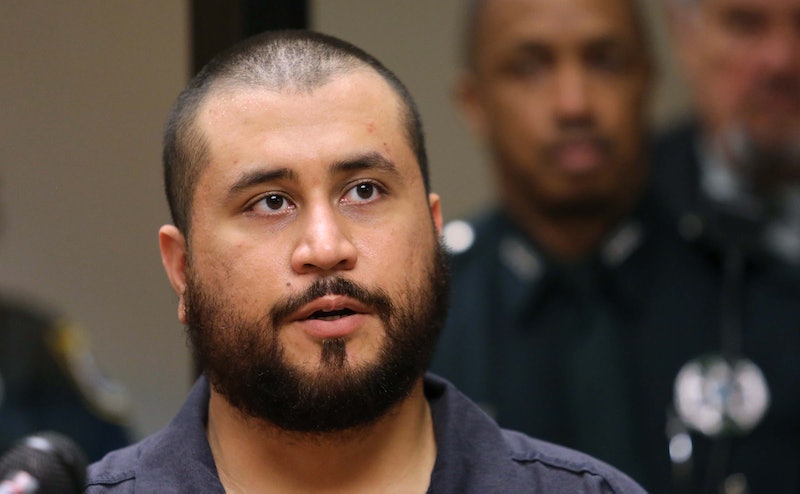 It's been more than four years since George Zimmerman fatally shot 17-year-old Trayvon Martin, and the Florida man just can't stay out of the spotlight. In a sick turn of events, after being acquitted of murder in 2013, Zimmerman is now auctioning off the gun he shot Martin with. As of Thursday morning, the gun didn't have any bids, but had been viewed almost 115,000 times.

Update: As of Thursday morning, the auction has been deleted from GunBroker.com.

Zimmerman listed the 9mm firearm on GunBroker.com, starting the bidding at $5,000 and writing: "Prospective bidders, I am honored and humbled to announce the sale of an American Firearm Icon. The firearm for sale is the firearm that was used to defend my life and end the brutal attack from Trayvon Martin on 2/26/2012."

The gun was recently returned to Zimmerman by the Department of Justice, and he apparently thinks he can make some cash off what he says is a "piece of American History." The post claims the Smithsonian has expressed interest in buying the gun to display, not specifying which of the 19 Smithsonian institutions he was referring to. Zimmerman explained that he's received offers for the weapon, but they were to use the gun in a way he "did not feel comfortable with," though he goes on to say the new owner can use it as they wish.

The auction posting features photos of the gun from Zimmerman's trial, with officers holding the weapon as evidence in court, and says the gun has the case number written on it in silver permanent marker.

He also assured potential bidders that the pistol was fully functional, claiming that his defense attorney stopped attempts by the Justice Department (on behalf of "B. Hussein Obama") to make it inoperable. The last thing you want is to spend thousands of dollars on a gun used to kill an unarmed black teenager, only to find out it doesn't even work. What a tragedy that would be. "I'm a free American," Zimmerman told WOFL Wednesday. "I can do what I’d like with my possessions."